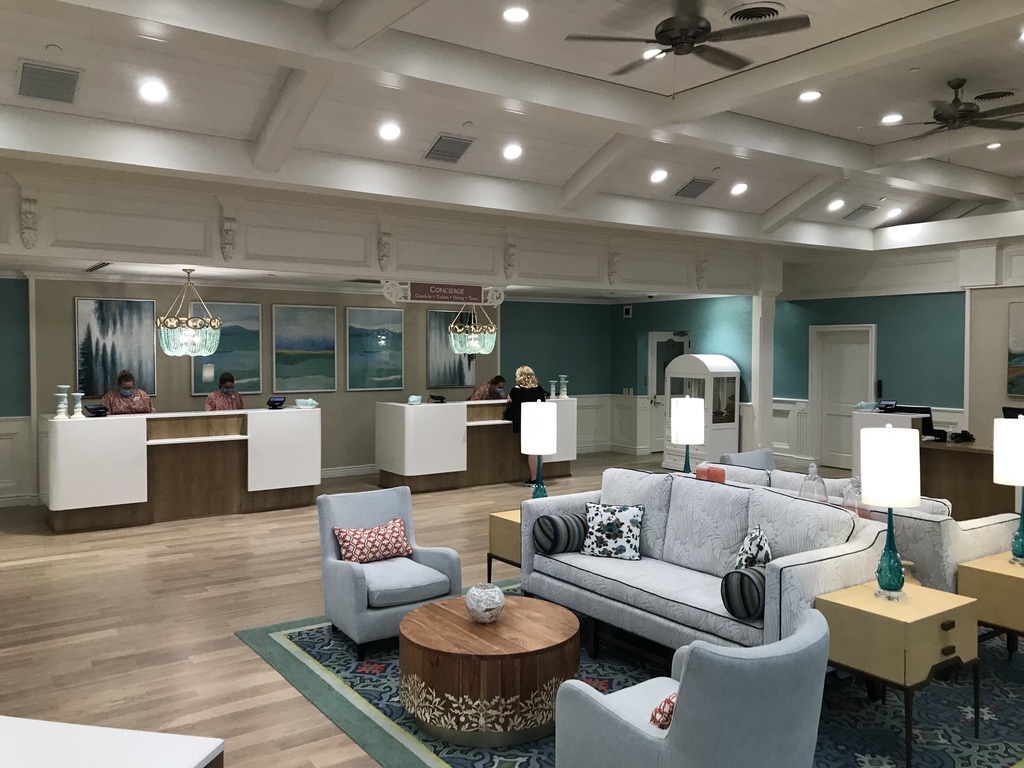 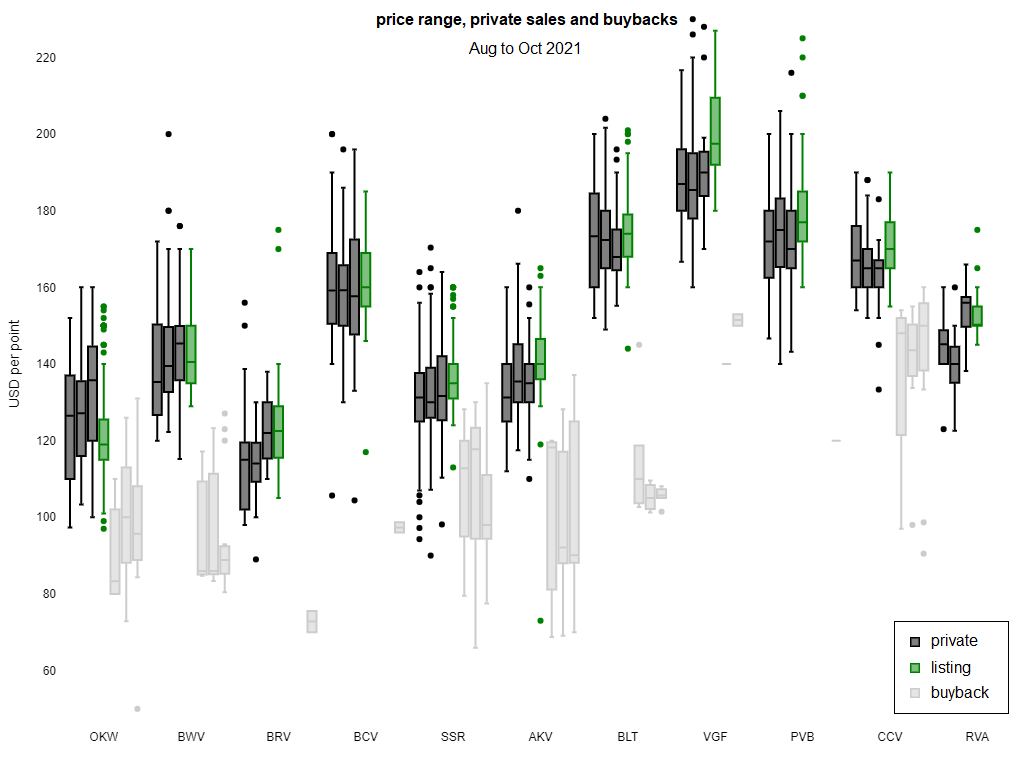 Old Key West median resale price increased by $9 per point to $136 per point after holding steady in August and September at $127 per point. The median price change at the remaining resorts varied due to fluctuations in contract sizes.

Smaller contracts generally attract a premium and can skew monthly market summary metrics. In October 2021, Disney's BoardWalk Villas showed a $5 per point increase in median price from $140 per point to $145 per point. However, when comparing individual sales and trend lines between September and October, the effect of contract size explains the price increase and there is no month-on-month change in the underlying value at BoardWalk. 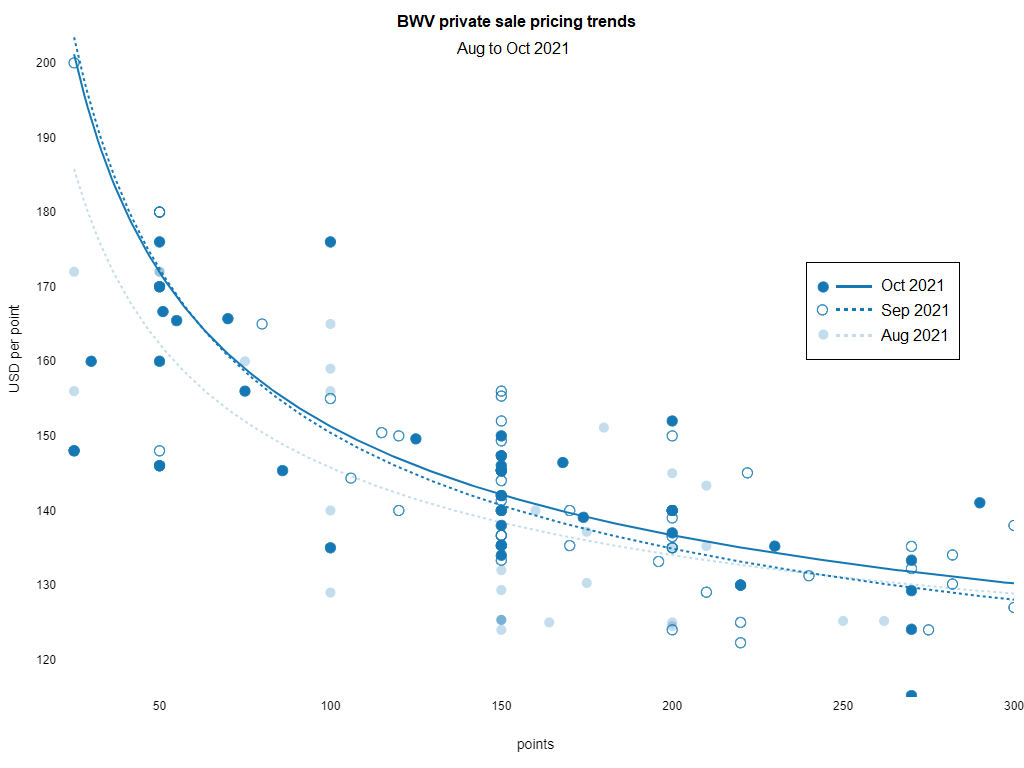 Resale prices for Disney’s Riviera Resort continue to fluctuate. Useful conclusions remain elusive with only 65 total contracts sold in 2021, seven of those during the month of October.

In total, 57k points across 399 private sale deeds were recorded in October 2021 with the Orange County (FL) Comptroller, a decrease of 23% over the prior month. This number is lower than the 100k direct points sold for the same resorts.

Buyback volume increased significantly overall by 48% to 60k points.  This places buyback activity above the 57k points of private resale activity for the month.  Disney Vacation Club has been pursuing buybacks directly with owners which likely contributed to this.  Most resorts increased proportionally in activity compared to September with Disney's Saratoga Springs Resort, Old Key West, and Disney’s Animal Kingdom Villas being the top three resorts with buyback activity.

Old Key West remains a target of buybacks with DVD exercising its Right of First Refusal on a significant portion of recorded sales (75% of recorded points) for a maximum price of $131 USD per point. Across all Walt Disney World resorts, 52% of points (61k points across 353 buyback deeds) were recorded in October 2021. In the case of Old Key West, Disney is able to re-acquire contracts slated to end in 2042 and bundle them with the resort’s 15-year extension.