Many new details have appeared on the combination walkway and dock connecting Disney's Saratoga Springs Resort & Spa to the Downtown Disney shopping district. 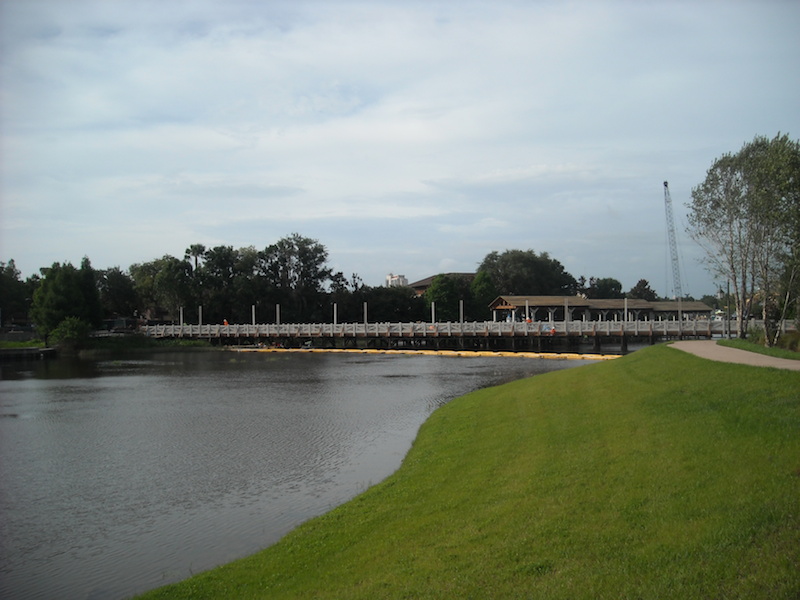 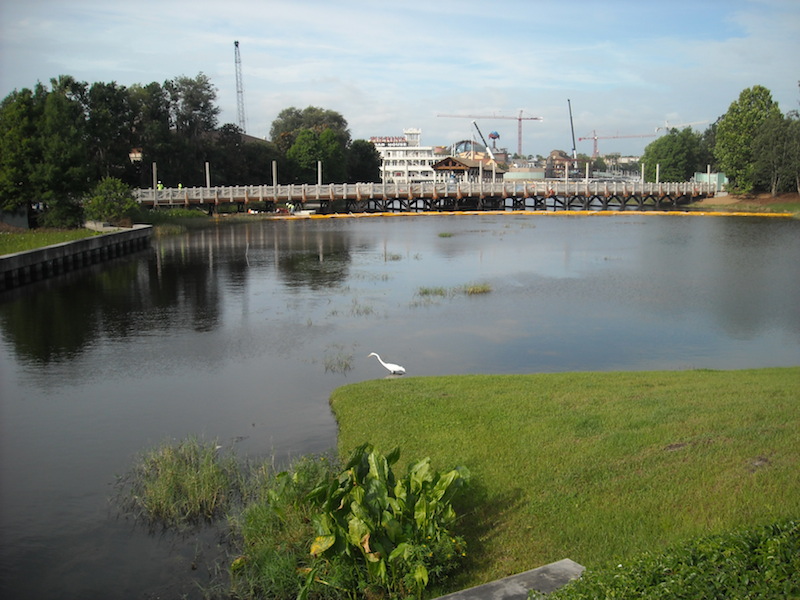 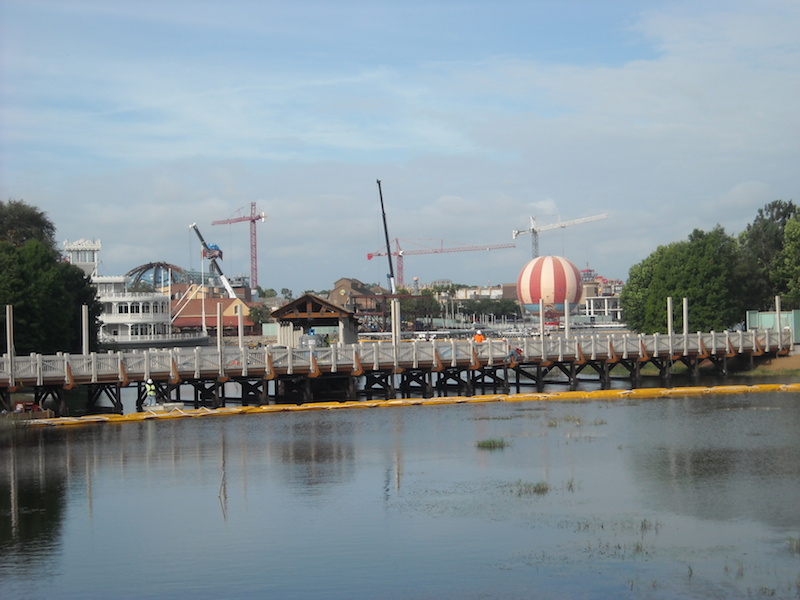 Closer view of the walkway 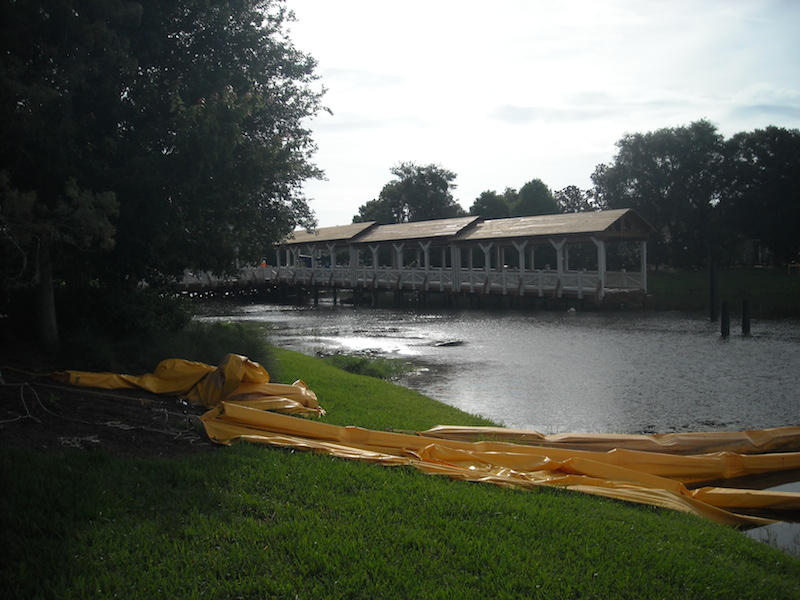 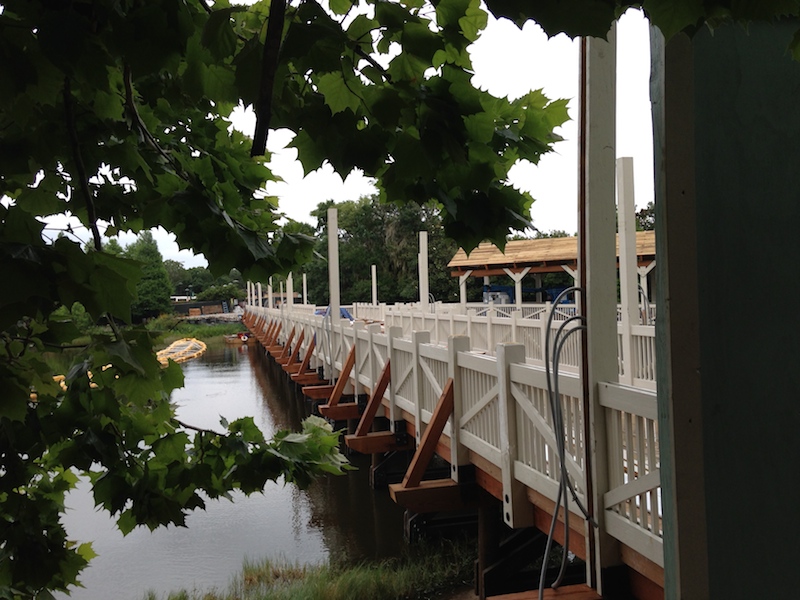 View from the walkway entry point at Saratoga Springs 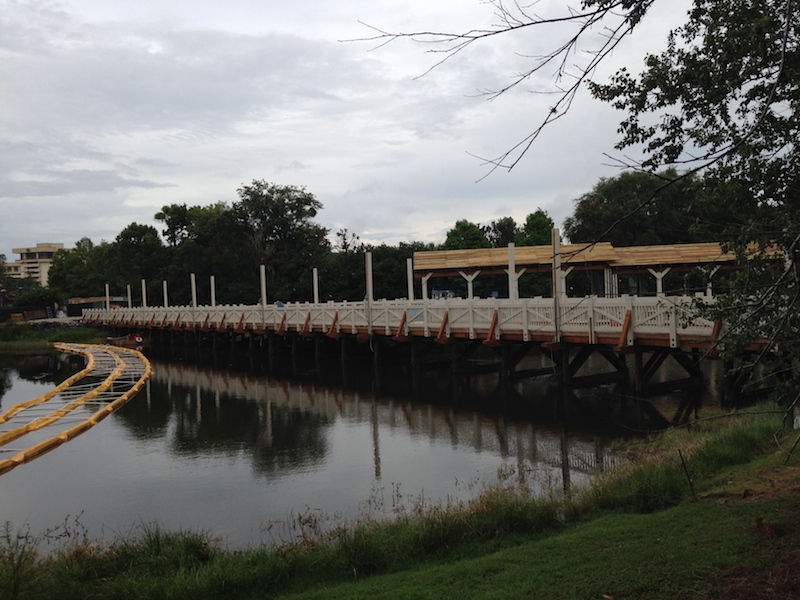 See our prior coverage of the walkway construction for additional details, including an illustration of the structure's placement and configuration.

The walkway construction is part of a multi-year expansion project currently under way at Downtown Disney.  The renamed Disney Springs shopping district is scheduled to debut in 2016.