Friday Feature: A Visit to the BoardWalk Community Hall 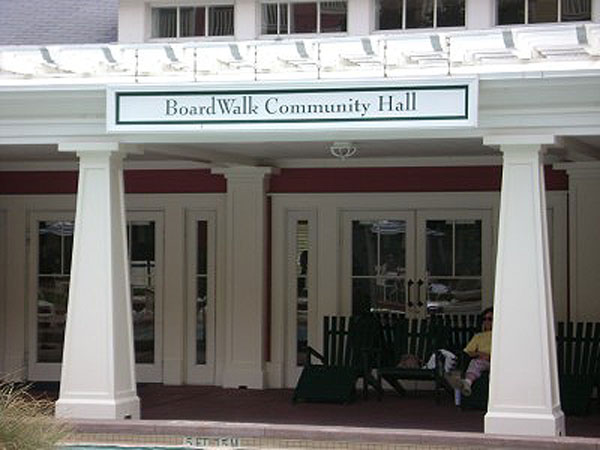 If you've never visited one of the DVC resort Community Halls, you are missing out on an  experience that can only enhance your visit to Walt Disney World.

Today guest columnist "jiggerj" takes us inside her afternoon at the BoardWalk Community Hall, sharing details on some of the activities and perks provided to members...most available free of charge.

Rumors of the Disney Vacation Club adding units to Disney’s Contemporary Resort are almost as old as DVC itself.  After all, it seemed like the prefect solution to the problem that the Contemporary had become:  an aging eyesore that held little appeal to Walt Disney World guests despite its status as a landmark resort and its prime location within a stone’s throw of the Magic Kingdom.  Rumors regarding the CR were commonplace, and often of the “my brother’s girlfriend’s cousin who is in the College Program said…” variety.  Over time these rumors were given as much credence as stories of a fifth theme park or upcoming monorail expansion.