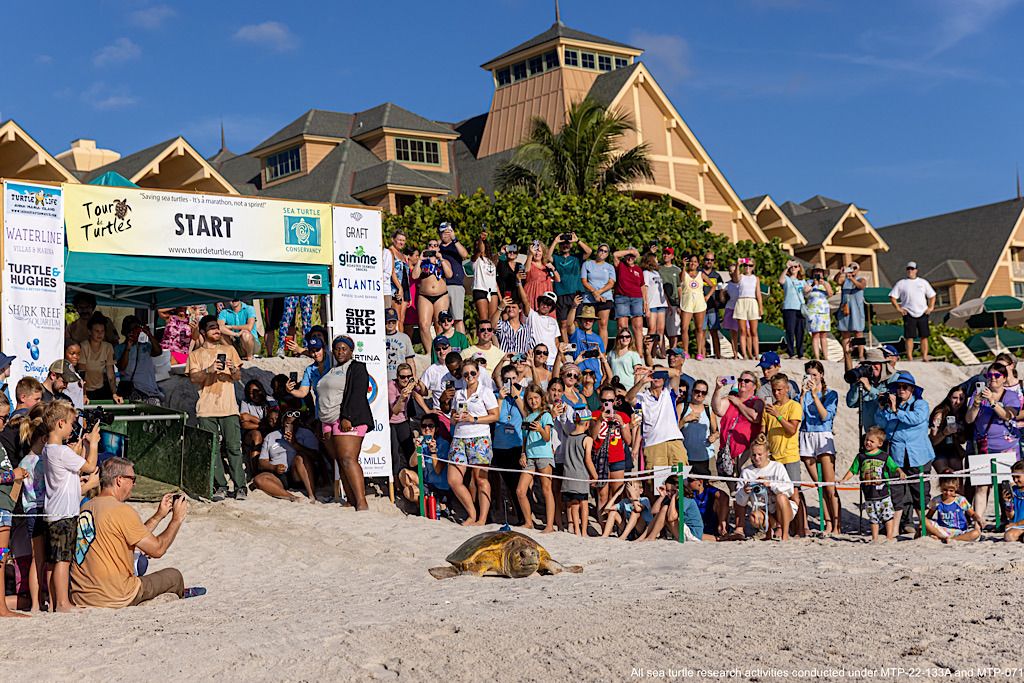 In late July, Disney Conservation Team, in conjunction with the Sea Turtle Conservancy, released two turtles off the Atlantic coast. Neytiri and Ronal---whose names are inspired by the upcoming film "Avatar: The Way of Water"--will compete with 19 others to see who will swim furthest and win the "Tour".

Each year, turtles build nests in the surrounding beach before beginning their migration. Mark Penning, Vice President of Disney’s Animals, Science and Environment commented on the annual event, stating that “Disney’s commitment to sea turtle conservation in Vero Beach spans almost 20 years, and we are very proud to have recently watched our 1 millionth sea turtle hatchling leave the nest and shuffle its way to the ocean,”

Researchers study tracking data from the migration to better understand their behavior, aiding in creation of conversation policies and methods. Since 2008, Disney and STC have collaborated on the release of 26 turtles. The Disney Conservation Fund has contributed more than $4.7 million to assist with global sea turtle conservation efforts.

Disney recently awarded a grant to develop youth programs in Brevard County. Students participating in these programs were invited to attend this year's Tour de Turtles.

Additional details regarding this program can be found at www.tourdeturtles.org.