Workers continue to make progress on the walkway / dock which will run between Disney'sSaratoga Springs Resort & Spa and the Downtown Disney Marketplace. 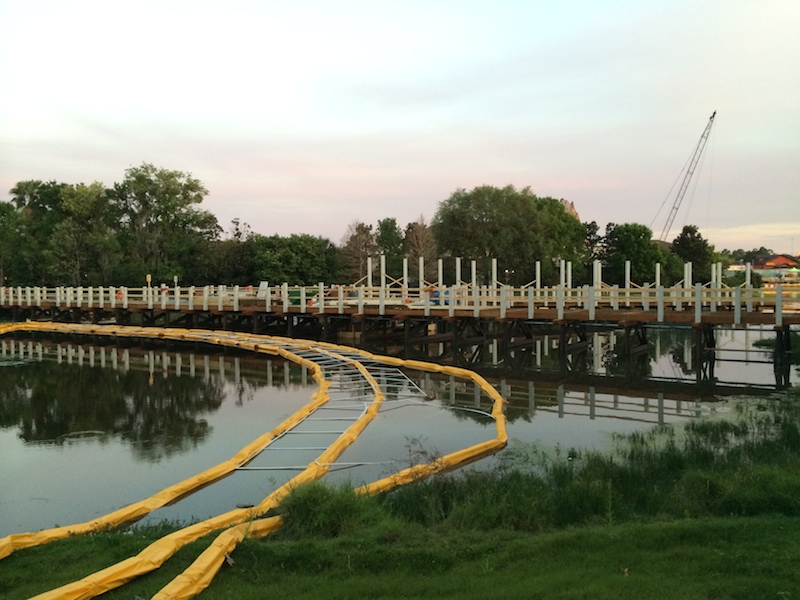 As part of the dramatic expansion and rebranding of Downtown Disney into the Disney Springs shopping district, a new watertop walking path and boat dock is being constructed.  The path shortens the existing walk from the Saratoga Springs Congress Park area to Downtown Disney by crossing over a narrow section of Village Lake. 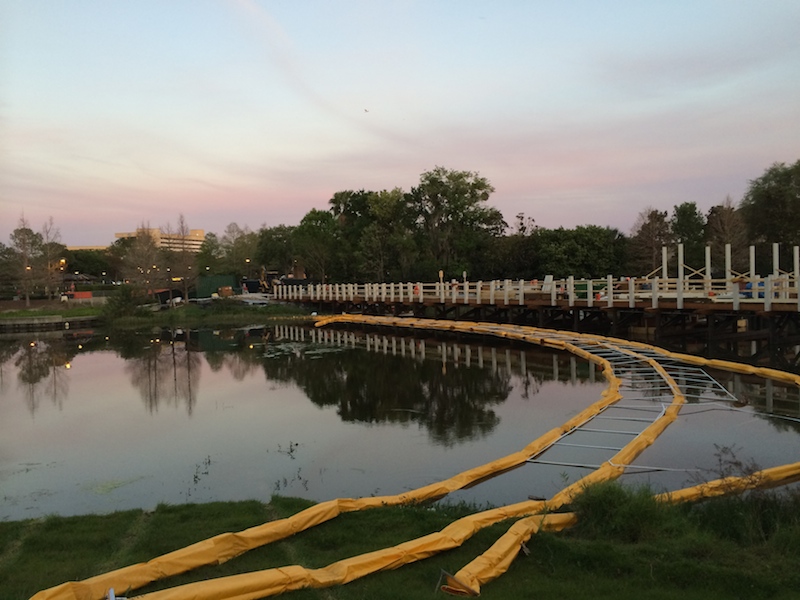 Walkway from Saratoga Springs to DTD as viewed from SSR

The current path runs alongside heavily traveled Buena Vista Drive to the east of Saratoga Springs and Downtown Disney. 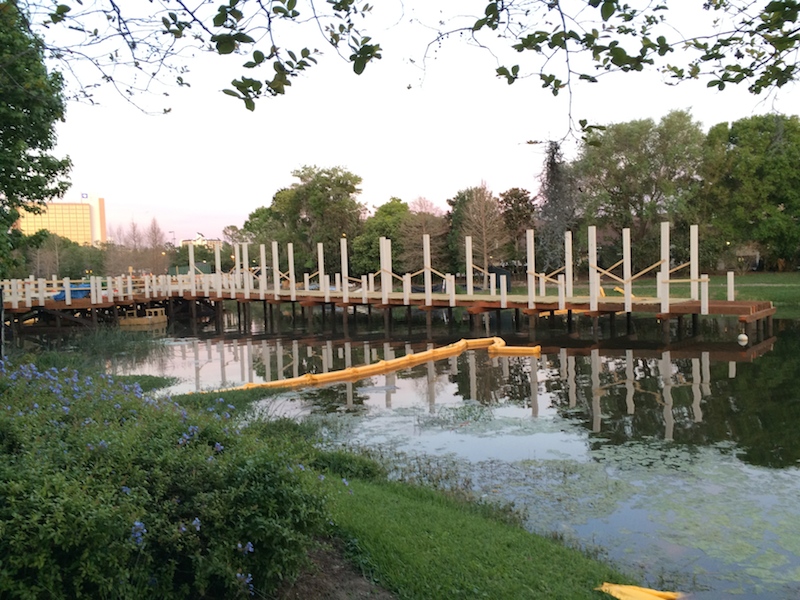 The route alterations may not seem dramatic from overhead images but are likely to reduce walking time by approximately 5 minutes in each direction. 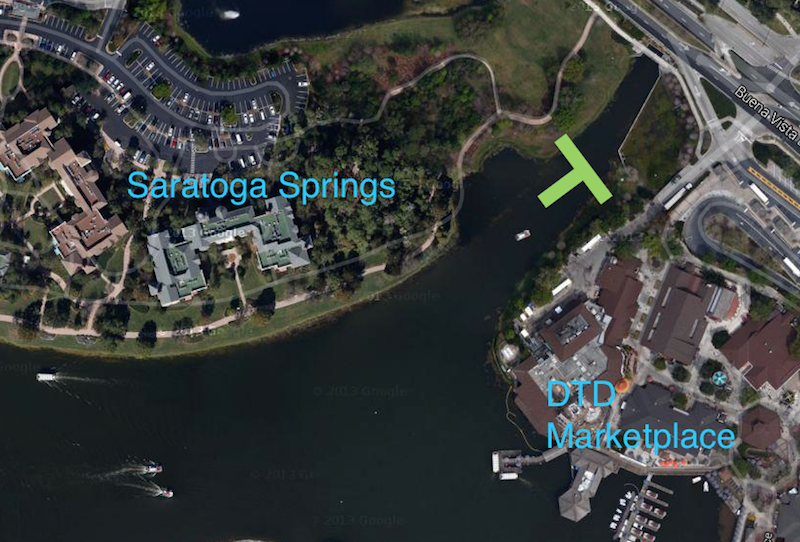 The new structure is T-shaped in design, with the shorter part of the "T" connecting the resort and shopping plaza, and a longer dock extending into Village Lake. 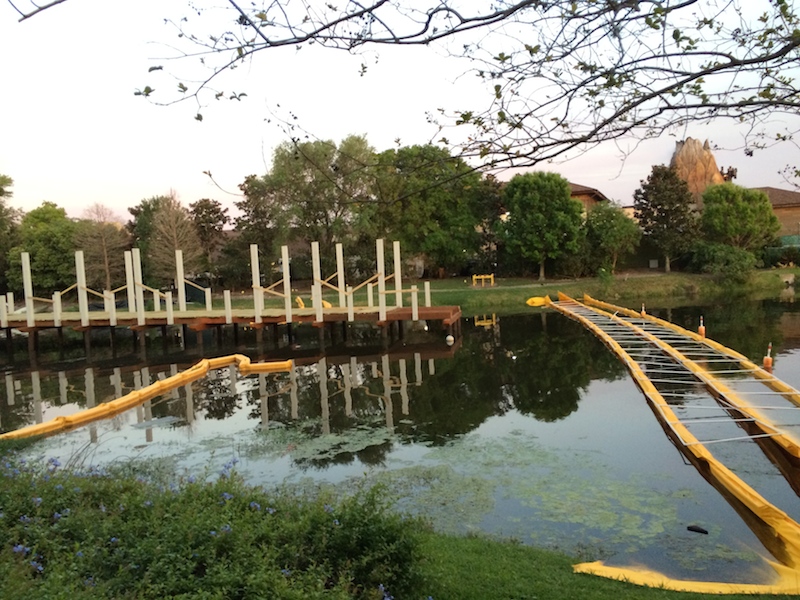 One individual we spoke with claims that the design is intended to allow boats to dock at this location.  There were no specifics on whether or not Disney plans to actively ferry guests on its Sassagoula riverboats from or to this site.