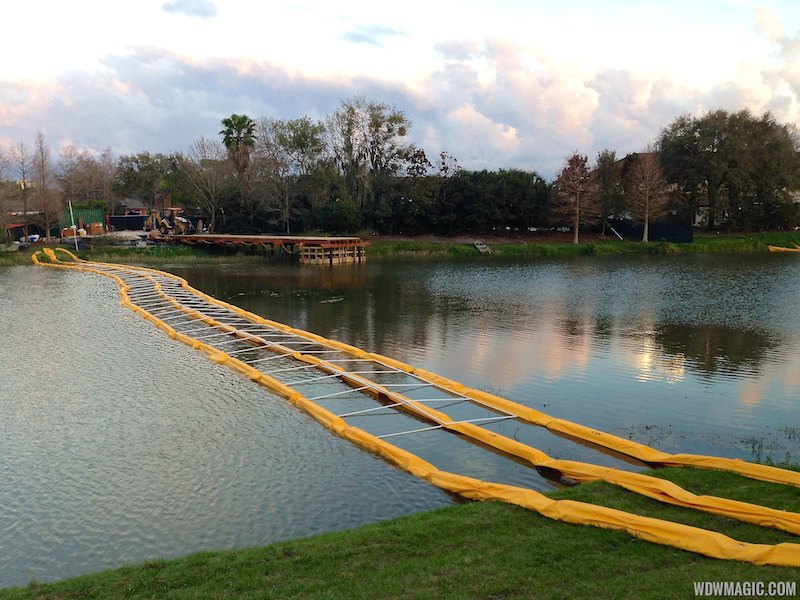 Included in the plans to transform Downtown Disney into the larger Disney Springs shopping district is a new walkway linking the area to the Saratoga Springs resort.  Website WDWMagic.com reports that construction is beginning on an elevated bridge which will cross the lake, linking the Disney Vacation Club resort to Disney's shopping district.

The original path--which required guests to walk alongside Buena Vista Drive--closed back in July 2013.

No timetable for completion of the walkway is currently known.