Disney's Riviera Resort has yet to make its debut but more information continues to emerge regarding the sixteenth Disney Vacation Club property including new concept art and theming for one resort restaurant.

During the 2019 D23 Expo in Anaheim, California, Disney used its "Disney Parks, Experiences and Products" session to release a bit of new information regarding Reflections, a Disney Lakeside Lodge. The image above showcases the entry to the resort with the tagline "The Wonders of Nature are Endless" prominently displayed as visitors approach.

The resort will feature a combination of Disney Vacation Club villas and traditional hotel rooms. Balcony size and layout suggests that the hotel rooms are located in the wing to the right of the main entry while DVC villas are located to the left.

Disney has confirmed that the resort's waterfront restaurant will be themed around the Disney animated film "The Princess and the Frog." While images suggest a table service dining facility, Disney did not reveal if plans call for an elite "signature" dining venue. 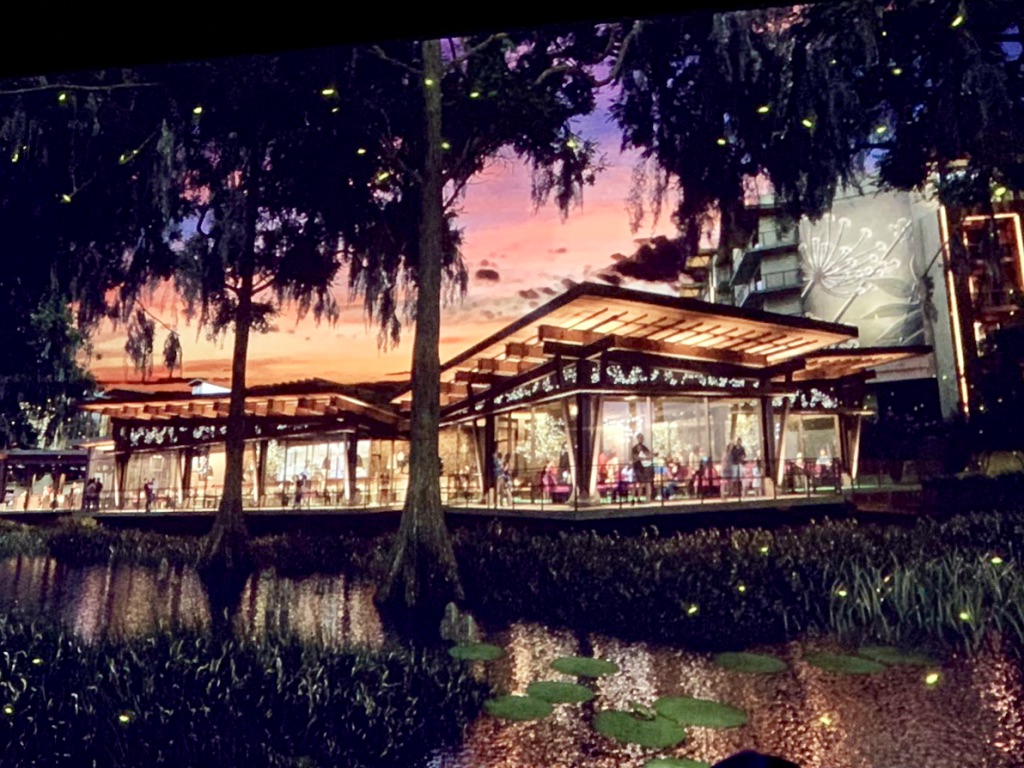 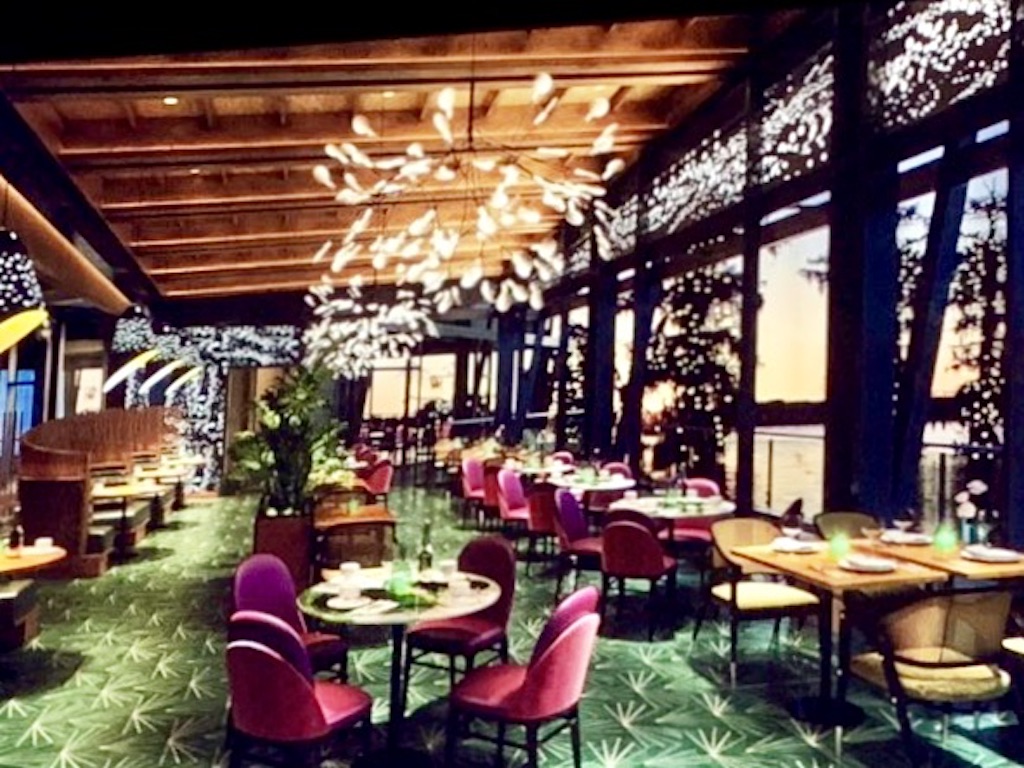 The original press release for Reflections mentioned a variety of unique accommodation types. These stilted treehouse-type structures appear to be one of those unique guest rooms. It is not known if these rooms will be allocated to the hotel or made available as DVC villas. 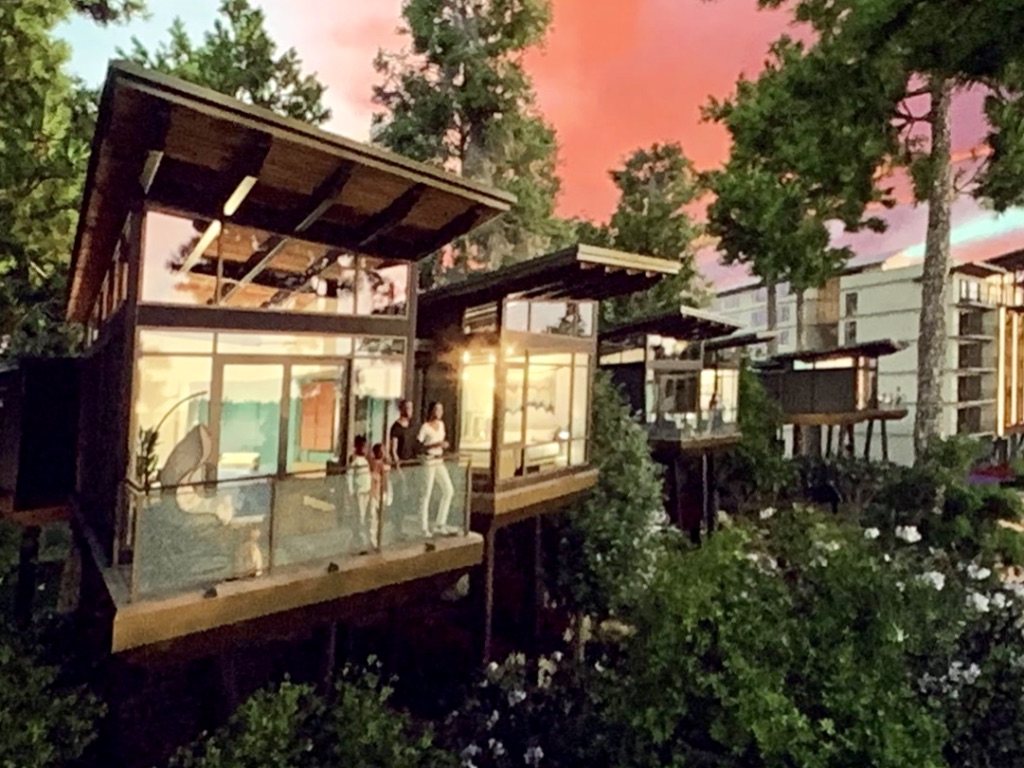 Also on display was a logo graphic for the resort. 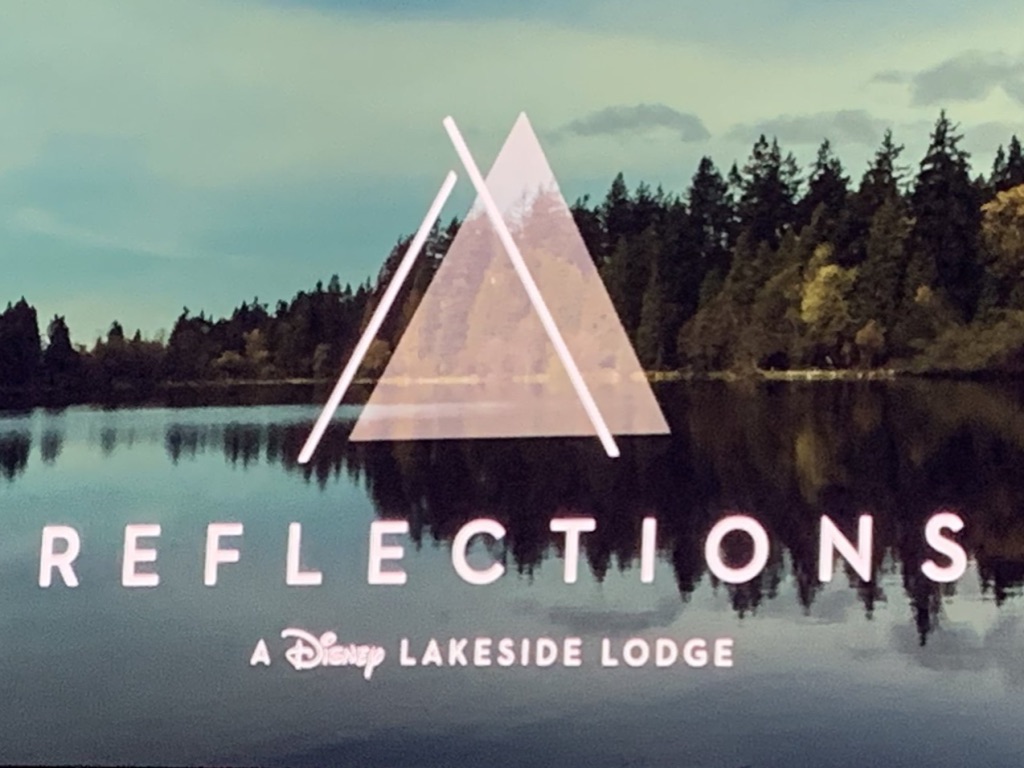 Reflections, a Disney Lakeside Lodge is currently under construction adjacent to Disney's Fort Wilderness Resort and Campground on a site that previously hosted the River Country waterpark. Plans call for about 900 hotel rooms and villas with a scheduled opening in 2022.