Written by Tim Krasniewski. June 16 2020 Posted in Other Resorts News

An overhead image captured four days ago of the construction site for Reflections - A Disney Lakeside Lodge adds to fears that the project has been sidelined. 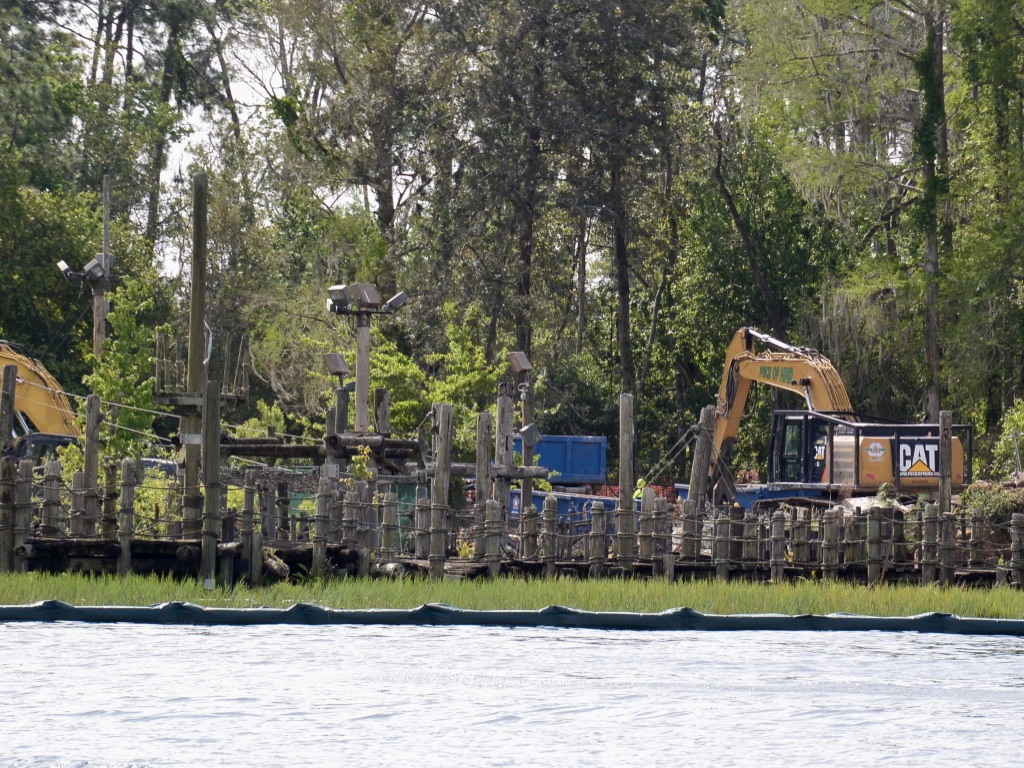 On Sunday rumors emerged that the forthcoming Disney Vacation Club project had been postponed indefinitely or cancelled entirely. Two days earlier, Twitter user @bioreconstruct posted a series of overhead images from the Walt Disney World property. Among them is a photo of the construction site. Noteworthy in this photo is the absence of any heavy construction equipment and the light greenish tint across much of the land.

Apologies for the skid in this aerial. A nearly straight down view of Discovery Island and site of Reflections - A Disney Lakeside Lodge. Zoom in at arrows to see where a refurbishment is underway of the waterside nature trail. pic.twitter.com/PPbNP0vPhA

One explanation for the green is that the site has been sprayed with grass seed. In this case, the seed would be used to prevent the soil from eroding when left unattended for an extended period, and subjected to Florida weather conditions.

A February 29 post from@bioreconstruct shows very conditions just days before the COVID-19 shutdown. In the earlier image, two large cranes are visible working on the property and the green coloring is not present.

Aerial overview of Reflections: A Disney Lakeside Lodge. Notice how the former River Country inlet has been filled in. (Compare to Google Maps.) pic.twitter.com/lORscUPCeM

We want to stress that the demise of Reflections is strictly a rumor at this point. However, the Coronavirus has undoubtedly altered the timelines for Disney Vacation Club's future point needs. Prior to the COVID shutdown, our Wil Lovato estimated that it could take 48 months to sell all of the points at Disney's Riviera Resort. That would place its sellout in early 2024, a target which will certainly fall behind as a result of the pandemic.

Reflections was originally slated to open in 2022. Disney may now find itself without a need for additional DVC points until 2-3 years beyond that date. Meanwhile, it appears plans are still on track to open a second Disneyland DVC destination. Villas at Disney's Grand Californian Hotel opened way back in 2009. A new addition on the west coast would not only help meet demand for additional Disneyland timeshare accommodations, but could also reduce interest in Florida-based points.