Florence Shifts to the South as Disney Closes Resort

Despite the rescission of a mandatory evacuation order, Disney's Hilton Head Island Resort closed as planned on Tuesday. Meanwhile Hurricane Florence has shifted to the south, increasing risk to the Disney timeshare. 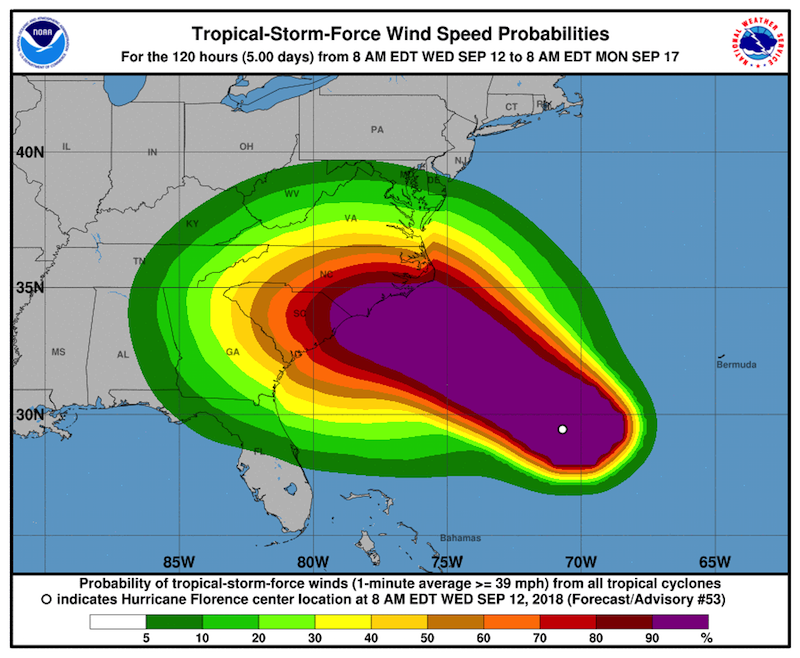 South Carolina Governor Henry McMaster issued an evacuation order on Monday, September 10 only to rescind it a day later. With plans already in motion, Disney Vacation Club followed through with plans to shutter the resort days before the storm's arrival. A Disney spokesperson provided the following statement on the situation:

In an abundance of caution, the resort has already evacuated all of its Members and Guests and the resort remains closed as the team prepares for the coming storm and ensures the safety of its Cast and their families. Once the storm is no longer a threat to the resort, the resort team will assess any damage to the property and determine the best timeline for reopening.

The resort is tentatively scheduled to reopen on Tuesday, September 18. However that timeline is very fluid.

The governor did not reinstate the evacuation order on Wednesday despite southward shift in the storm's path, bringing it closer to the Hilton Head Island area. The lastest update on IslandPacket.com--citing data from the National Hurricane Center--indicates that the "cone of uncertainty" continues to expand further south to an area that includes Beaufort County.

Florence has weakened to a Category 3 storm but the size of its wind field has increased. There is still a risk of high winds and significant rainfall in the Hilton Head area. The above graphic from the National Hurricane Center indicates a 70% probability that Hilton Head will experience sustained tropical-storm-force winds in excess of 39 mph.

The storm is expected to come ashore early Friday morning, most directly striking the southern half of North Carolina including the city of Wilmington.