Roadway modifications are planned in the area surrounding Disney's Grand Floridian Resort & Spa which include widening of the road from 2 to 4 lanes and the addition of three roundabouts. 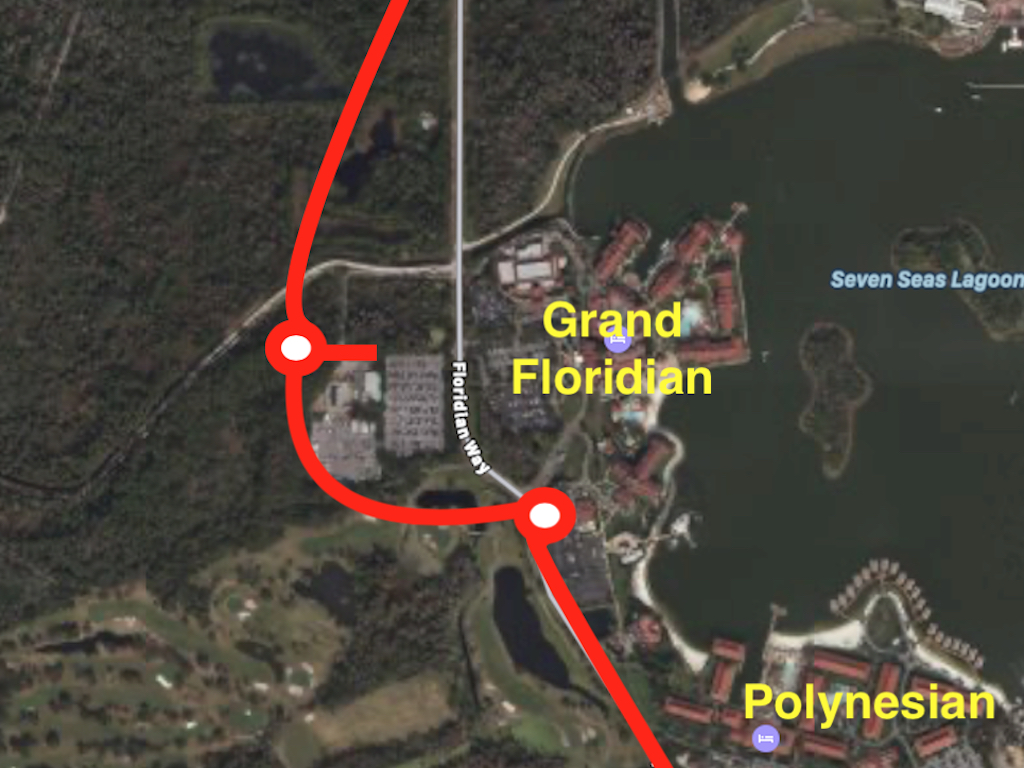 WDWMagic.com uncovered permits filed with the South Florida Water Management District, featuring adjustments to roadways on the west side of the Magic Kingdom resort area. Floridian Way will be re-routed around backstage support areas and widenened to four lanes. Additionally, three roundabouts will be added along the route, with one feeding directly into the Grand Floridian resort. 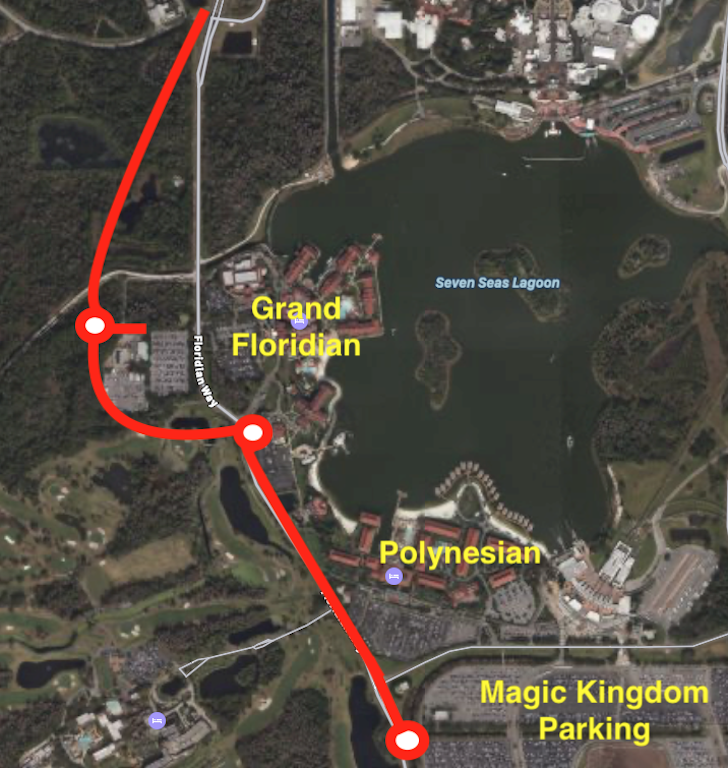 The other two roundabouts are positioned at an exit point from the Transportation and Ticket Center parking lot and to allow access to the Grand Flordian overflow parking, cast parking and support facilities currently positioned on the opposite side of Floridian Way.

The middle of the three roundabouts is positioned at the current entrance to the  Grand Floridian. The blue section of Floridian Way will be bypassed with the orange entry drive into the resort remaining largely untouched. 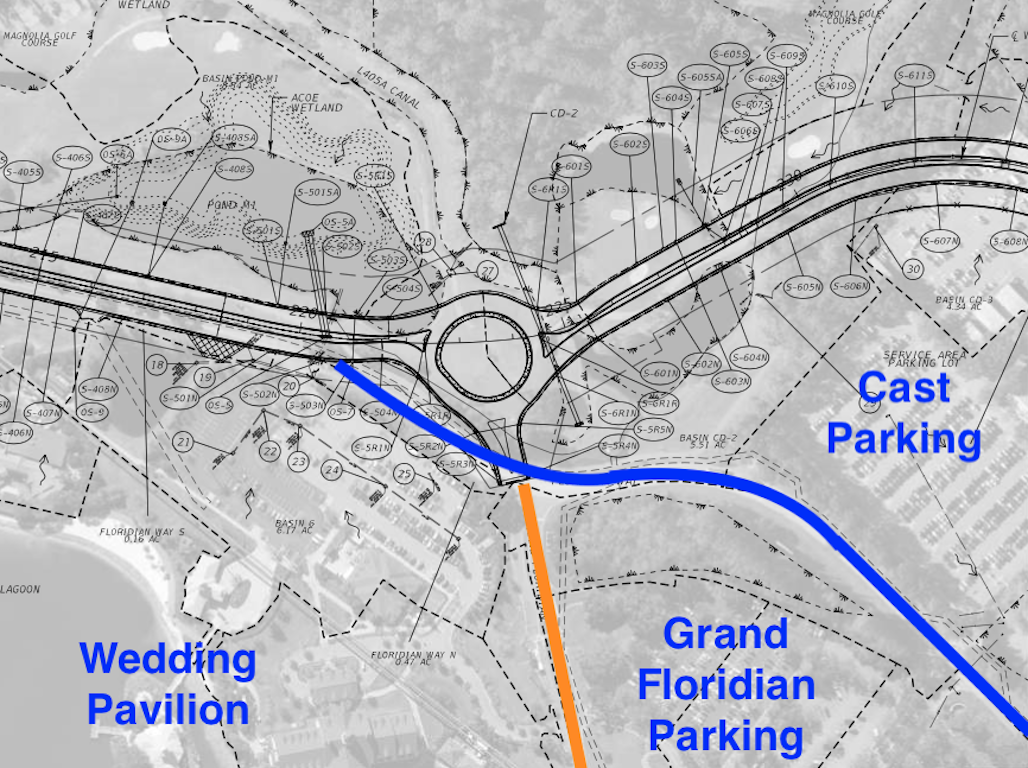 Further up the road, this theoretically creates a larger plot of land between Floridian Way and the Magic Kingdom & Seven Seas Lagoon which could be used for future development. The current Floridian Way (blue) can be removed with the new route (red) in place. However, current permits do not suggest any immediate plans for construction. There are also wetlands considerations in this area. 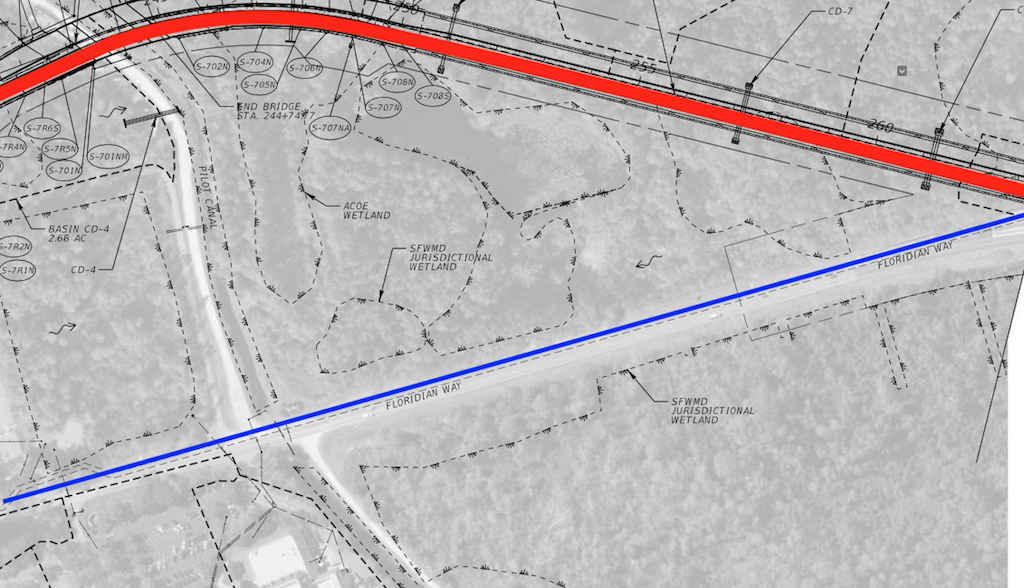 The permit application cites 1.97 miles of new roadway, with the plan encompassing more than 70 acres of land. Plans for the roadway modifications were submitted in early October and are currently under review.