Tomorrowland at Disneyland theme park will be home to a new lounge exclusively for Disney Vacation Club members starting in 2023. 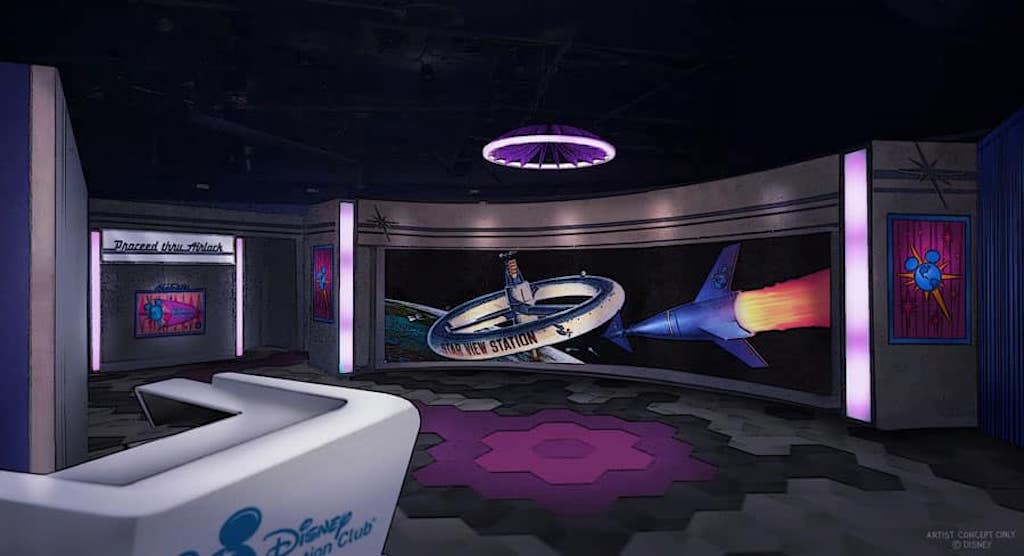 DVC has announced plans to add a new members-only lounge to Tomorrowland at Disneyland. The space will be located on the second floor of Star Wars: Launch Bay, with an anticipated opening in the first half of 2023.

Similar to the members-only lounge located at EPCOT, the new facility will be staffed by DVC's Member Service team. It will feature comfortable seating, wi-fi access, charging stations and more. The lounge will be open daily, and be available to all owners who qualify for Membership Magic.

The current member-exclusive lounge opened at EPCOT in 2016 as part of DVC's 25th anniversary celebration. Bay Lake Tower's Top of the World Lounge recently reopened, and is now available only to those who qualify for Membership Magic.

Disney Vacation Club is in the process of constructing a new facility on the grounds of the Disneyland Hotel. The new tower will consist of more than 300 units with a combination of studio, one bedroom, two bedroom and three bedroom villas, along with 2-person pods similar to the Tower Studios located at Disney's Riviera Resort. The Villas at Disneyland Hotel will increase the number of DVC rooms at Disneyland 5-6 fold. The tower is scheduled to open in 2023.