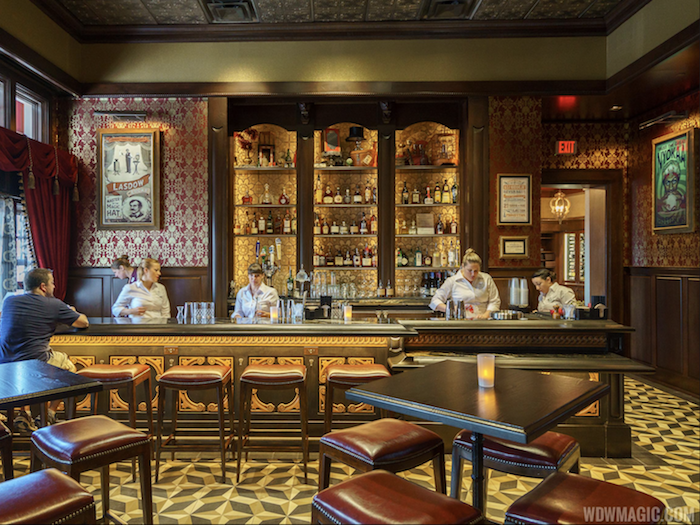 Earlier this week saw the debut of AbracadaBAR, the magic-themed lounge on Disney's BoardWalk.  Filing the space formerly occupied by Seashore Sweets', the lounge is easily accessible to guests waiting for reservations at Flying Fish or Trattoria al Forno, while also serving as a destination all its own.

For additional photos of the bar, vist WDWMagic.com.

AbracadaBAR is the second new addition to Disney's BoardWalk in 2016.  In the spring, ice cream parlor Ample Hills Creamery debuted in the space formerly occupied by the ESPN Club video arcade.