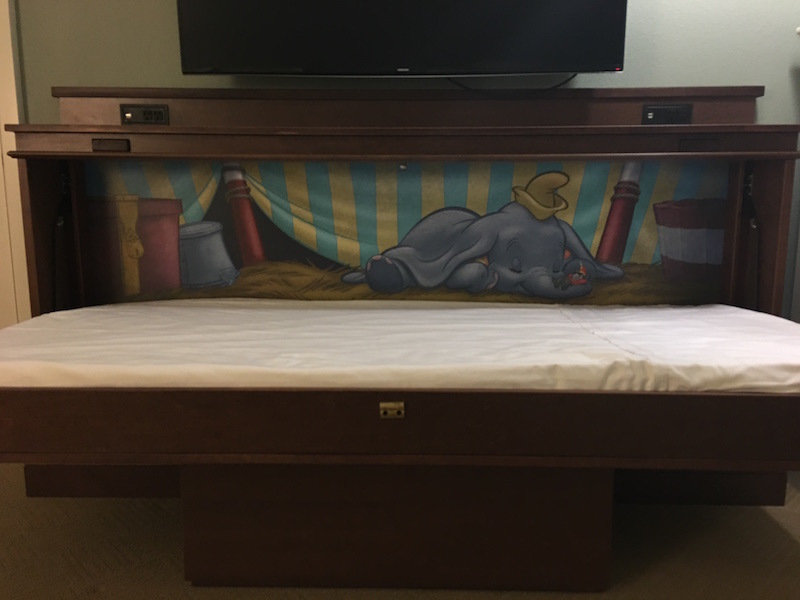 During its 2016 refurbishment, twin-size folding sleeper beds were added to all Deluxe Studio villas at the Beach Club.  In conjunction with the queen size bed and full sleeper sofa, Studio rooms are now equipped to sleep a total of five guests.

While the refurb was still in progress, Disney Vacation Club left Studio occupancy capped at four guests because they could not guarantee a renovated room for guests who needed the additional capacity.  But now that the work is done, the expanded room capacity has been made official.

No changes were made to the capacity of One Bedroom Villas.  With one king size bed and a queen sleeper sofa, these rooms still sleep only four guests.  However, DVC has continued its long-standing policy of allowing five guests in a One Bedroom.  Rollaway beds, air beds and other temporary accommodations are not provided by the resort, leaving guests to make their own arrangements if they plan to exceed the room sleeping capacity.

Similarly, dedicated Two Bedroom Villas at the Beach Club sleep eight guests but DVC will allow a total of nine.  Lockoff Two Bedroom units should sleep nine due to the fold down sleeper in the Studio room.

For details on the Studio sleeper bed, refer to our coverage of last year's modifications to Disney's BoardWalk Villas.