The guest room refurbishment at Disney's Beach Club Villas is well under way with many rooms already re-opened for guest use.  Let's take a look at where the project currently stands today. 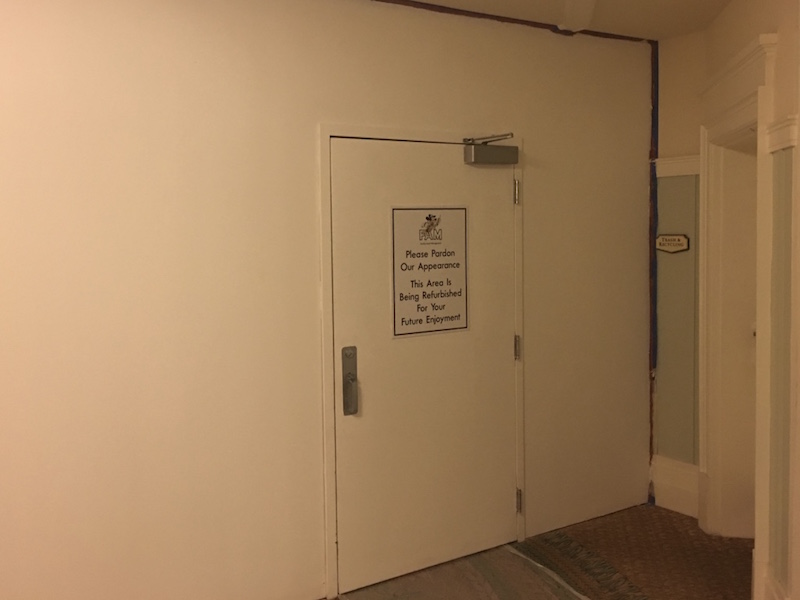 Workers are taking the approach of renovating all five floors of a given wing simultaneously.  This would seem to be a wise approach as it eliminates the disruptions caused by having occupied rooms above or below rooms which are under construction.

At this point, all villas numbered x39 to x52 are renovated and open to guests.  This represents about 20% of the Disney Vacation Club villas.  In the image below, the blue circle illustrates rooms which have been refurbished.

Currently under construction are villas numbered x38 to x78, surrounded by a red circle in the image above.  This large wing contains about 40% of the resort's guest rooms, meaning that once it re-opens for guest use, over half of the villas will be fully updated.  A temporary construction barricade which restricts access to the workzone on all floors. 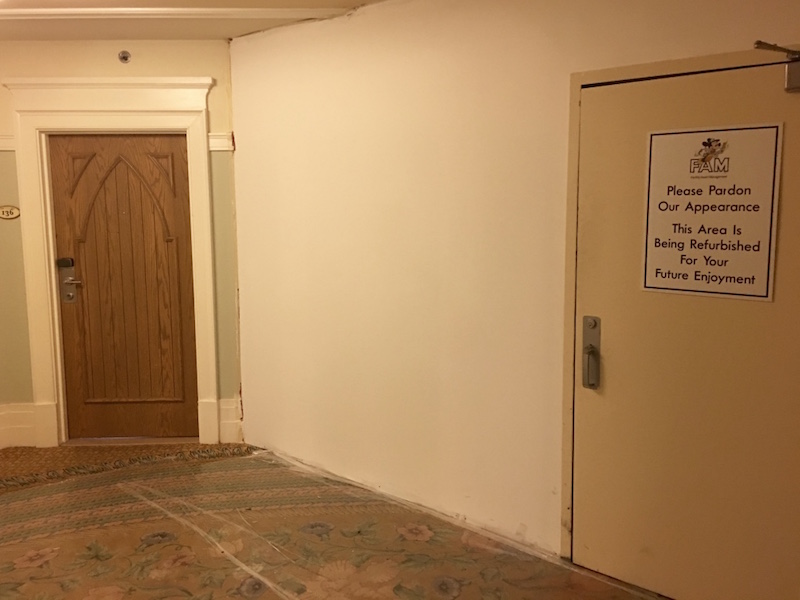 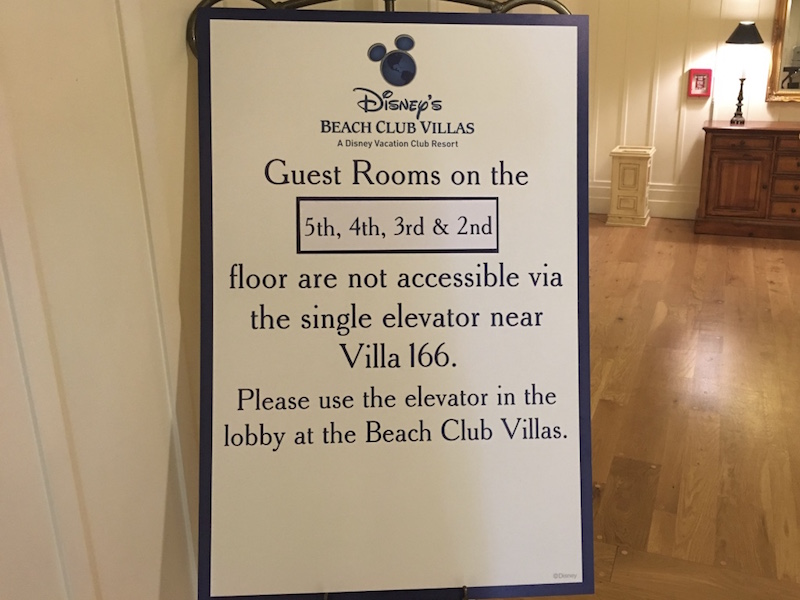 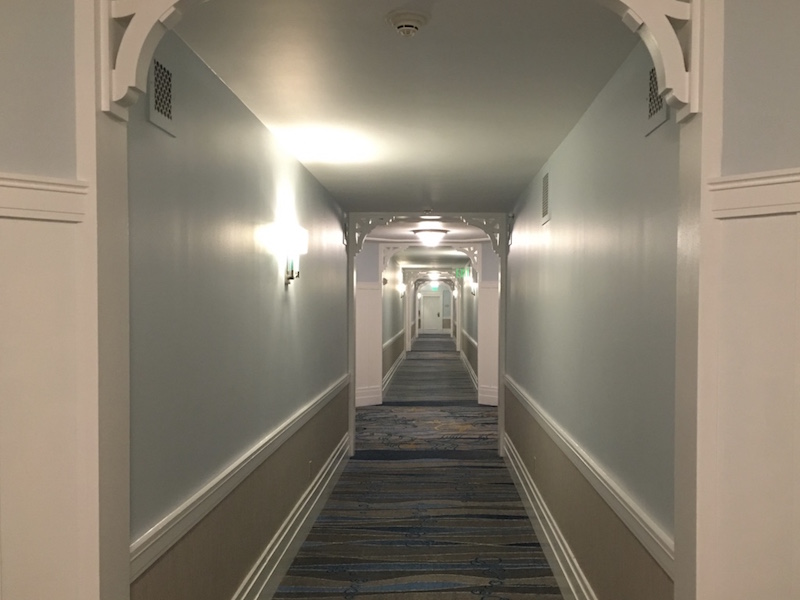 Hallway carpeting is clearly beach-themed, with quite a few "Hidden Mickeys" to be discovered. 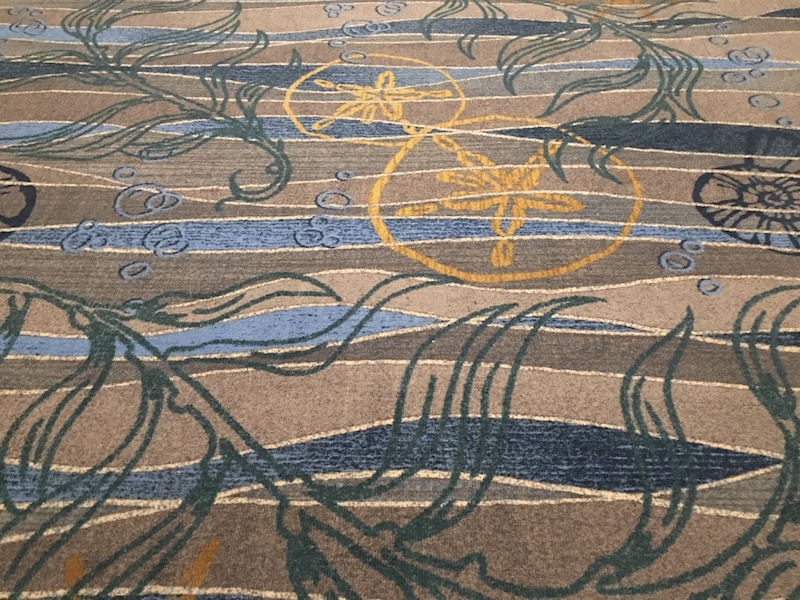 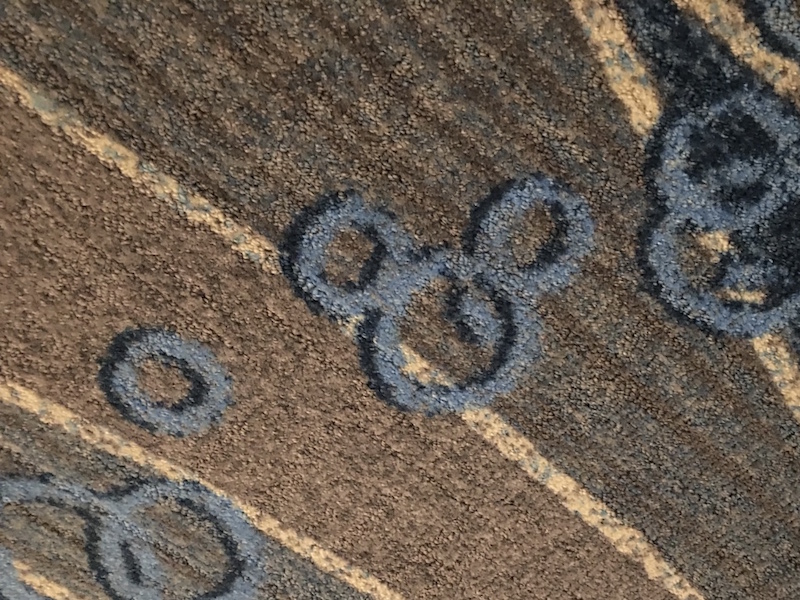 Compare the updated hallway decor to the resort's previous design.  The first image below depicts the original hallway carpet and paint scheme.  The second image shows a similar space on one of the newly-renovated floors.  Finally the third image below showcases a drab gray pattern which was installed more than a year ago to test new decor.  The gray carpet in this last image is not being used in the final refurb design, and will be removed as work progresses throughout the resort. 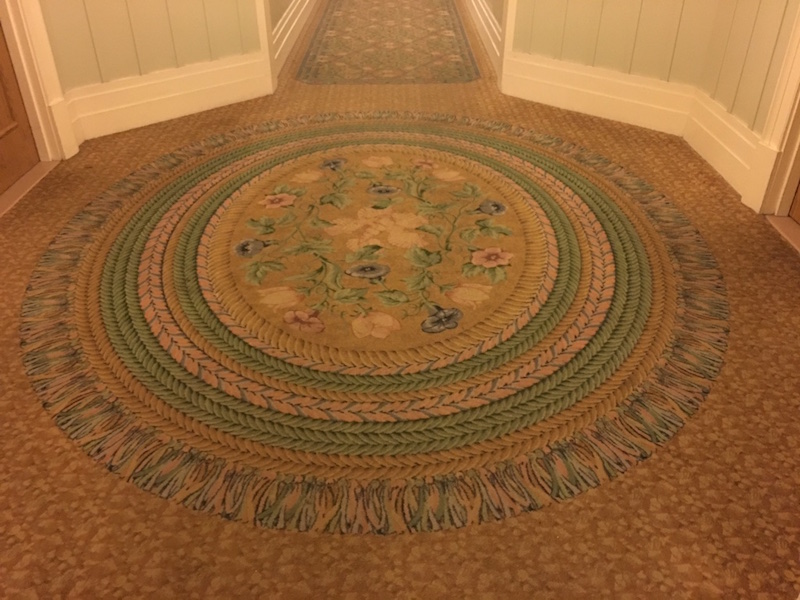 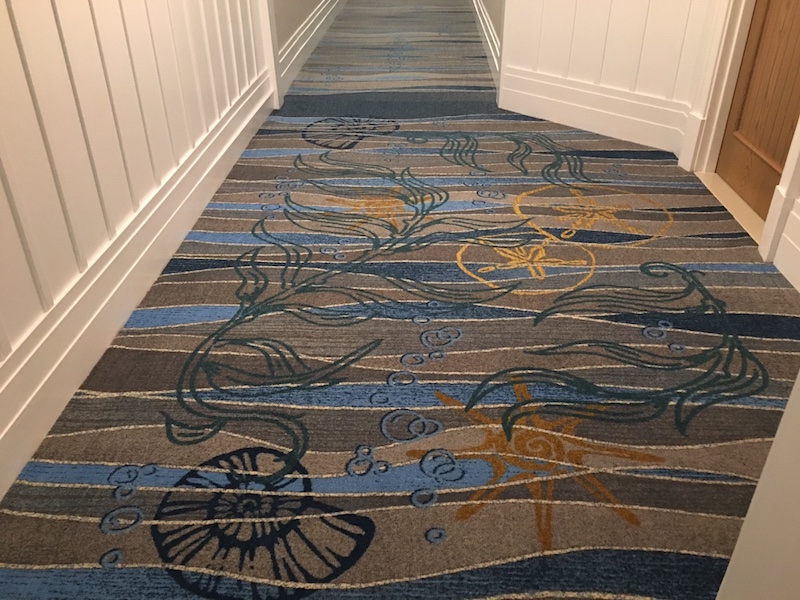 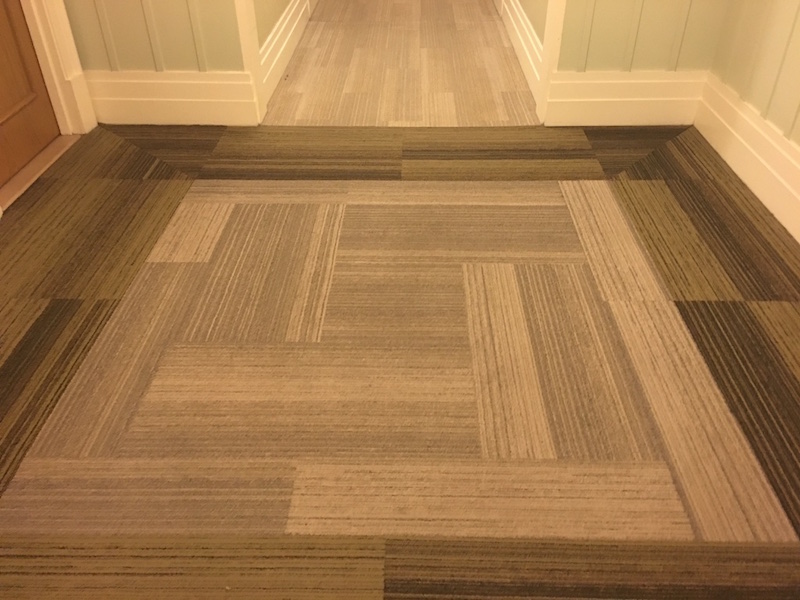 Renovations are expected to be completed by summer 2016.  Interior room photos can be found in our prior coverage.