The guest room renovations are scheduled to begin in late-March 2015 and run through late-June of this year.  Small blocks of rooms will be removed for service and renovated, meaning that guest stays in the refurbished villas should commence in early April. 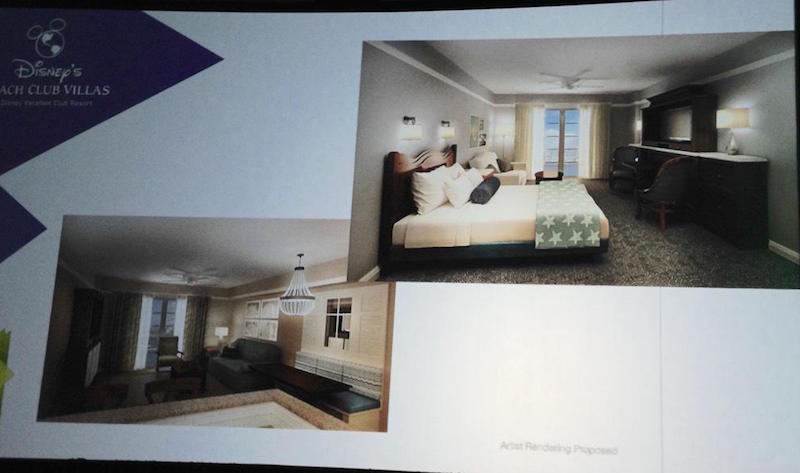 According to Disney Files Magazine, the major in-room modifications include new furniture, carpet, flooring, curtains, linens and stainless steel appliances.  Upgrades to the electrical system will add USB charging stations and additional electrical outlets to the villas.  Deluxe Studio villas are being expanded to accommodate 5 guests with the addition of a fold-down sleeper.

Elsewhere at the resort, a billiards table has been added to The Drawing Room located at the entrance to the villa wing.  The table is available free to guests 24 hours per day.