It appears that guest rooms at Disney's Beach Club Villas are in the midst of receiving new mattresses.

Over the past few days we have received multiple reports from guests at Disney's Beach Club Villas indicating that the mattresses in their villas had been replaced mid-stay.  One guest fowarded a photo of replacements stacked in the resort hallway, waiting to be installed. 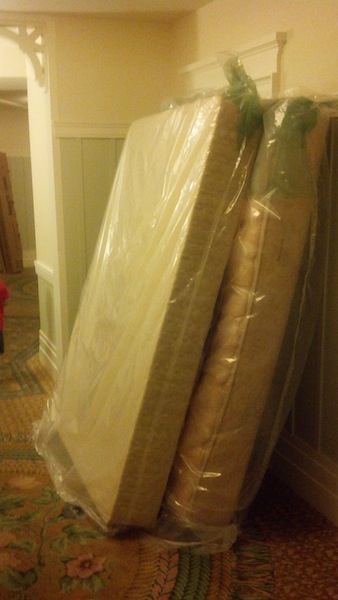 Mattresses fall under the heading of "soft goods" and are periodically updated.

At the December 2011 association meeting it was reported that Disney had 2012 earmarked for design work on an eventual large-scale Beach Club refurbishment project.  No word on when that project may commence.

Thanks to Michael for the photo!