If Atlantis developers get their way, the scenery surrounding Aulani, a Disney Resort & Spa may be in for a dramatic change. 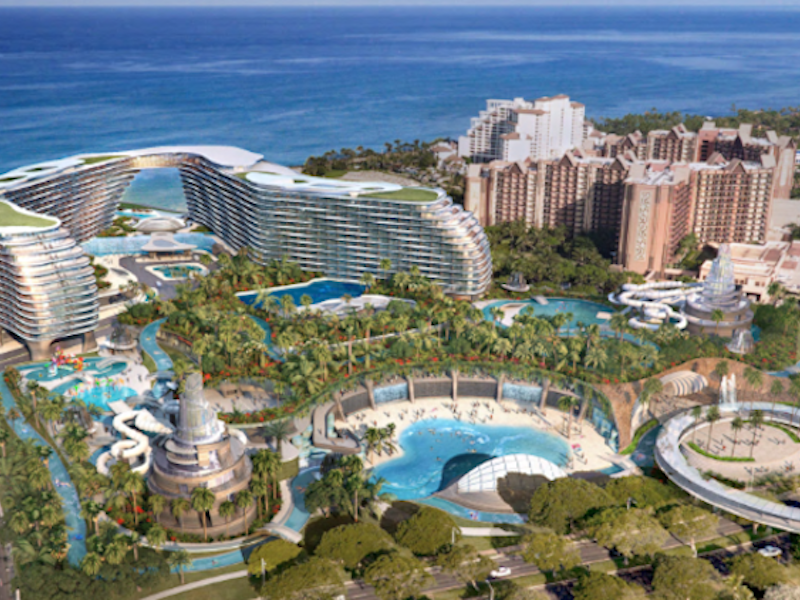 It has been three years since rumors surfaced that an Atlantis resort would be built at Ko Olina, Hawaii, right next door to Aulani, a Disney Resort & Spa. Since then, little has happened to indicate the Hawaii Atlantis project will ever become a reality. The lot next to Aulani is still vacant and other rumors are circulating that Atlantis’ developers are having issues obtaining the permits and financing needed before construction can begin.

Though not much is happening on the ground, tidbits about the future Hawaii Atlantis resort continue to pop up on the internet. A Chinese website, Oceanwide Holdings, has posted three artist drawings of the proposed Hawaii Atlantis resort. They show the resort will be quite large and of an architectural style vastly different from that of Aulani.

The first drawing shows the main Hawaii Atlantis building with the ocean and the sunset in the background. In addition to hotel rooms, it is rumored the Hawaii Atlantis resort will also offer timeshare interests. 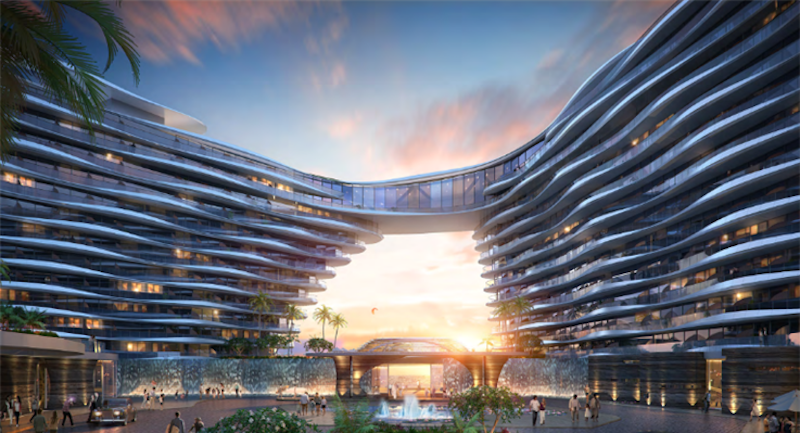 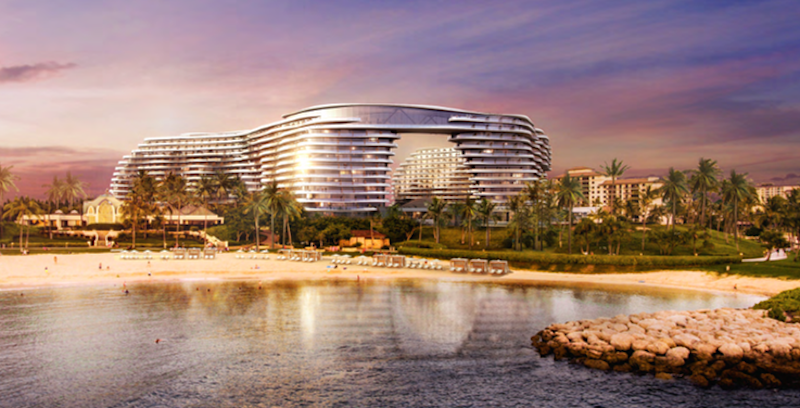 The third drawing is an aerial view of what the Hawaii Atlantis resort might look like with its expansive water features. Aulani sits to the right and the white Four Seasons Resort at Ko Olina can be seen behind Aulani. In the right hand corner of the drawing is an elevated walkway that crosses Ali’inui Drive, the street that runs in front of the Aulani and Hawaii Atlantis properties. Supposedly, the developers of the Hawaii Atlantis also own property on the other side of Ali’inui Drive and will use the walkway to connect the main resort with homes, timeshare units, or recreational facilities on the other side of the street. 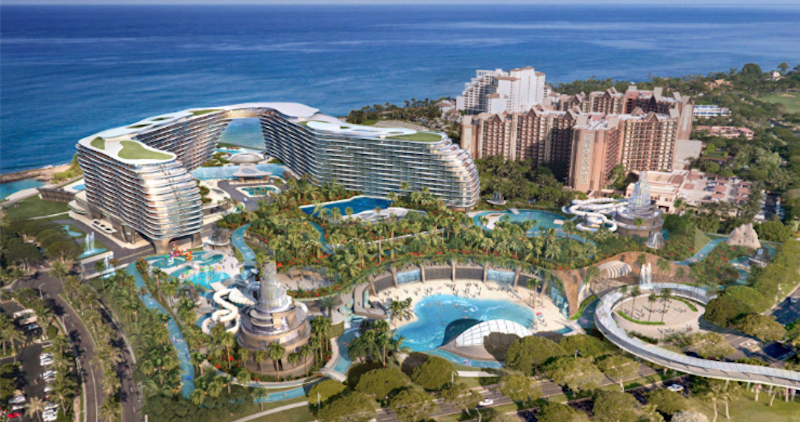 These drawings are only artist renderings of the proposed plans for Hawaii Atlantis. Not only do we not know how accurate they will be compared to the final resort, we still don’t know if there will even be a resort. Nevertheless, its interesting to keep abreast with the rumors about Aulani’s possible future neighbor.