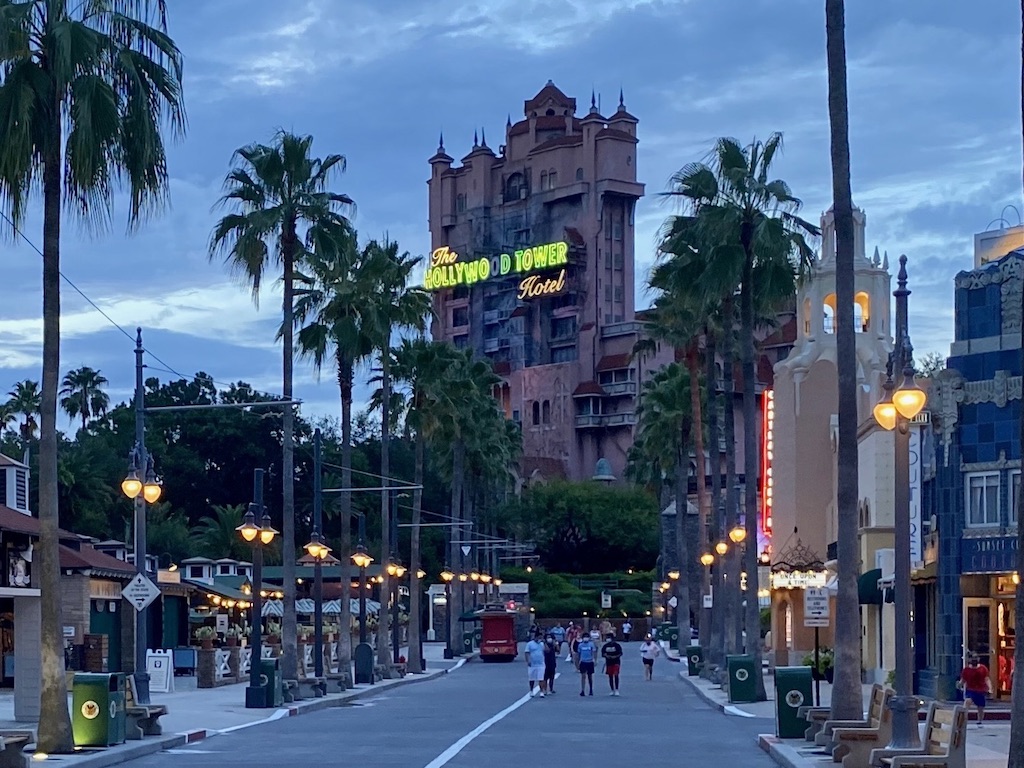 In October 2021, Walt Disney World introduced Extended Evening Hours. Guests staying at Deluxe hotels--including all DVC resorts in central Florida--can enjoy up to 2 hours of late night access to select Disney theme parks. The perk is generally limited to Magic Kingdom and EPCOT. However, on rare occasions it is expanded to include Disney's Hollywood Studios.

On the nights of Thursday December 15 and 22, eligible Disney resort guests will again be treated to late night access to Disney's Hollywood Studios. On both evenings, the park is scheduled to close at 9:00pm to day guests. However it will remain open from 9-11:00pm for Extended Evening Hours.

This comes in addition to the regular EPCOT and Magic Kingdom late nights, which are scheduled for every Monday and Wednesday (respectively) throughout the month.

Attractions expected to be available during the late night hours include:

Guests at all Walt Disney World resorts currently receive 30 minutes of Early Entry access to each of the four theme parks. Valid theme park admission is required. Extended Evening Hours and Early Entry are not considered Disney Vacation Club perks. Guests do not need to qualify for Membership Magic in order to participate.