Recent construction permits for Disney's Caribbean Beach Resort and Disney's Hollywood Studios carefully avoid using the word "gondola."  However, armed with rumors of a radical new transportation system coming to Walt Disney World, it's difficult to draw any other conclusions when reviewing the documents. 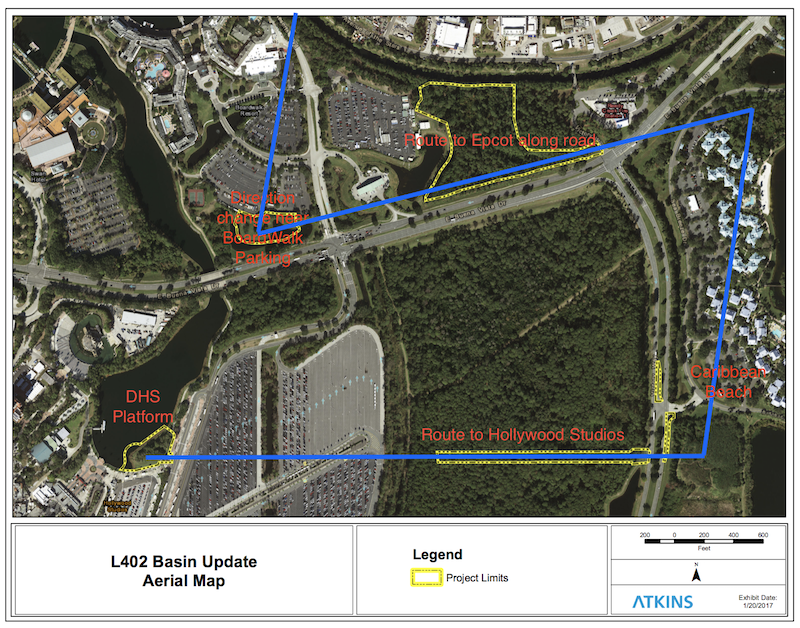 The gondola path from Epcot’s International Gateway to Disney's Caribbean Beach Resort / Disney's Art of Animation Resort and Disney's Hollywood Studios traverses parking lots or parallels existing roads except in two sections: the stretch of land between the Caribbean Beach loading platform and Art of Animation; and the land between the Caribbean Beach loading platform and the Hollywood Studios loading platform.  In both of these sections, permits show that Disney is constructing gravel roads along the path of the gondola.  Disney may be doing this as a safety precaution or in order to have easy access to the gondola line for routine maintenance and inspection. 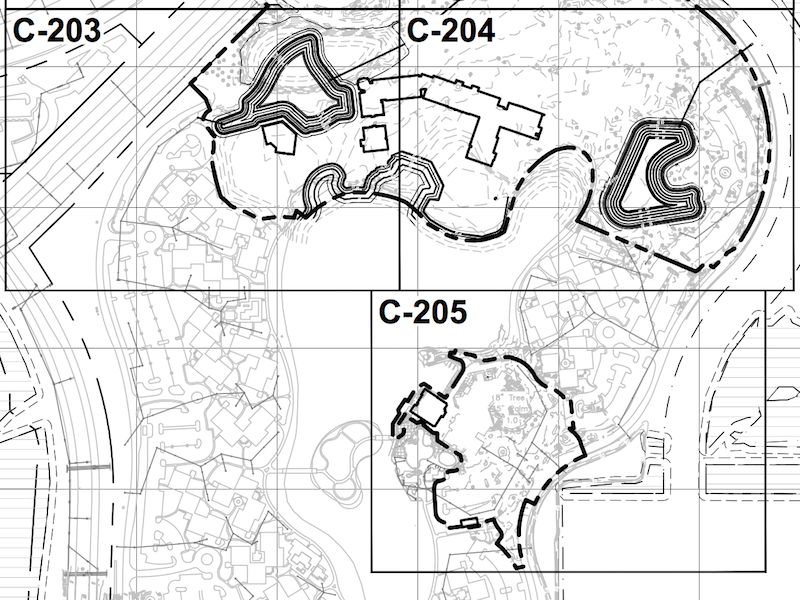 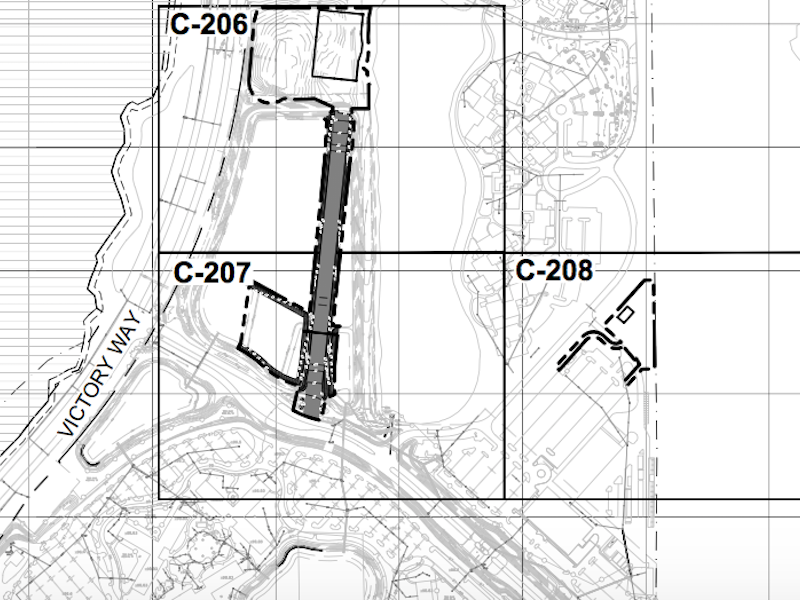 Based upon the footprint of the DVC platform building, it appears there could be an elevated walkway between it and the DVC building; note the corresponding bump outs between the two buildings.  Also note that the DVC platform building has an arm that extends west toward the switching station.  Is it possible the gondola’s path will go directly from Epcot to the Caribbean Beach DVC, then continue on to the Caribbean Beach Resort (hotel) platform?

The gondola system does not appear to be designed to seamlessly transport guests between Disney's Hollywood Studios and Epcot theme parks.  Rather, its primary focus is to move guests from resorts--Caribbean Beach and Art of Animation--to either of the two parks.

While lingering skeptism over the gondola concept is understandable, the L402 project permit perfectly fits the rumors that have been circulating regarding a new transportation concept for Walt Disney World.  To put it another way, if it is not a gondola system, then what can it be?  What else could Disney plan to construct in the specific areas identified by these project plans?