With a number of new attraction openings scheduled for the summer of 2011, a special FASTPASS perk has been established for cash guests and Disney Vacation Club members staying at any of the three Disneyland Resort hotels.

There are a lot of construction projects currently underway at the Disneyland Resort, many of which are a few short weeks from completion.  Dave Welty recently returned from a visit to Disneyland and sent along some photo of the progress. 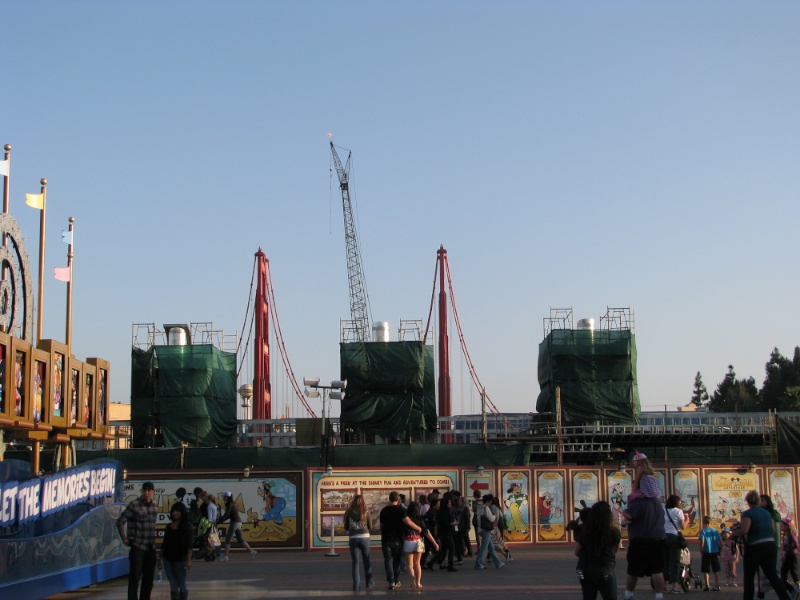 Lewis in Running for DL Presidency?

The Disney Blog, a website which deals in Disney news and rumors, claims that Disney Vacation Club President Jim Lewis is one of three candidates for the recently-vacated position of Disneyland President.  Long time Disney vet Ed Grier recently announced his retirement.  Grier has been with the company for 28 years, the last 3 spent as DL President.

Other candidates mentioned are Erin Wallace, Senior VP of Operations for Walt Disney World, and George Kalogridis, COO for Disneyland Resort Paris.  Kalogridis is repotedly the front-runner for the job.

Disneyland Prices Up, Too?

In this week's parks update, MousePlanet.com reminds us that Walt Disney World and Disneyland have been on roughly the same price increase schedule for several years now.  Therefore those rumors of a ticket price increase for Walt Disney World may impact its west coast counterpart as well.  Members with plans to visit the soon-to-open Villas at Disney's Grand Californian Hotel may save a few dollars by investing in their tickets within the next few weeks.