Operations at two Disney Vacation Club resorts will be directly impacted by Hurricane Irma with other Walt Disney World events and services likely to join the list. 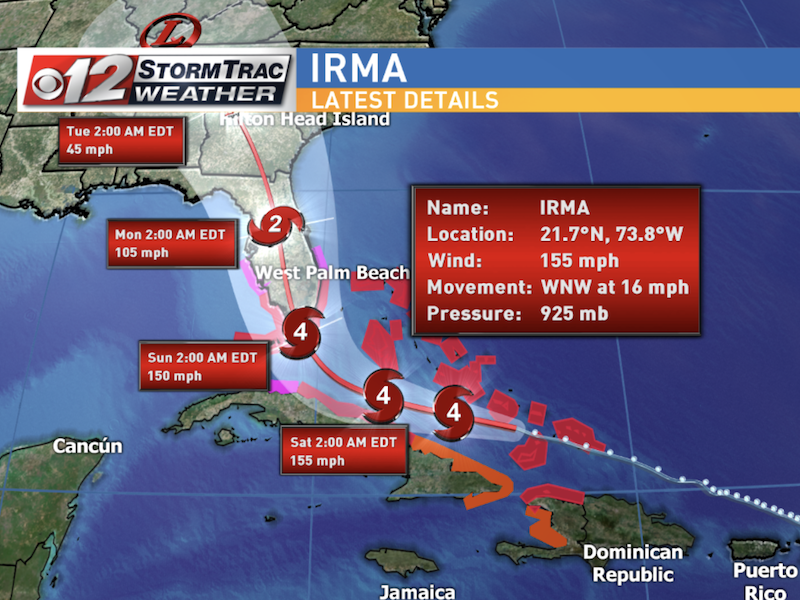 The State of Florida has begun massive plans to cope with a storm track which may take Hurricane Irma right up the center of the state.  Among the closures and cancellations which have already been announced are the following:

At this time, Walt Disney World has not announced any adjustments to theme park operations.  However, current and incoming guests would be advised to keep tabs on the situation.

South Carolina leaders are expected to make a decision on any mandatory evacuations by Friday afternoon.  The current storm track leaves Disney's Hilton Head Island Resort on the fringes of the impact area.

Hurricane Irma has weakened to a Category 4 storm with winds in the range of 131-155 miles per hour.  If current weather models hold true, the storm may head right for the Orlando area but will do so as a weakened Category 2 hurricane with winds up to 110 mph.  Disney Vacation Club's hurricane policy remains in force with no-penalty cancellations offered to all incoming guests.  Cash reservations may also be cancelled with no penalty.

Third-party storage provider Owner's Locker is asking all guests to keep them appraised of changes to vacation plans so they can manage guest needs appropriately.