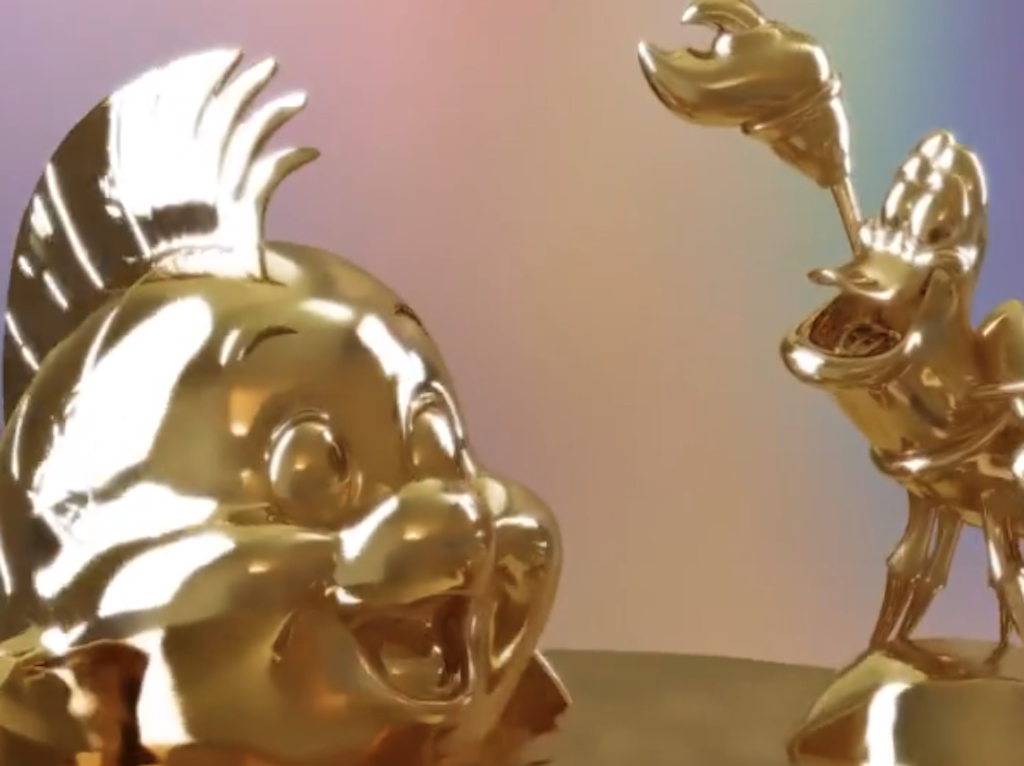 Over the past several weeks, Disney has recruited help from a variety of celebrities to introduce its 'Fab 50' golden statues, created to celebrate the 50th anniversary of Walt Disney World.

The accompanying text reads as follows: