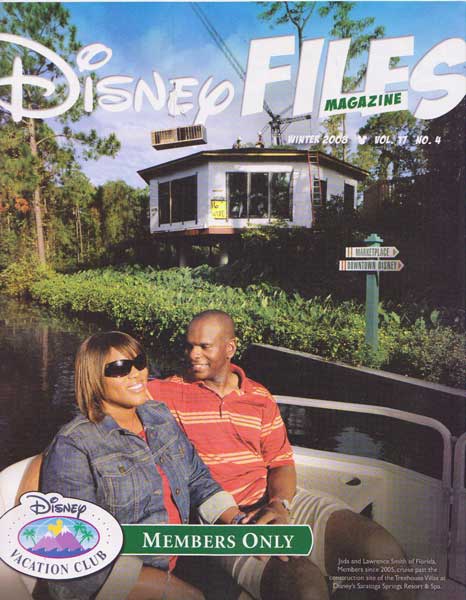 The Winter 2008 issue of Disney Files magazine has been published.  Features include a cover story on the new Treehouse Villas at Disney's Saratoga Springs Resort & Spa and a look back at the S.S. Member Cruise 2008. {joso}

The Winter 2008 issue of Disney Files is currently being mailed to members.  Disney Files is an exclusive publication for Disney Vacation Club members, and is published quarterly.  Back issues are available in electronic format on DVCMember.com.