Lower than expected 2021 property taxes should yield credits for many owners of Walt Disney World-based Disney Vacation Club resorts, savings which may continue in 2022 and beyond. 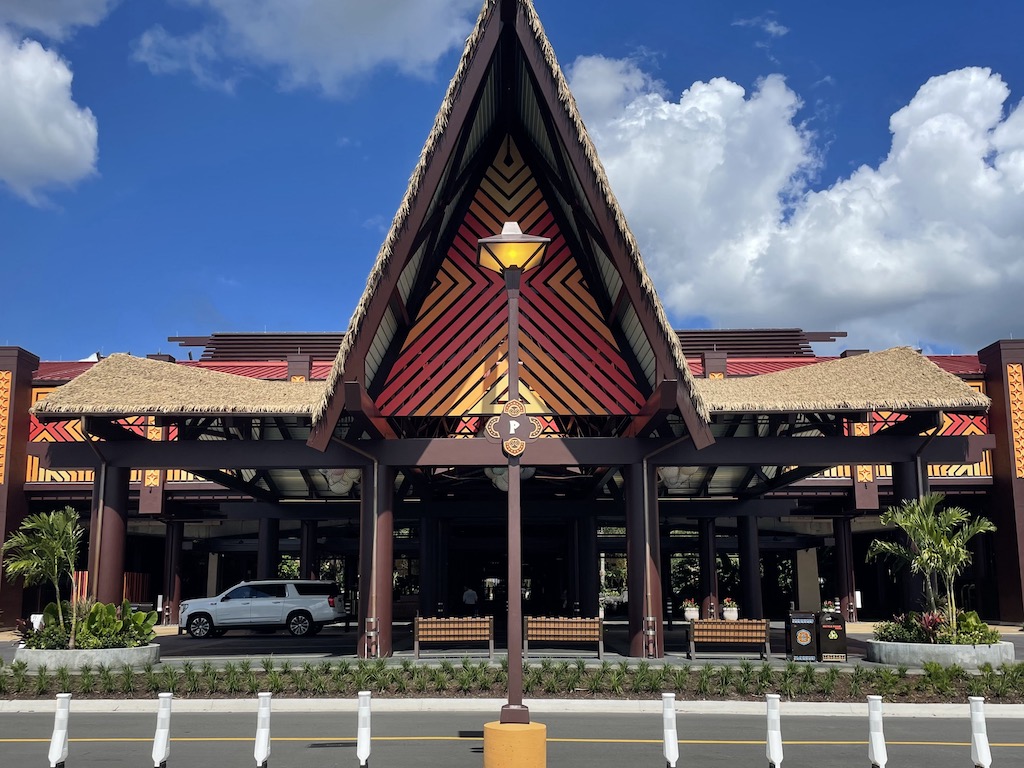 The Disney Vacation Club resorts at Walt Disney World have received their property tax notices for 2021.  Tax rates have gone up for 2021 but property appraisals are significantly lower than the year before.  The net effect is that the tax bills for 2021 are lower than what had been estimated when the DVC budgets were approved in December 2020.

Property tax amounts are based on two factors:  Appraisal values and the millage rates set by the taxing authorities.

The Orange County Property Appraiser reduced the appraisals for nine of the ten fully declared resorts by exactly 15%.  The only fully declared resort that did not have its value reduced by 15% was Copper Creek Villas & Cabins at Disney’s Wilderness Resort; its appraisal was lowered by only 13.7%.  Riviera saw its value increase by 29.2%. 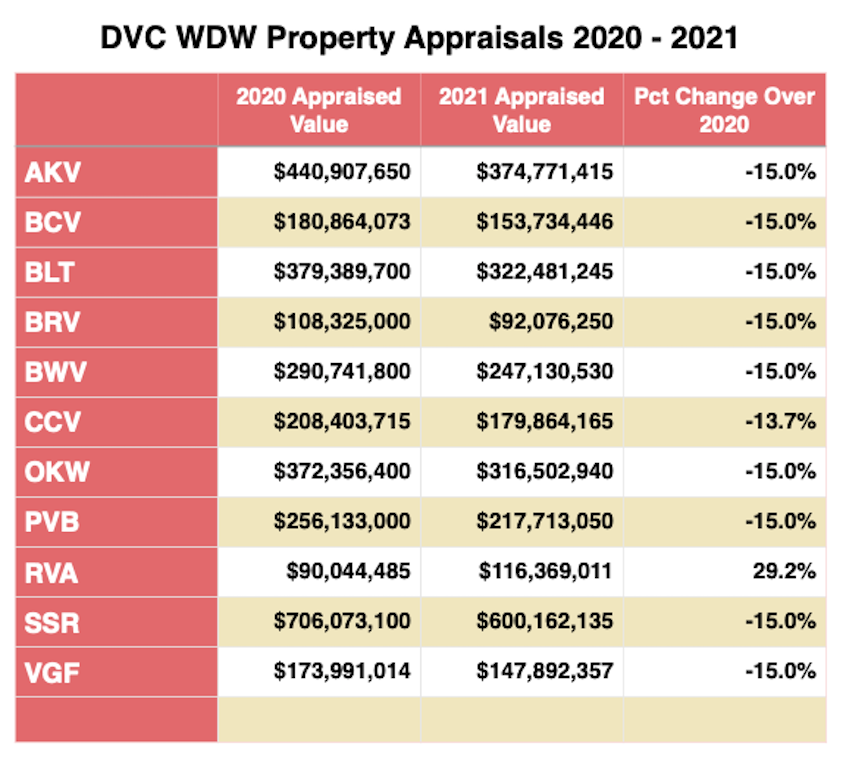 For some resorts, their 2021 appraisal values are their lowest in several years.  Disney’s Animal Kingdom Villas hasn’t been below $375 million since 2014 when it was assessed as $356.9 million.  Disney’s Old Key West Resort and Disney’s Saratoga Springs Resort & Spa also have current appraisals that are at their lowest amounts since 2014.

There is no explanation as to how the Orange County Property Appraiser arrived at the 2021 appraisal values for the DVC resorts. For years, Disney battled with former county appraiser Rick Singh over non-traditional valuation methods which caused rates to soar around 2015. In 2020, a court case involving appraisal values for the Disney's Yacht Club Resort was settled with the verdict generally in favor of Disney’s request for lower property values.  Whether the decision in that court case had any bearing on how the DVC resorts were appraised in 2021 is open to speculation. Voters replaced Singh with new appraiser Amy Mercado during the 2020 elections.

In addition to its property appraisal value, a resort’s tax bill is dependent on the millage rates set by the taxing authorities in whose jurisdiction the resort resides.  Each DVC resort is subject to taxes levied by seven taxing authorities, including a city property tax.  Old Key West and Saratoga Springs are taxed by the City of Lake Buena Vista, while the other nine resorts are subject to taxation by the City of Bay Lake.

Other components of the tax include: 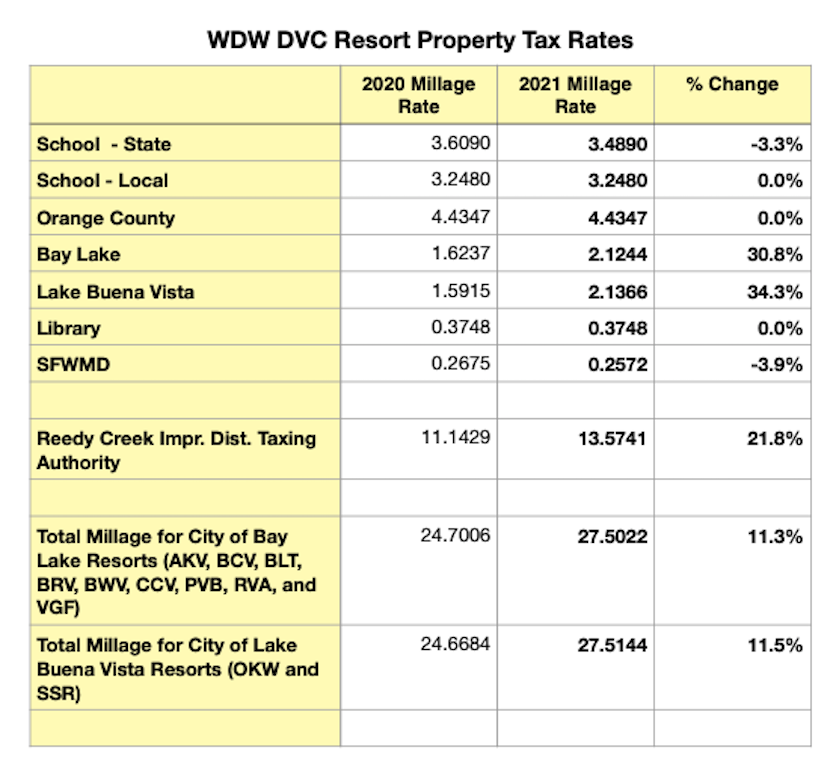 Despite the increase in millage rates for 2021, the DVC resorts should see a lower tax bill for 2021 than originally estimated.  The amount of the decrease should range from 3.9% to about 5.36%.  In absolute terms, Riviera has the largest increase in its tax bill, but this will be offset by having more of the resort declared into the timeshare program.

Excess collections are typically credited to the following year's Annual Dues. Barring a change in methodology, Disney Vacation Club owners can expect to see credits applied to their 2022 dues to compensate for the over-estimated 2021 taxes. 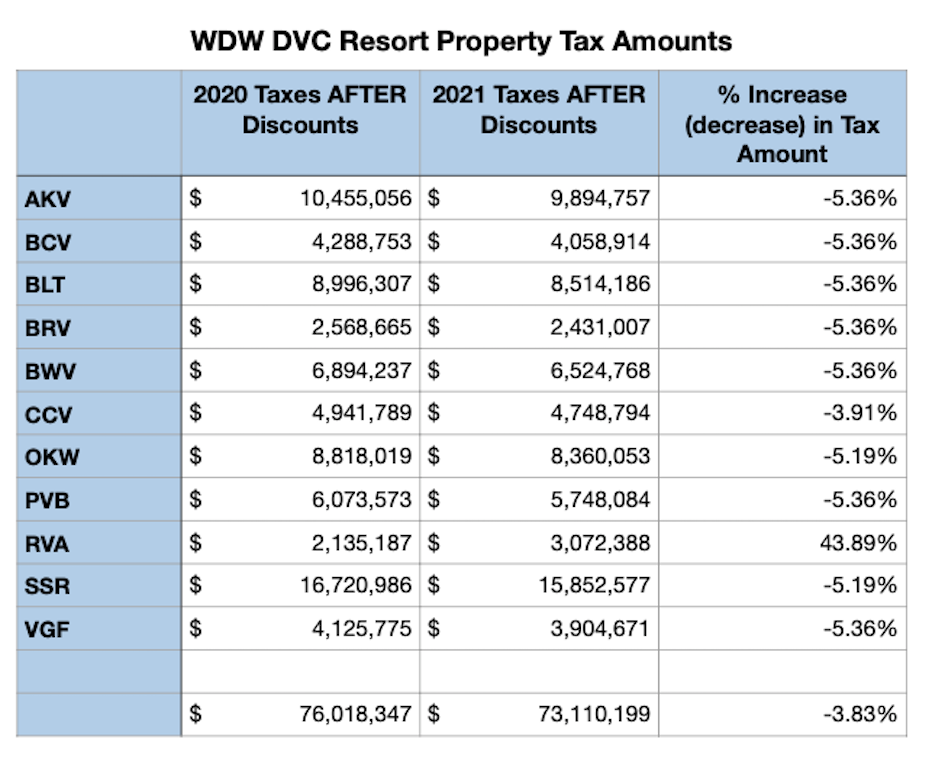 Based on these property appraisals and millage rates, the eleven DVC resorts have a cumulative tax bill for 2021 of $73,110,199.  This cumulative figure reflects a 4% discount for taxes paid by November 30. Historically, Disney has always paid property taxes by that date to take advantage of the full discount.