Written by Tim Krasniewski. May 22 2021 Posted in Financial News

Add-on pricing is displayed on the Disney Vacation Club website for thriteen different resorts but not Villas at Disney's Grand Floridian Resort & Spa. 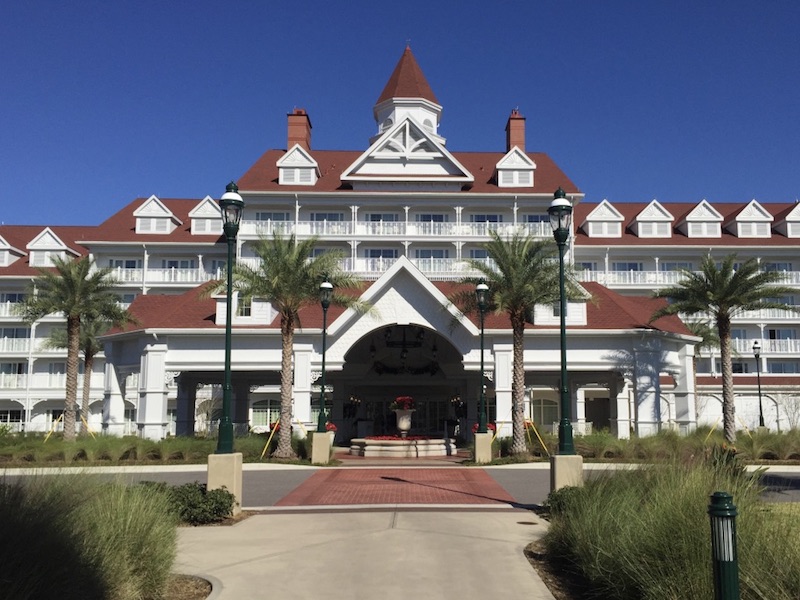 Disney Vacation Club has become much more transparent with its pricing in recent months. Via an add-on pricing link on the members-only website, current owners can view rates to purchase additional points at nearly all of the DVC destinations. Villas at Disney's Grand Californian Hotel has long been absent from the tool. The scarcity of points for the small Disneyland location has left DVC with little to sell. In a more recent development, DVC has removed Grand Floridian villas from the list.

On Thursday, DVC announced plans to add 200 studio villas to the Grand Floridian, a move that would reopen active sales more than six years after the resort previously "sold out."

Disney Vacation Club attaches a "sold out" designation to resorts when the majority of the points are gone and their marketing focus has shifted to a new location. In 2015, DVC warpped-up active sales activity on the Grand Floridian and moved on to Disney's Polynesian Villas & Bungalows.

However, DVC continues to reclaim points at older resorts via foreclosures and its Right of First Refusal on resale transactions. Prices for these "sold out" destinations are typically inflated, reflecting both the scarcity of the points and DVC's desire to shift customers to its newer, more profitable developments.

The price removal may or may not signal DVC's intention to stop selling Grand Floridian points in the coming months. Determined buyers may still be able to convince DVC to sell points at the inflated "sold out" price. However, this may also be the first indicator of a possible price reset before the resort returns to active sales.

Points at the Grand Floridian were most recently being sold for $255 each. This rate is 27% higher than the current $201 base price for Disney's Riviera Resort and 41% higher than the promotional rate of $181 offered to current members adding 200 or more points. Despite the resort's appeal, DVC would face challenges marketing Grand Floridian points at prices 30-40% higher than another Walt Disney World destination with a contract that expires 6 years earlier.

Through most of its history, Disney Vacation Club has maintained identical base rates for active resorts, using a variety of promotional incentives to differentiate between locations. At one time, Riviera, Aulani, Disney Vacation Club Villas and Copper Creek Villas & Cabins  all shared the same base price when actively selling. Copper Creek later received a boost to "sold out" pricing levels about $20 higher than Riviera and Aulani. However aggressive incentives blunted much of that effect, discounting Copper Creek's $220 base price by $26 on a 200 point add-on.

The Grand Floridian's Big Pine Key building will be home to the new DVC villas with a planned opening for summer 2022. DVC has not revealed when point sales will begin for the additional villas. The new rooms will be part of the resort's original Condominium Association, giving new buyers 11-month access to the current DVC building which includes Deluxe Studio, One, Two and Three bedroom villas. Ownership in both buildings will expire on January 31, 2064. Check out our prior coverage for resort maps and other details.