The charts below detail the total number of Disney Vacation Club contracts (deeds) and points sold, by month, from July 2010 to present.  These numbers represent direct sales made by Disney Vacation Developement only.  Resale transactions are not included. 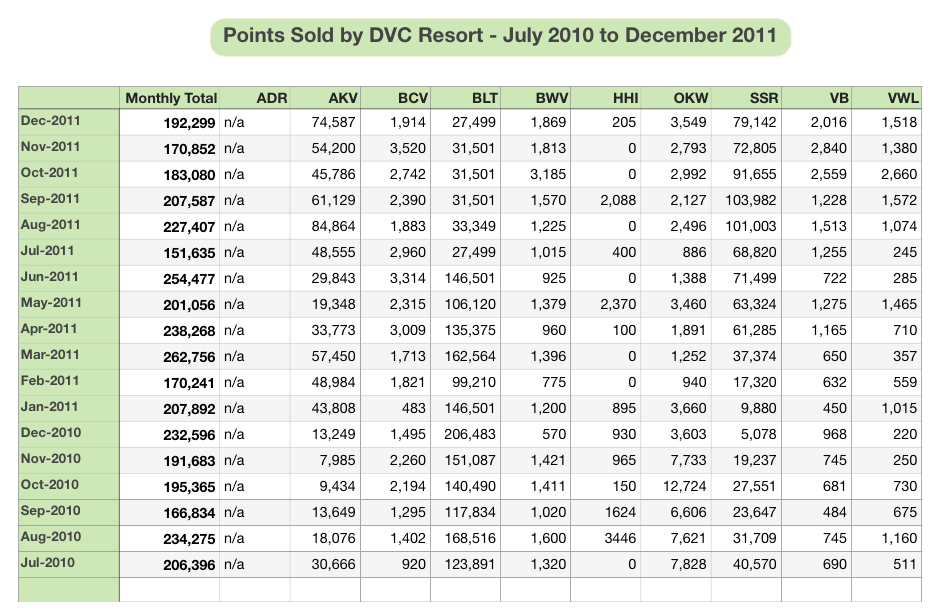 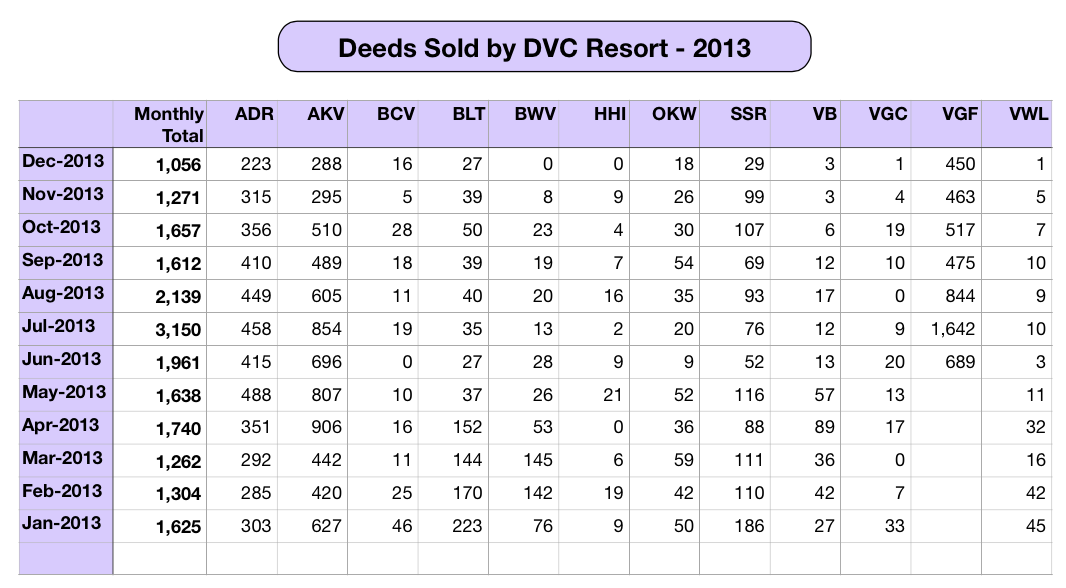 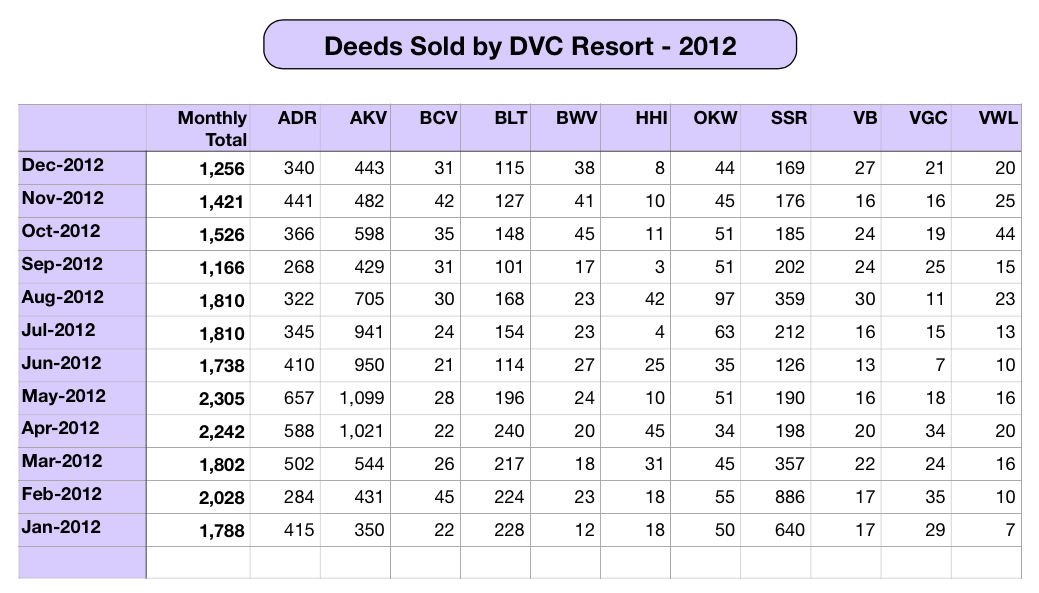 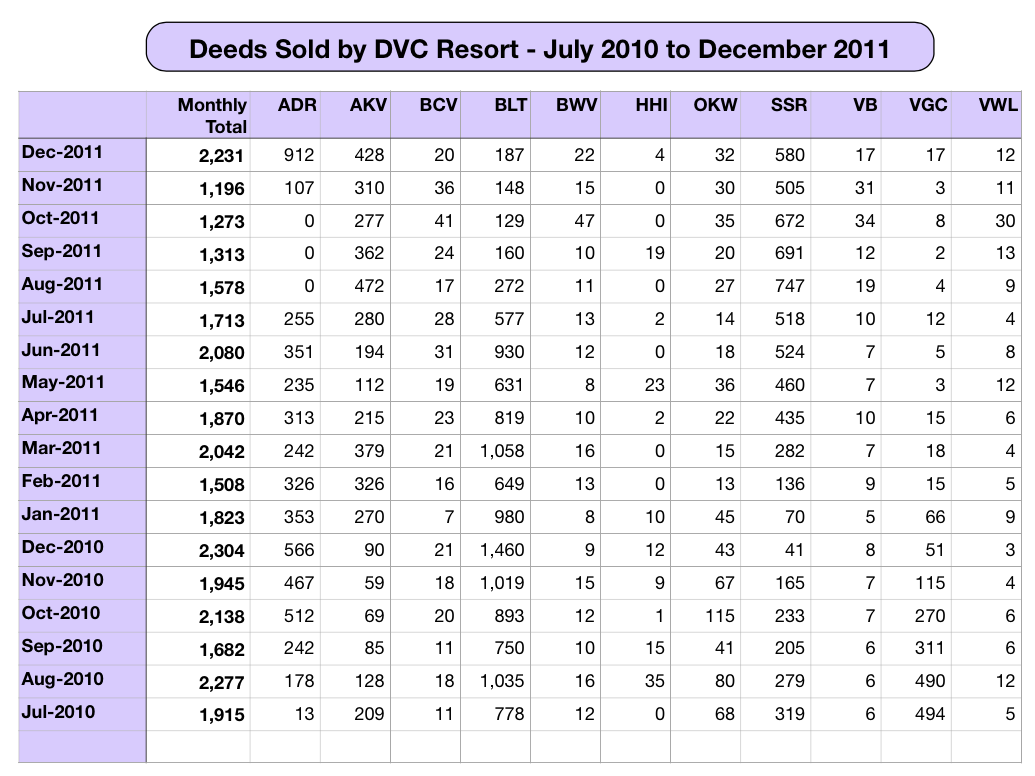 Thanks to Wil Lovato for assembling this data!

The chart below contains raw contract (deed) sales information for older periods not reflected in the figures above: