Written by Tim Krasniewski. May 09 2018 Posted in Villas at Wilderness Lodge News

The new lounge at Disney's Wilderness Lodge has seemingly abandoned one of its signature events. 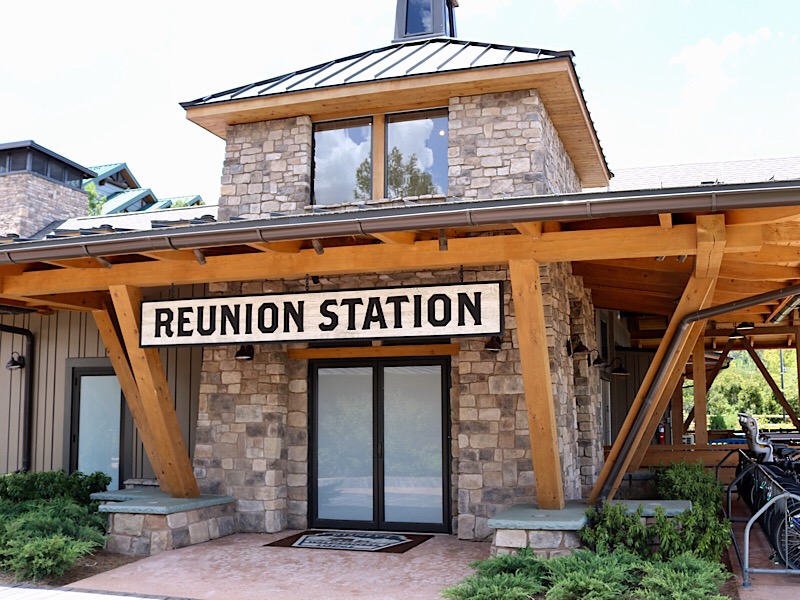 On April 30, Reunion Station made its long awaited debut.  The space was tapped to fill a variety of roles including concierge lounge in the morning & evening and home to a number of optional workshops offered to Disney Vacation Club members in the afternoon.

Each evening, Reunion Station was slated to host a free DVC "member mingle."  The spring 2018 issue of Disney Files Magazine described it as such:

"And from 7-10 p.m. daily, Reunion Station will open its doors to Members* for mixing and mingling. A Concierge host will be on hand during these nighttime hours to answer questions and offer assistance."

Posts to the Disney Parks Blog later confirmed plans for the nightly gathering, including this passage from a March 26 story:

"And from 7-10 p.m. daily, Reunion Station will open its doors to all eligible Members (including those not staying at Disney’s Wilderness Lodge) for mixing and mingling. A lounge host will be on hand during these nighttime hours to answer questions and offer assistance."

However since its opening, member posts to social media indicate the "mingle" is not taking place at Reunion Station and Cast Members seemlingly have no knowledge of the event.  The March 26 Disney Parks Blog article was edited to  remove details about the abandoned member meet.  Reunion Station information on the DVC member website now indicates that the lounge is open until 10pm daily exclusively for members participating in the paid concierge add-on services.

Disney representatives have not yet responded to our attempts to confirm the event's status.  We will update this story if any additional details are received.

Other exclusive spaces freely available to Disney Vacation Club owners include the second floor lounge located in Epcot's Imagination Pavilion and the Top of the World Lounge, open nightly for fireworks viewing at Bay Lake Tower at Disney's Contemporary Resort.