Written by Tim Krasniewski. May 10 2016 Posted in Villas at Wilderness Lodge News

Construction is well under way on the fourteenth Disney Vacation Club resort.  Plans call for the addition of 26 waterfront cabins at Disney's Wilderness Lodge, along with the conversion of nearly half of the resort's hotel rooms to villas. 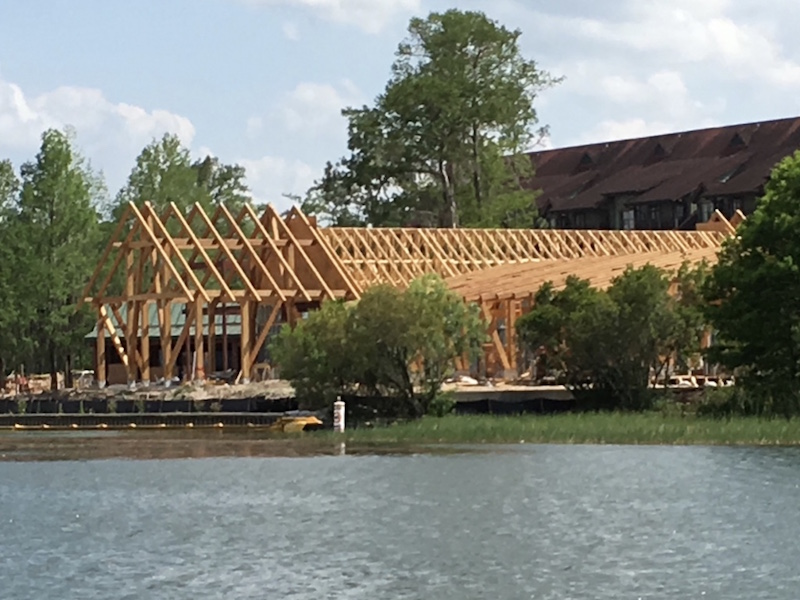 New structure located just east of the main pool along the shores of Bay Lake.  Given its proximity to the planned second pool and Disney's recent renovations to the Oasis Pool at Disney's Polynesian Village Resort, this buiding will likely be home to restrooms, a new counter service dining location and perhaps pool bar. 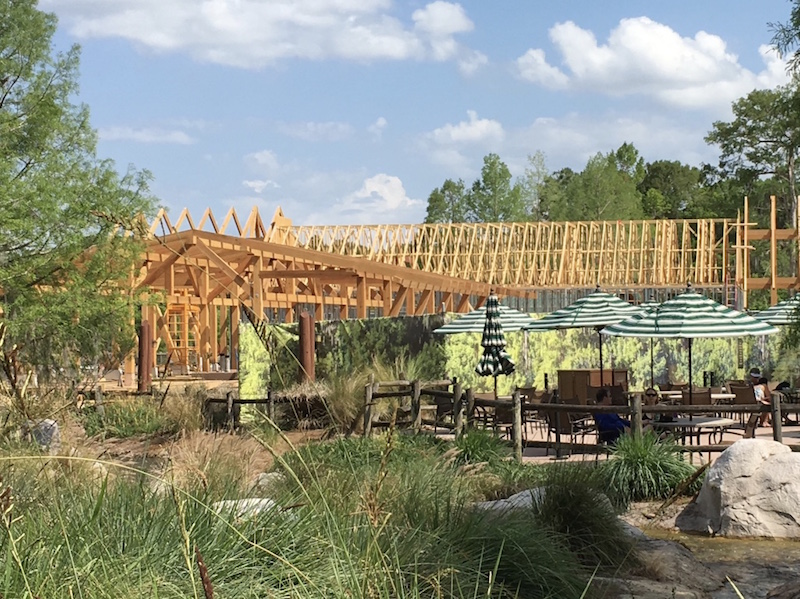 Another angle of the new building. 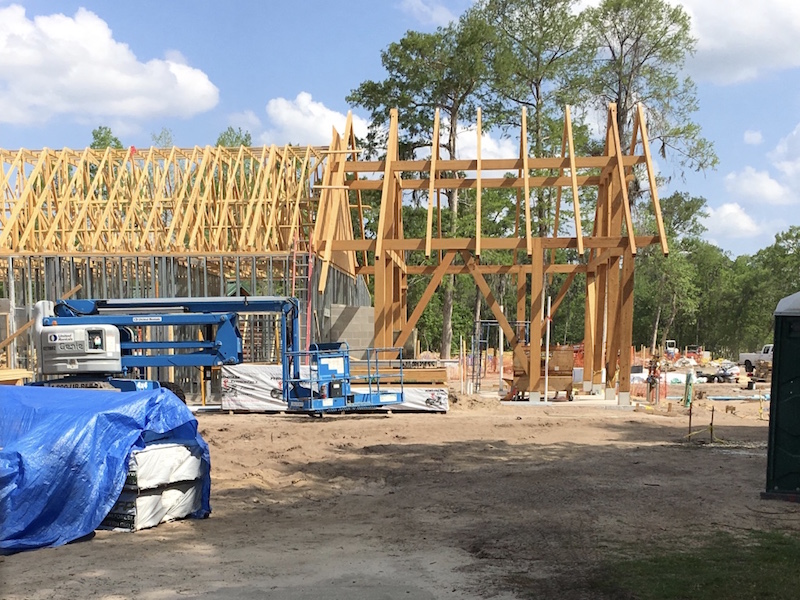 The resort wing highlighted in red below is currently being converted to Disney Vacation Club villas.  There are approximately 360 standard hotel rooms across the six floors of this wing.  This number of rooms / bays makes the new DVC addition slightly larger than number of units which comprise the existing Villas at Disney's Wilderness Lodge. 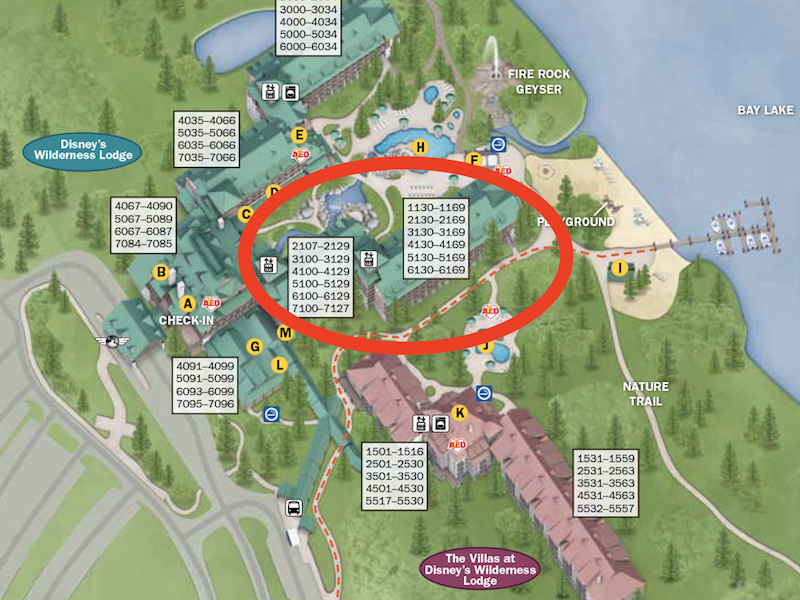 Balcony doors are masked on the lower floors to reduce the impact on resort guests. 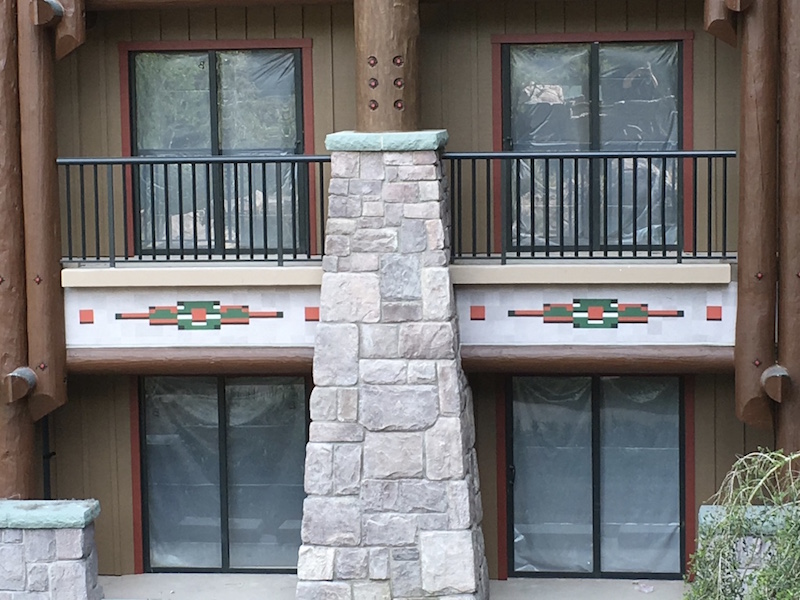 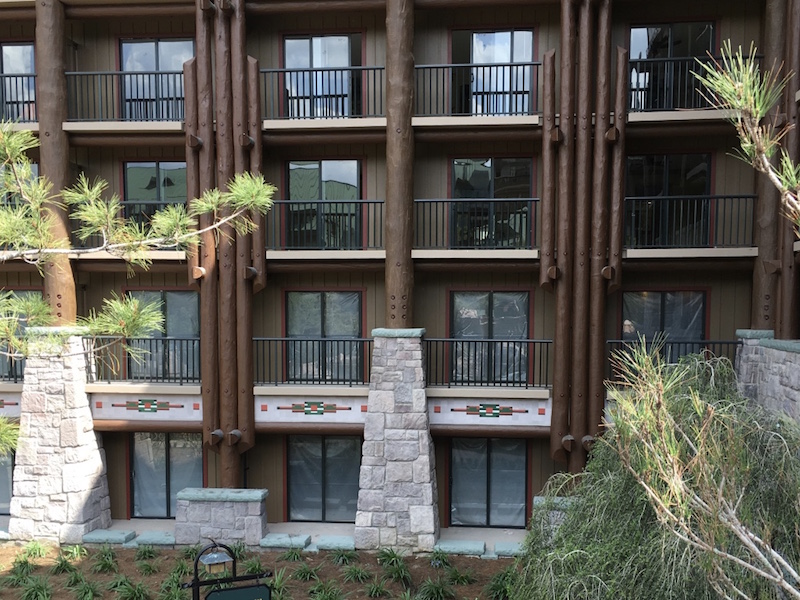 On the unmasked upper floors, workers are visible walking between individual bays, indicating that interior walls have been removed.  The image below depicts the upper plate where a wall previously separating two guest rooms has been removed.

This modification suggests--although does not guarantee--that designers plan to combine multiple hotel rooms, creating One and Two Bedroom DVC villas.

During villa construction at Disney's Polynesian Villas & Bungalows, interior walls were also removed and longhouses gutted.  However the resort debuted with exclusively Deluxe Studio villas, a decision which has been the subject of much criticism. 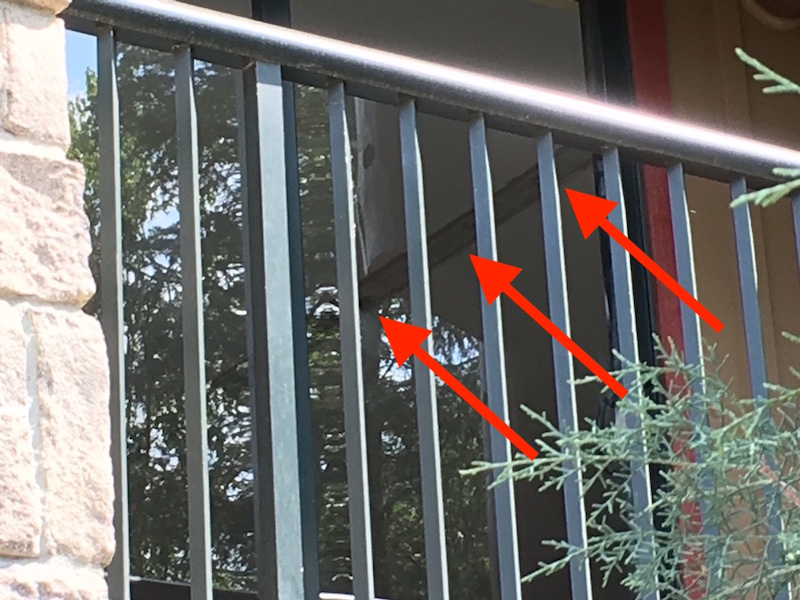 To the north of the resort, along the shores of Bay Lake, ground prep work is under way for construction of the waterfront cabins.  Twelve cabins are planned for this stretch of beach, with fourteen more along the eastern shore. 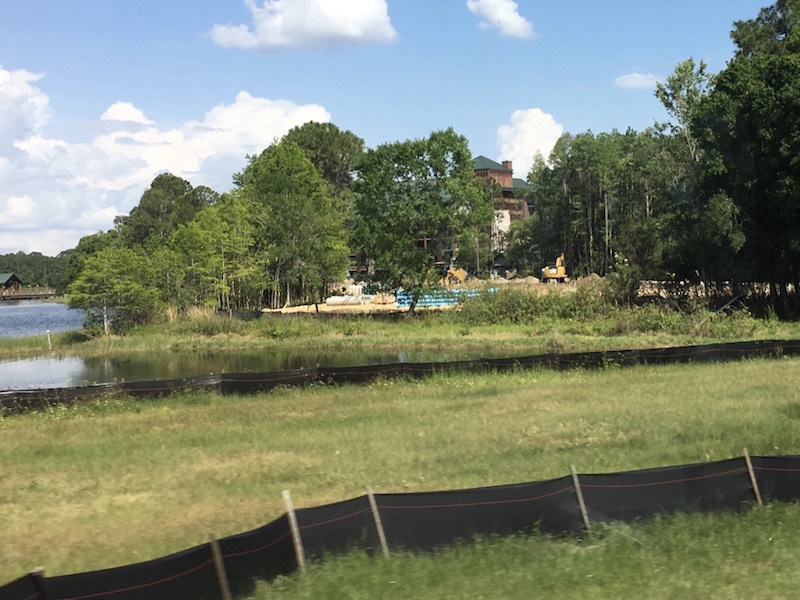 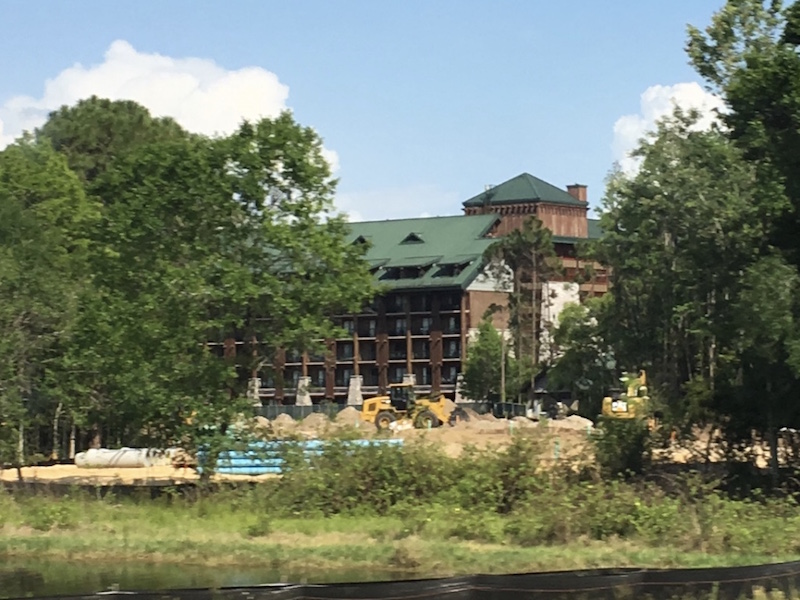 Location of twenty-six cabins is depicted below in red. 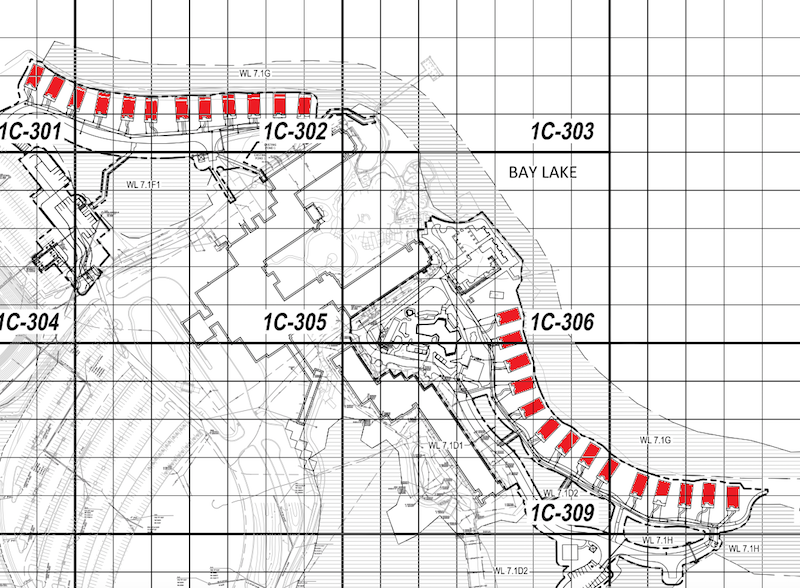 Permits suggest that work on Disney's Wilderness Lodge will continue into 2018.  Disney Vacation Club has confirmed plans to add additional timeshare units to the resort but few details have been revealed.