On a recent trip to Disneyland, Walt Disney Imagineering Director of Design, Resorts and Facilities Development Mike Montague was kind enough to give us a personal tour of the Grand Californian Villa model rooms, discussing many aspects of the resort expansion and DVC villa design. Montague is a 20-year Imagineering veteran who has played an integral role in creating the Grand Californian expansion.

In late 2009, the Grand Californian is scheduled to unveil its first expansion, the addition of 48 Two-Bedroom equivalent villas and 2 three-bedroom Grand Villas.  The Two Bedroom equivalents break-down as 21 lockoff units which can be booked separately as a One Bedroom plus a Studio, and 29 dedicated Two Bedroom villas.

The resort is also adding 203 cash rooms for a total of 253 new accommodations.

From its inception, many areas of the Grand Californian were designed to accommodate more than its original complement of 751 guest rooms.  The new construction is taking place on the site which was previously home to the valet parking lot--a plot that has always been reserved for future expansion of the Grand Californian.  Other amenities like the front desk, on-site dining and pool were either properly sized for a greater number of units from the start or were similarly designed for expansion without necessitating major changes to the resort's infrastructure.

Every effort is being made to seamlessly blend the expansion into the existing Grand Californian Hotel.  This is particularly important as the Grand Californian stands as a backdrop for much of Disney's California Adventure.  In fact, many of the Disney Vacation Club villas will overlook the theme park itself.

One particular area presented a challenge for designers.  The existing resort hotel is well-suited for its current role as a backdrop for the Golden State region of Disney's California Adventure.  However, the south side of the expansion boarders a very different area of DCA-Paradise Pier.

Designers went to great lengths to help blend the look of the Grand Californian into Paradise Pier-an area that will itself be altered somewhat in the coming years as part of Disney's $1 billion investment in the theme park.

According to Imagineer Mike Montague, the south side of the expansion is specifically designed to be "reminiscent of Paradise Pier with smaller New England-style blocks."  Months were spent finalizing that elevation in order to ensure that it would not disrupt the intended look of the Paradise Pier 'land' within DCA. 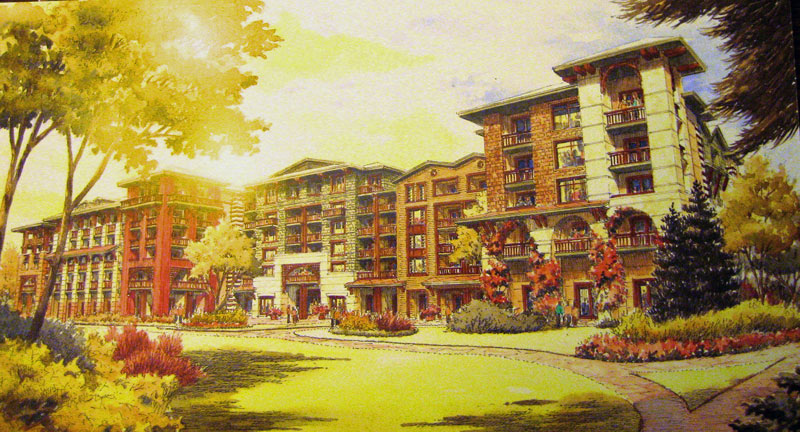 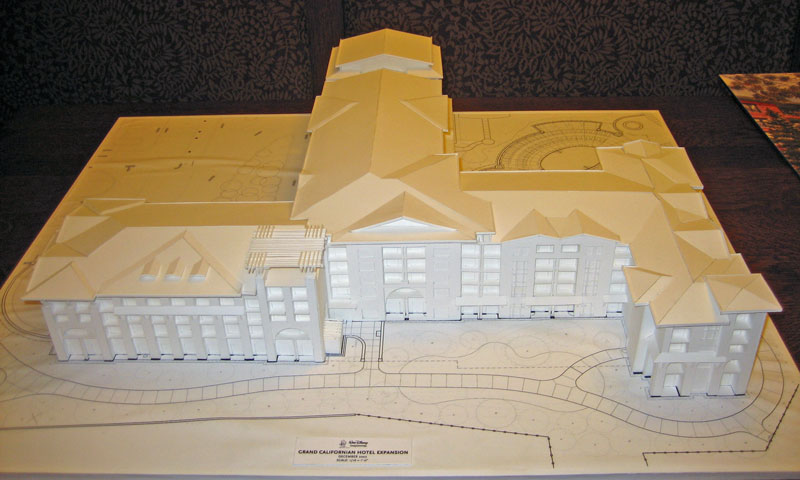 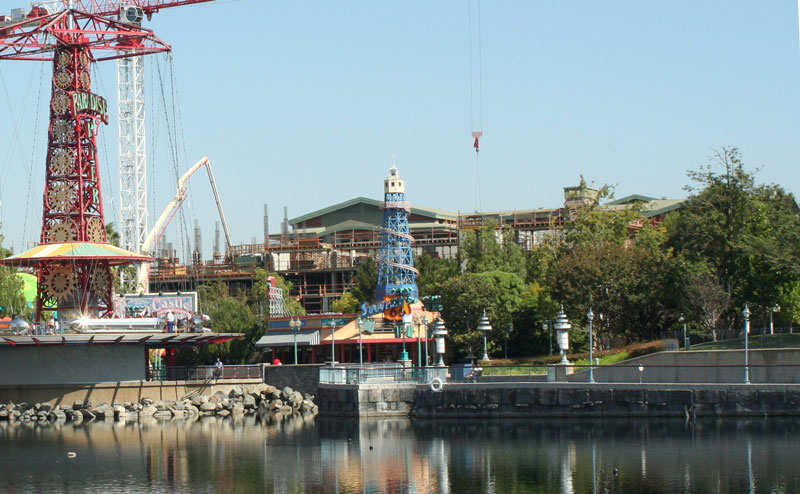 Montague also says that Disney spent "a lot of dollars on the acoustical package" used in these villas so that theme park ambiance--particularly from nighttime pyrotechnics--would not be disruptive to guests.

The units themselves will mirror the Arts and Crafts style of the 7 year old Grand Californian.  Yet the villas also take into account more current design trends.  Montague says that the villa design "places an emphasis on creating an open / informal layout" for the main living space with the idea being to "see the view" immediately upon entering the room.

One of the more prominent changes is the addition of a living room Murphy Bed to accommodate a 5th guest in a One Bedroom villa or a 9th guest in a Two Bedroom villa.  The Murphy Bed was inspired by cruise ship design which utilizes similar innovative features to maximize the use of space.

At the Grand Californian, the Murphy Bed is positioned under the living room audio/visual center, providing an attractive cabinet façade during the day and a traditional twin bed with a standard spring mattress at night. 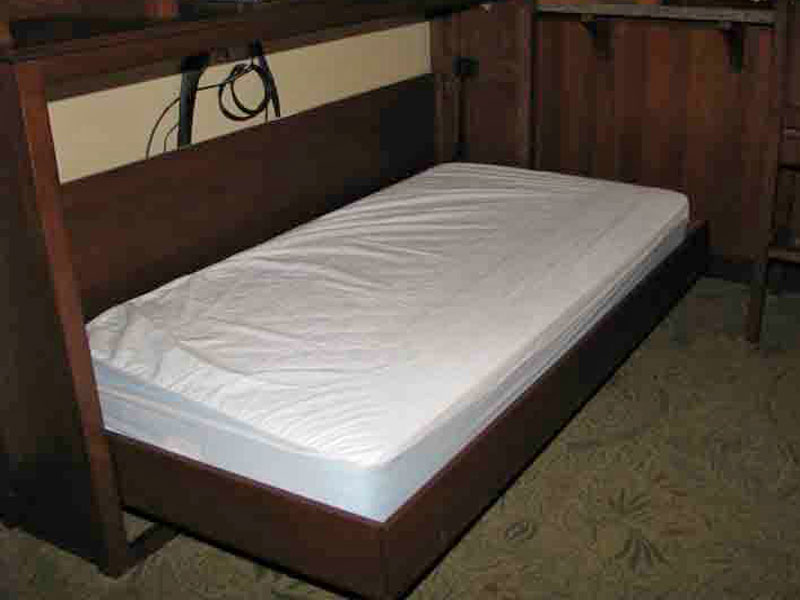 The One and Two Bedroom villas will continue a modification first introduced in the Kidani Village room design at Disney's Animal Kingdom Villas:  an additional bathroom within the villa.  While the Kidani Village layout added a full bathroom to its larger units, the Grand Californian design calls for only a 3/4 bath with a vanity, toilet and shower.

Using a design with a shower stall rather than a full tub saves several square feet of space which, in this case, was used to house the washer/dryer unit.  In proposing any villa layout, designers are given a fixed amount of space and the challenge to come up with a design that best maximizes the use of that space.

Montague says that different design teams spent months submitting and refining designs leading up to the approval and construction phases.  Consideration was given to many different configurations including a full bath, 1/2 bath and the 3/4 bath before settling on this layout.

Even now, nearly 3 months after the model rooms were first shown to the public, the designs are still undergoing minor adjustments as suggested by Imagineering and Walt Disney management.

New bedding showcased within the units includes a woven comforter and duvet.  This again mirrors more recent trends within the hospitality industry and Montague expects, at the very least, that future DVC resorts will be outfitted similarly.

Other noteworthy changes to the villa design include a more streamlined kitchen (with fingerprint-resistant stainless steel appliances), a floor-to-ceiling slide-out pantry cabinet and a significantly larger dining area. 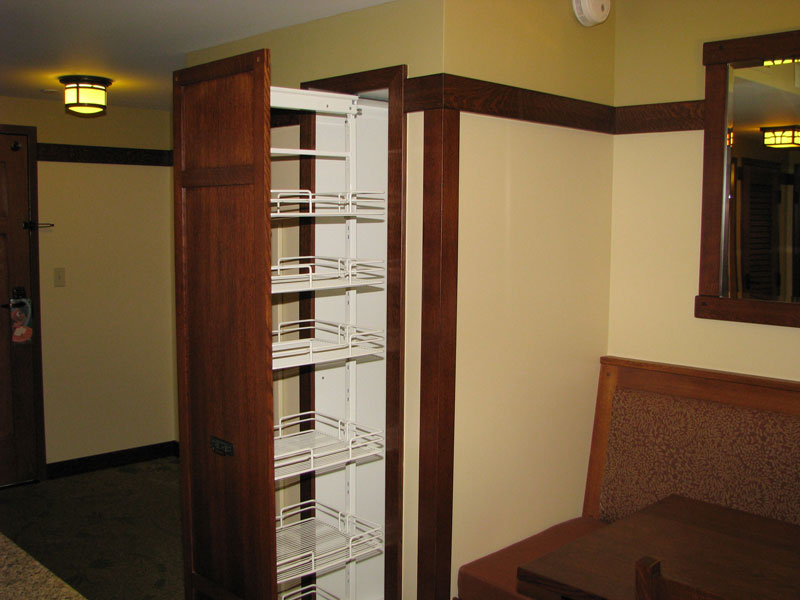 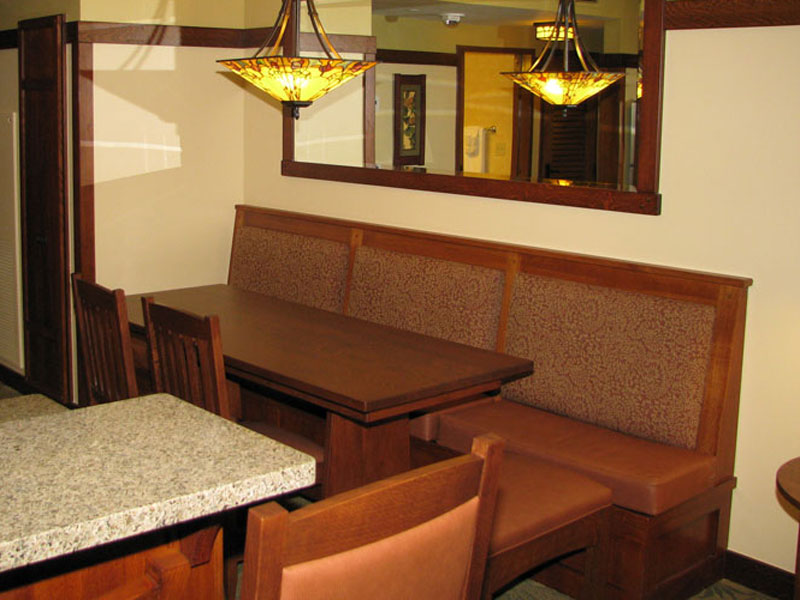 The layout of the One and Two Bedroom units features a relocation of the balcony.  In more recent DVC villa designs, the balcony extends outward from the living room.  The Grand Californian design relocates the balcony adjacent to the master bedroom with a large picture window dominating the living room wall.

The balcony is accessible via dual entry doors from either the living room or the master bedroom.  The addition of the living room side entry door necessitated another design change to the balcony--the Grand Californian balconies will be 50% deeper than other recent DVC designs, coming in at roughly 4 1/2' deep as compared to the 3' depth of balconies at Disney's Animal Kingdom Villas and Saratoga Springs. 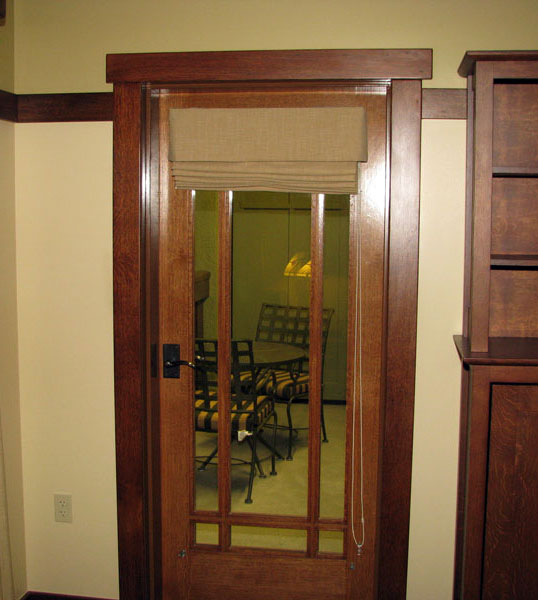 The Studio rooms will maintain the more familiar look with the balcony at the far end of the unit.  Studio balconies are smaller than their One and Two Bedroom counterparts, measuring the more familiar 3' depth.  Montague says this was part of a necessary trade-off to add more space to the interior of the Studio villa.  In fact, returning that 18" of space to the villa interior actually is more costly from a construction standpoint since interior finishes are more expensive than exterior finishes.

A third pool is being added to the resort adjacent to its two existing pools, along with an additional hot tub and significant space for lounge chairs. 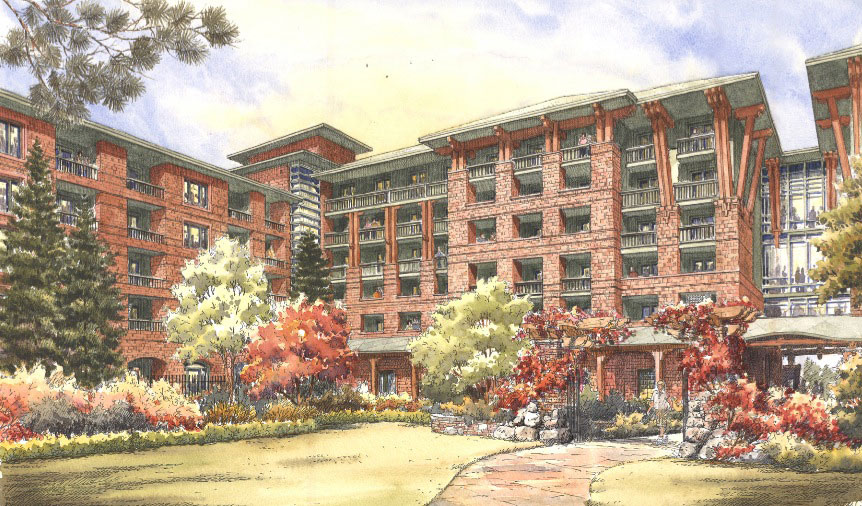 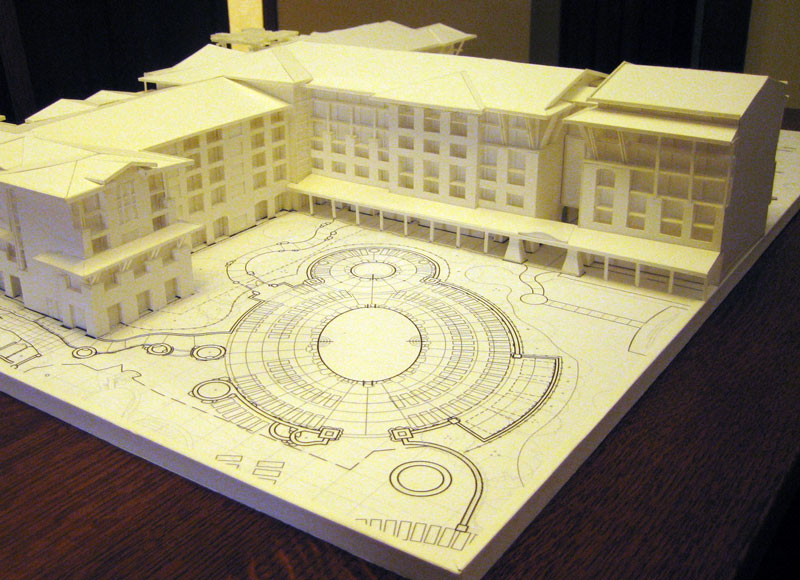 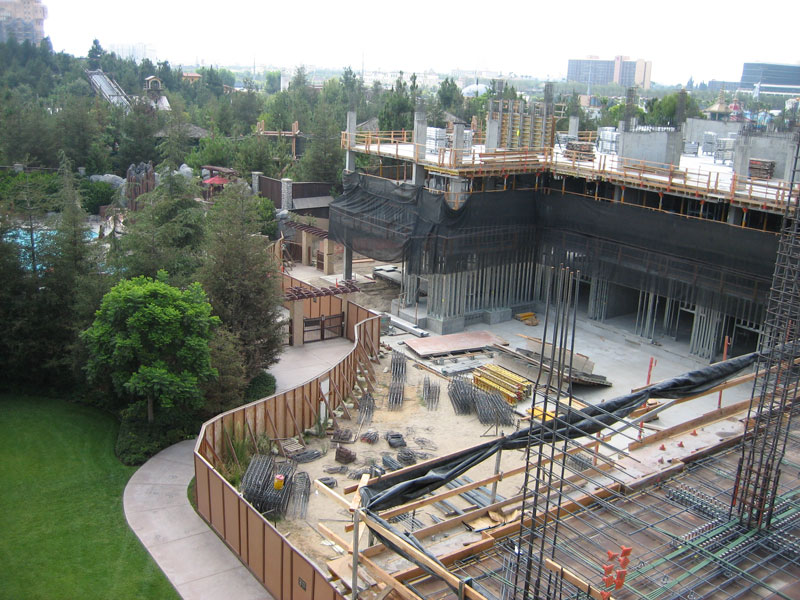 The new pool is located in the courtyard depicted in the original concept artwork depicted above.  According to Montague, the pool was omitted from the concept artwork because its design had not yet been finalized when the artwork was released.

New restrooms are being constructed within the gated pool complex, eliminating the current need to leave the pool area in order to access those facilities.

The Grand Californian is currently home to three restaurants--the elite Napa Rose, character buffet Storyteller's Café and White Water Café which specializes in quick service and grab-and-go items. While no new restaurant is planned for the resort, White Water will be expanded to include a selection of grocery items consistent with other Disney Vacation Club resorts. 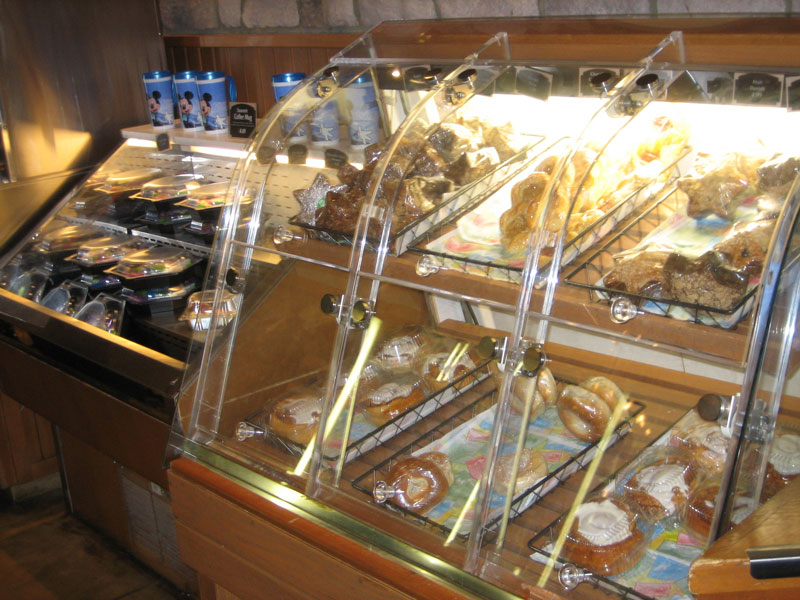 An additional bank of elevators (the resort's third set) is included within the expansion wing, aiding guest movement throughout the building.

The upper floor of the new wing includes an outdoor viewing pavilion.  With a nighttime water pageant scheduled to debut at Disney's California Adventure around 2010, the pavilion is well situated on the south side of the building to provide a view exclusively for hotel guests. 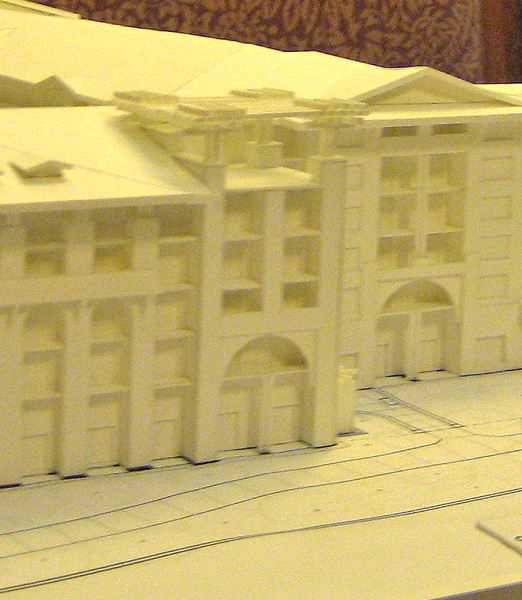 Montague says the pavilion's location is not coincidental--that it was "positioned to overlook the future park improvements including the new water pageant.  The open air trellis structure creates the sense of enclosure while creating unencumbered views of the nighttime sky."

The Villas at Disney's Grand Californian Resort and Spa are under construction now and on target to open sometime in the fourth quarter of the 2009 calendar year.   Thus far Disney Vacation Club has not revealed any pricing information or when points will be available for sale.