Written by Tim Krasniewski. May 01 2019 Posted in Villas at Grand Californian News

The new pool bar slated for the west coast's Disney Vacation Club property remains under construction with a projected opening later this year. 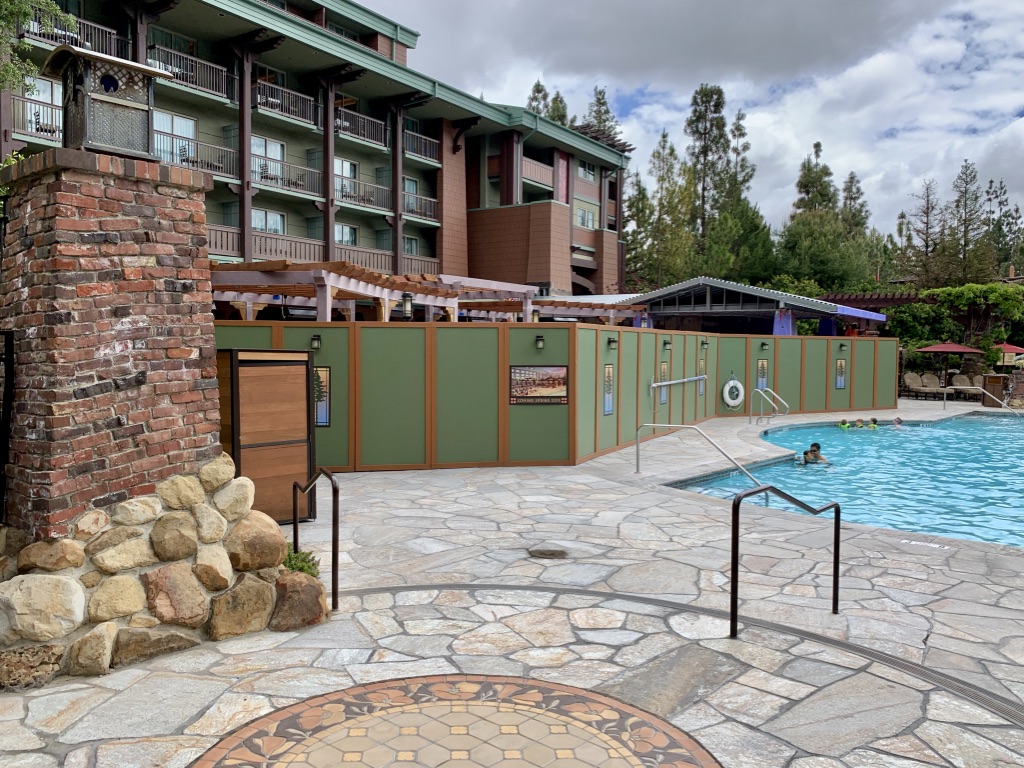 Construction walls line the pool at Disney's Grand Californian Hotel & Spa as crews make progress on the new bar and poolside seating. The project was announced back in September 2018 and it is expected to open later this spring. 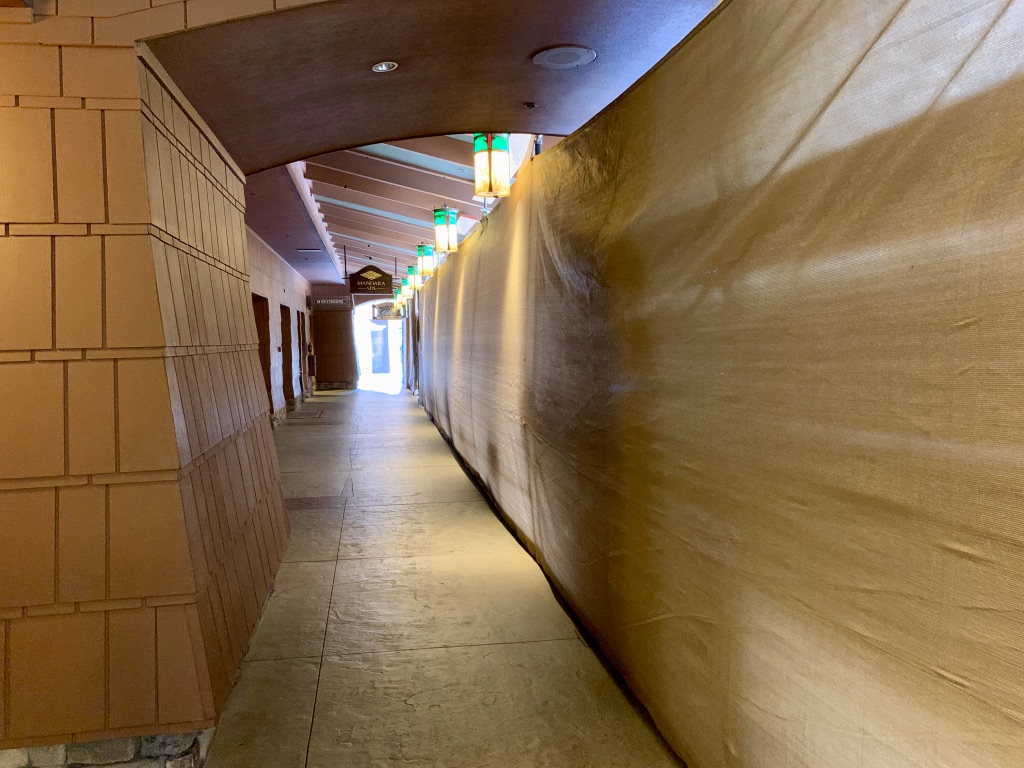 The bar is situated along the walkway outside of White Water Snacks and Mandara Spa. 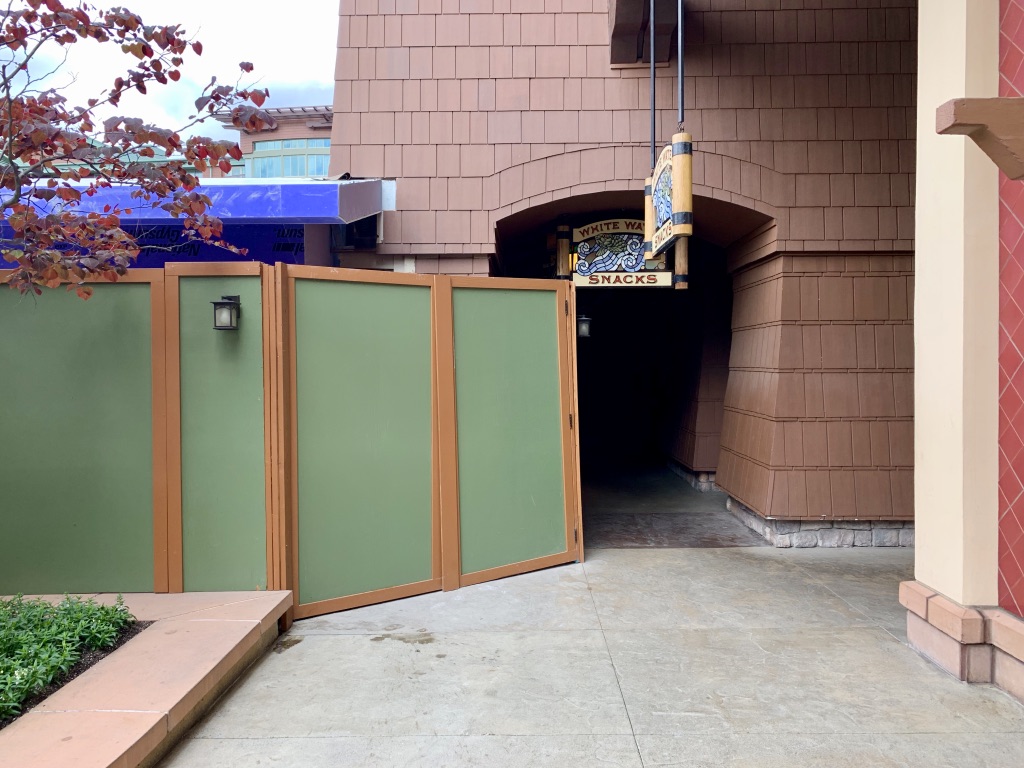 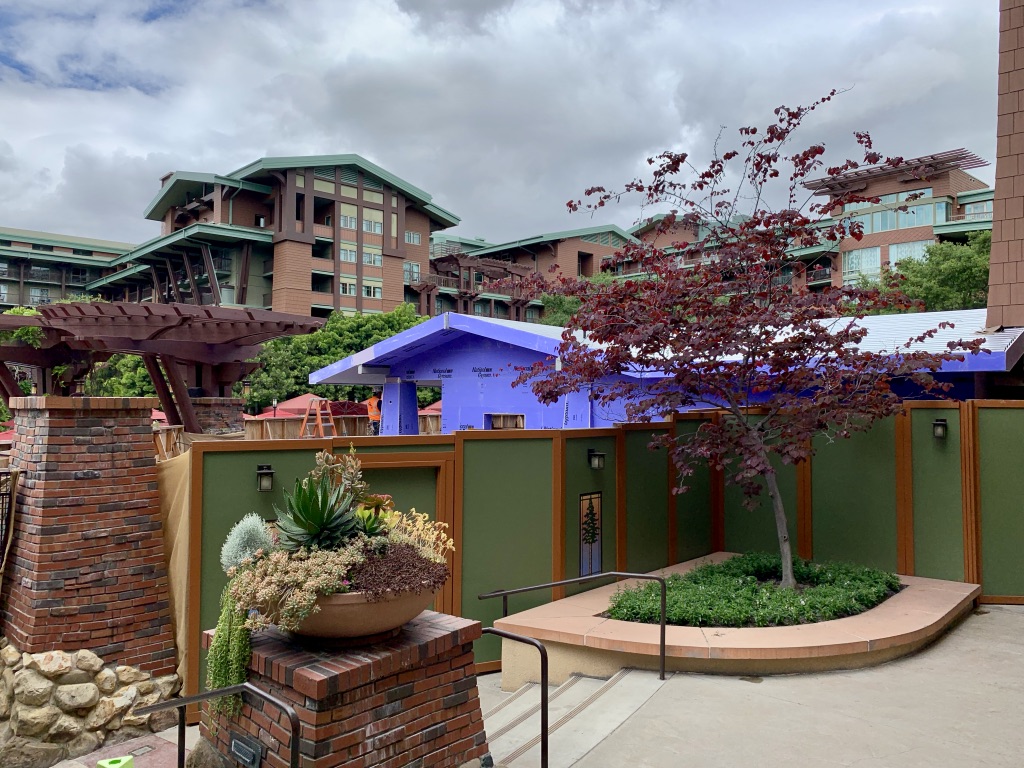 The trellis above the guest seating area is largely complete while the bar building itself is not quite as far along. 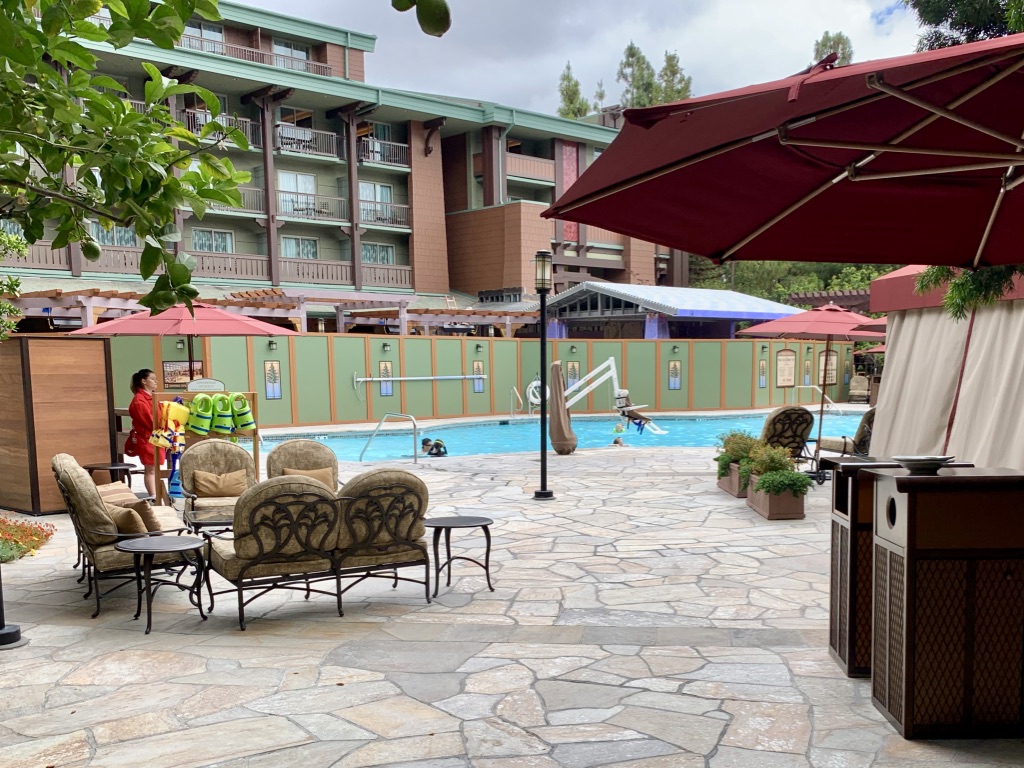 The project is slated for completion by spring 2019.

For additional details including concept artwork, view our prior coverage.