In another move tied to the 25th Anniversary of the Disney Vacation Club, a large oak tree adjacent to the Villas at Disney's Grand Californian Resort & Spa has been dedicated to DVC members. 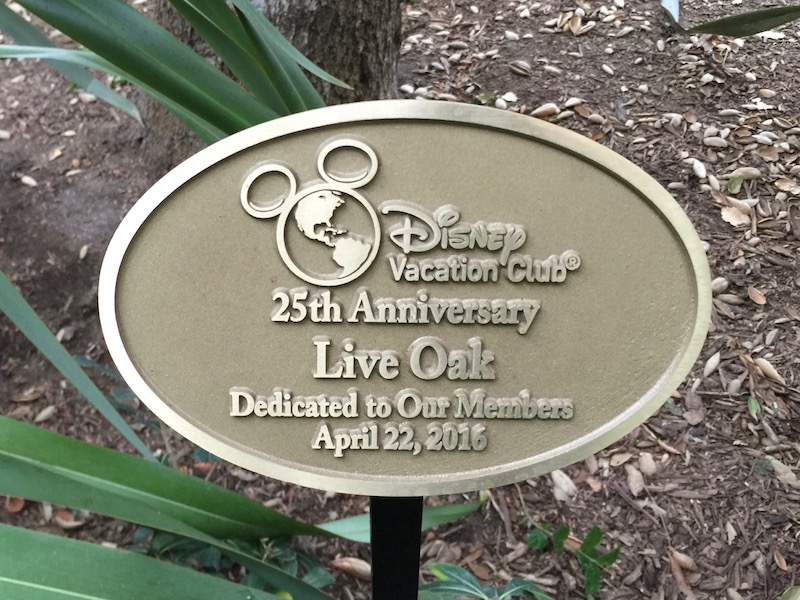 The tree is located off the walkway which separates the villas from the main hotel, near the large outdoor fireplace.  An oval plaque has been placed at the base of the tree which reads: 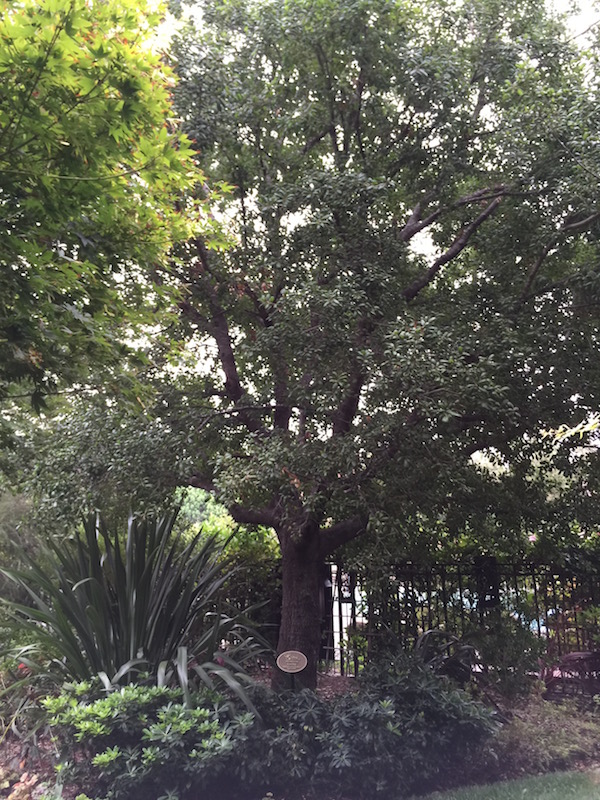 The Villas at Disney's Grand Californian Hotel opened in September 2009 as the 10th Disney Vacation Club property.  It is home to 48 villas of varying sizes, and is currently the only DVC timeshare resort on the grounds of Disneyland Resort.

Thanks to site member 'dwelty' for the photos!