At this stage the valet parking lot has been totally removed, and a temporary walkway cover has been erected to shield pedestrians from the construction that will soon begin. 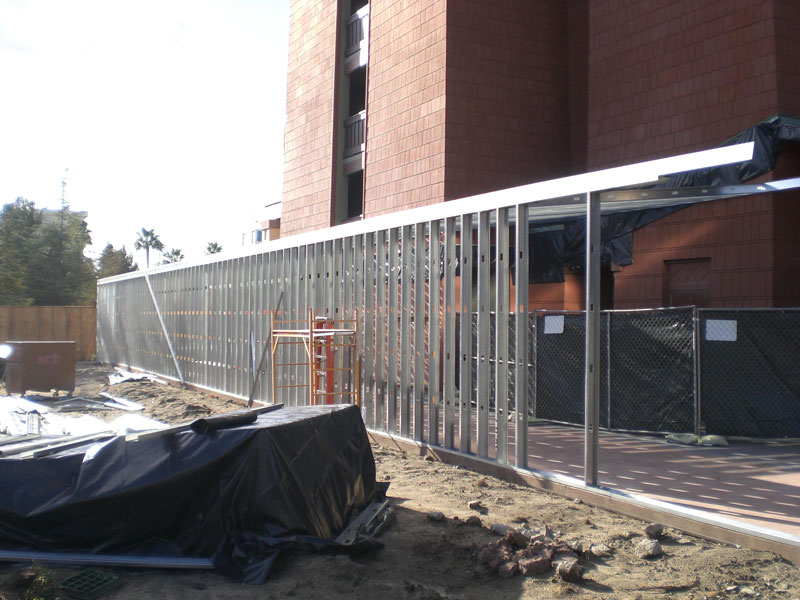 As seen from above, note the new walkway that has been poured.  The concrete is tinted to match the existing (albeit faded) walkways.  The finished nature of the new concrete suggests that the walkway is permanent. 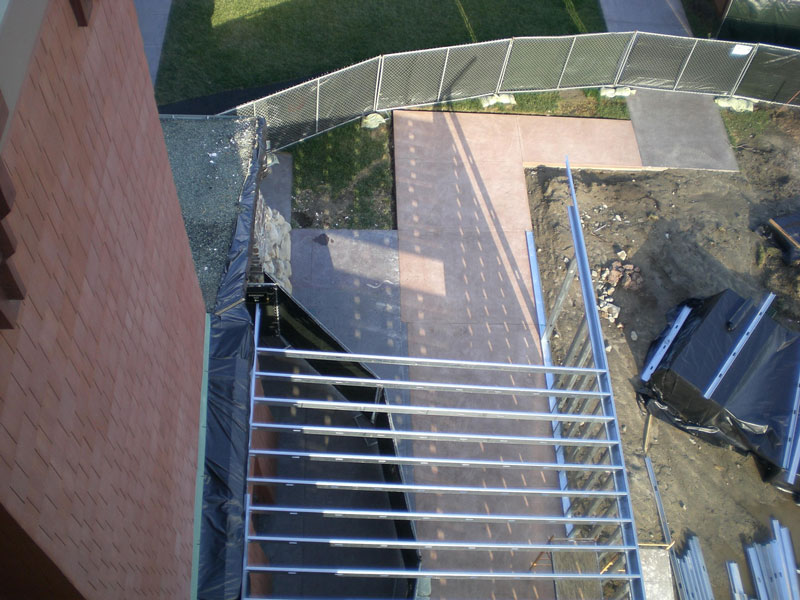 This particular walkway must remain open as it is the only means of exiting the pool area without walking through the lobby.  It is designated an emergency access walkway and must be available at all times.  Notice in the original artists rendering below, the walkway will extend between the existing structure and the addition, out to the entrance of the hotel (lower right corner of drawing).  This should give some indication as to the orientation of the building.

The next two photos are taken from above.  Look near the base of the remaining background trees to see markers outlining the shape of the addition's east wing. 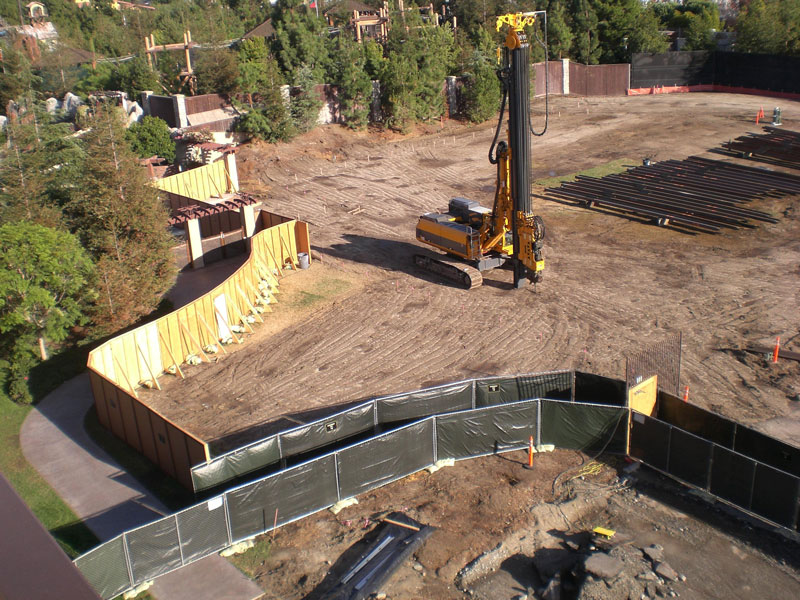 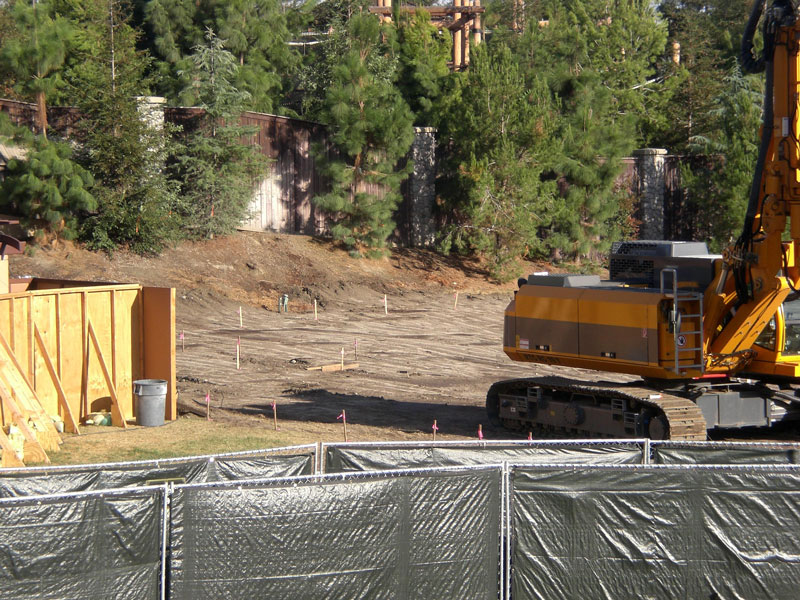 On Monday permit number BLD2007-01926 “Shoring for basement excavation” was approved and issued by the City of Anaheim. This is for the planned underground parking.  This work should begin soon.

The next image features the grassy courtyard between the existing pool and the hotel addition.  This seems the most likely spot for an additional pool as it would blend quite seamlessly into the existing pool complex.  If they do not remove the trees shown in the image, this would make a nice “Quiet Pool” similar to Walt Disney World's Villas at the Wilderness Lodge. 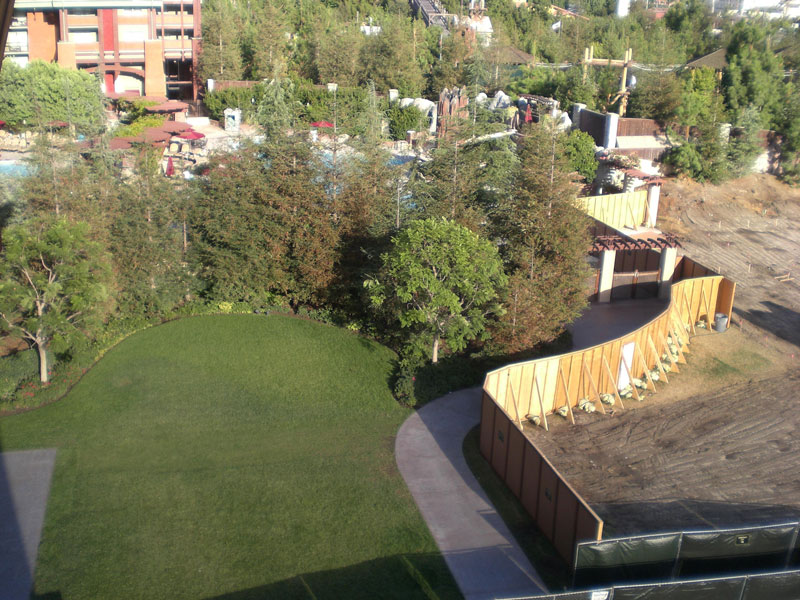 This final image illustrates how the southern edge of the new DVC units will literally be 20 to 30 feet from the theme park.  This view is unprecedented in the annals of DVC, and another example of Disney Vacation Development attempting to set their product apart from the competition. 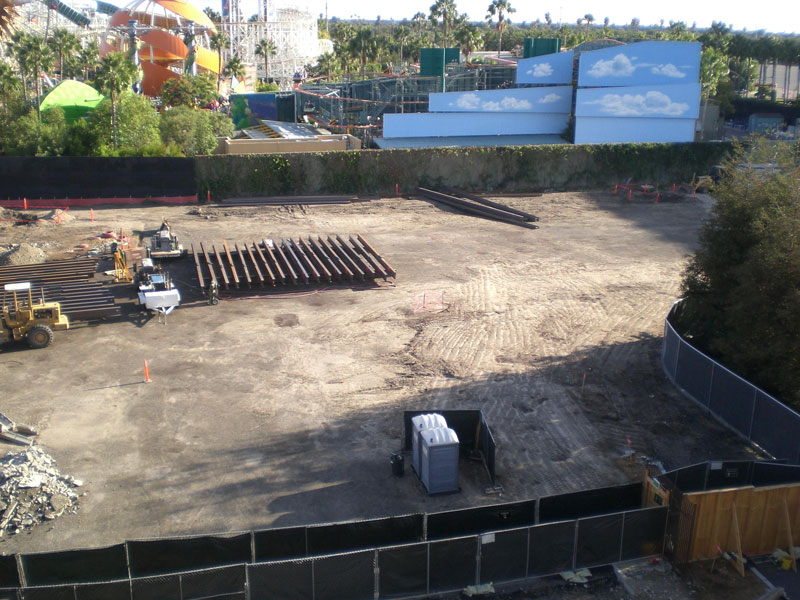 The...ahem...unspectactular blue structure in the background, Mulholland Madness, is slated for removal as part of the revitalization of Disney's California Adventure.