The activity schedule at Disney's Grand Californian Hotel & Spa is lacking the pool parties and outdoor movies which have become a staple at Walt Disney World resorts, but there are a number of unique experiences offered to hotel and villa guests.

For example, the Get Up & Go Power Walk allows resort guests to enter Disney California Adventure several hours before park opening.  While not intended as a sightseeing tour, the Power Walk allows guests to get a behind-the-scenes glimpse of the theme park as it prepares for its operating day.  The activity is particularly appealing while the park is still in the midst of its $1.2 billion makeover.  Open construction walls are commonplace during the Power Walk as workers take advantage of the lack of park guests.

The Power Walk is offered daily and is free to Grand Californian resort guests including those staying in the Disney Vacation Club villas. 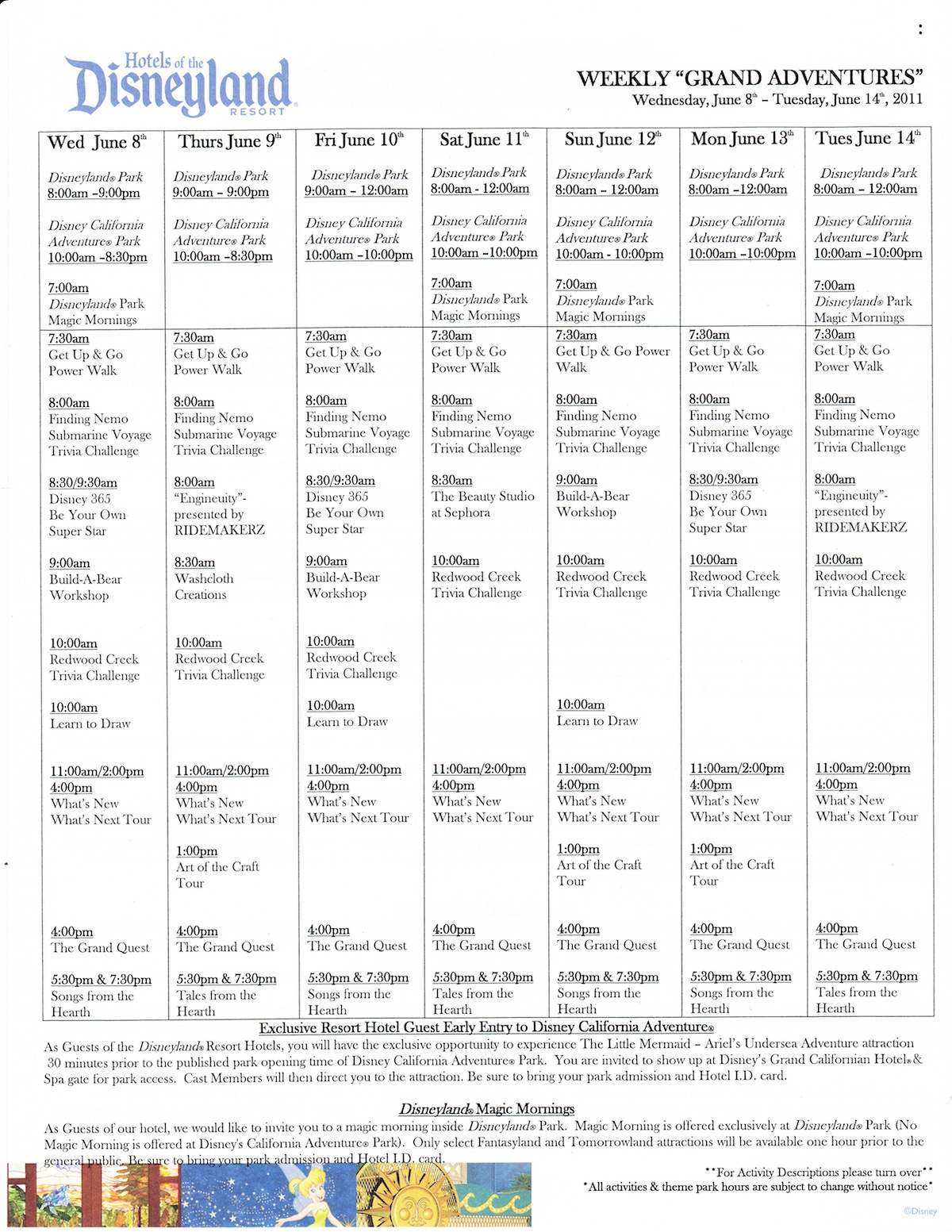 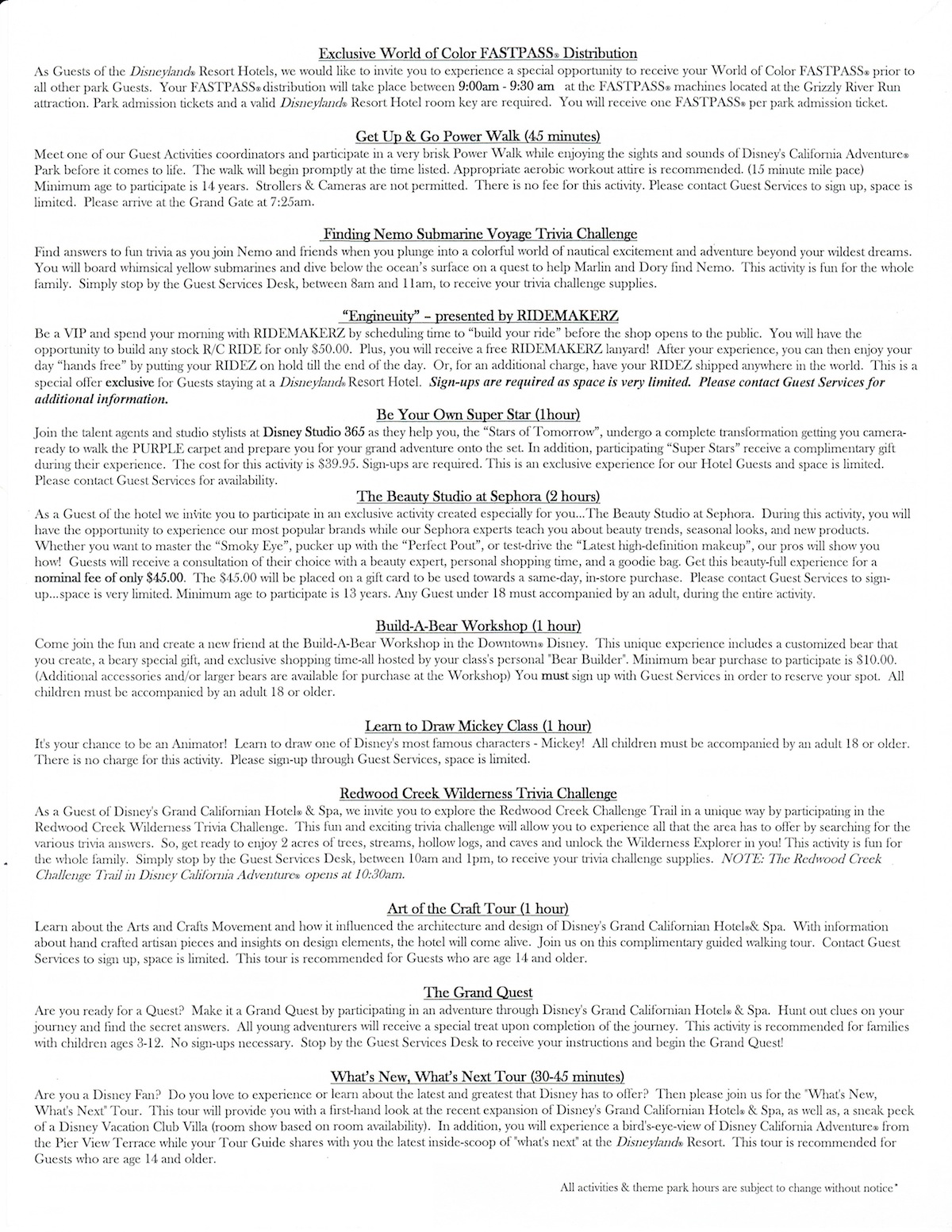 Families with young children may want to try The Grand Quest.  This light treasure hunt takes participants to a number of locations throughout the resort.  Code words are given to Cast Members to receive a destination for the next leg of the journey.  Those who complete the quest receive a coupon for a free cookie from Whitewater Snacks.

Other free activities include a Learn to Draw Mickey class, a look at the architecture and design of the Grand Californian and other trivia quests.

For a fee, guests can participate in unique offerings from area shops including Build-A-Bear, Sephora and Ridemakerz.

Note that the activity schedule does change.  The example provided here is from June 2011.  Updated information can be obtained during arrival at Disney's Grand Californian Hotel & Spa.