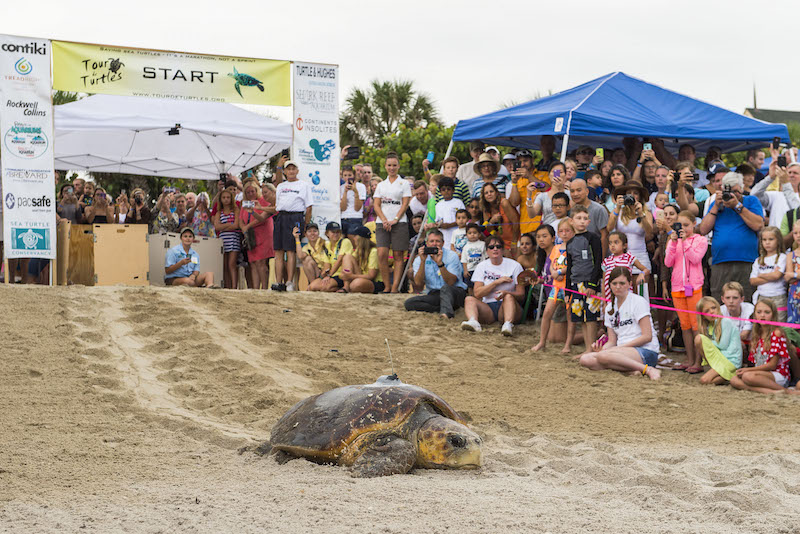 VERO BEACH, Fla. (August 1, 2015) – Earlier today, researchers from the Sea Turtle Conservancy and Disney’s Animal Programs at Disney’s Vero Beach Resort attached satellite transmitters to the shells of two loggerhead sea turtles – named Tinkerbell and Marina – and released them back into the ocean as part of the annual Tour de Turtles migration marathon.

Disney’s Vero Beach Resort guests were invited to cheer on the sea turtles in a grand send-off and enjoy family-friendly activities centered around saving the species. The goal of Tour de Turtles is to raise greater awareness about the importance of sea turtle conservation and for researchers to gain a better understanding of sea turtle habits and migratory patterns that may hold the key to their survival.

This is the eighth year Disney has sponsored the event. You can track the turtles’ migration online at www.tourdeturtles.org.