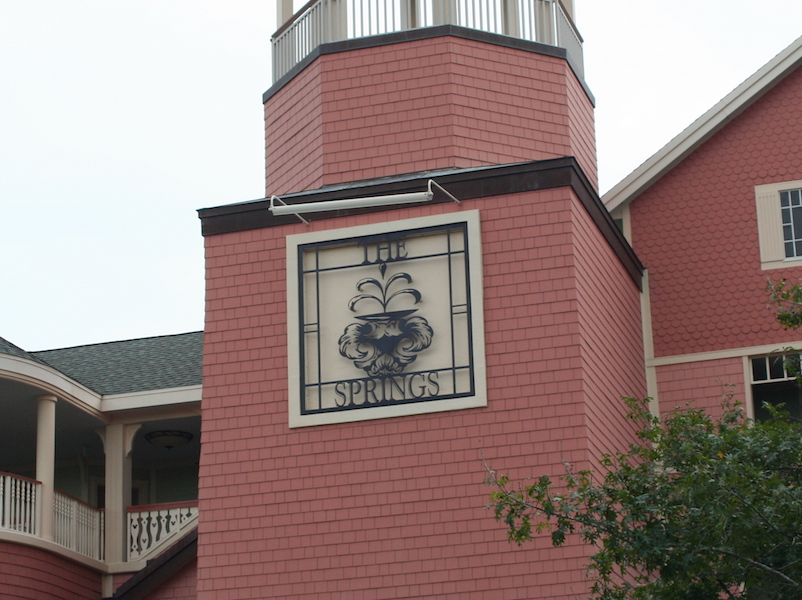 Disney cannot do much to address the theme or guest room size without significant investment, but they can make changes to the points charts.  And they have revealed plans to make just such a change.

Starting in 2017, eleven of the eighteen buildings at Saratoga Springs will be classified as "Standard."  Note this is not exactly a view classification, rather it appears to be related more to the building location or desirability.  The seven buildings in Congress Park and The Springs will henceforth be dubbed "Preferred" while The Paddock, The Carousel and The Grandstand fall into the Standard classification.

Disney's goal appears to be balancing demand for certain buildings at Saratoga Springs, while also increasing the resort's overall desirability by lowering nightly point requirements for the Standard accommodations.

The first chart below compares the 2016 nightly costs for these two properties before the separation of Standard and Preferred villas at Saratoga Springs.  Listed are costs for Deluxe Studio, One Bedroom and Two Bedroom villas at both resorts across all DVC seasons.

The advantages of Old Key West are immediately identifiable.  Of the thirty villa / date combinations displayed for both resorts, Old Key West is the lower-priced destination twenty-seven times.  Twice the two resorts are priced identically and only once is Saratoga Springs cheaper.

The disparity is most evident for a Choice Season One Bedroom villa where a week at Saratoga Springs costs 32 points more than Old Key West--206 points for Saratoga vs. 174 points for Old Key West.

Beginning in 2017 there will be eight instances where Saratoga Springs is cheaper and seven when the resorts are priced identically.  Even when Old Key West is still the lower-cost option, the disparity is consistently less than 2016 and prior.  That Choice Season One Bedroom Villa which previously cost 32 points more at Saratoga Springs will only be 18 points extra for a 2017 Standard room.

Note that some of the cheapest accommdations in the entire Disney Vacation Club program are Value rooms at Disney's Animal Kingdom Villas.  However the scarcity of those villas eliminates them as a viable destination for most DVC owners.

Will the introduction of Standard and Preferred classifications help boost the appeal of Saratoga Springs?  The degree of impact is certainly debatable but it seems that this move can only help.  Members looking for the lowest-cost option will soon find that Saratoga Springs beats-out Old Key West in many scenarios.  Others will gladly pay equal cost or a modest point premium to stay at Saratoga Springs for its proximity to Disney Springs, the Lake Buena Vista Golf Course clubhouse, dual feature pools and other amenities.

Meanwhile fans of Congress Park and The Springs face a difficult decision.  While they will soon be guaranteed a room in one of those two preferred sections, the trade-off will be a higher price paid for each stay.