Written by Tim Krasniewski. May 19 2021 Posted in Riviera Resort News 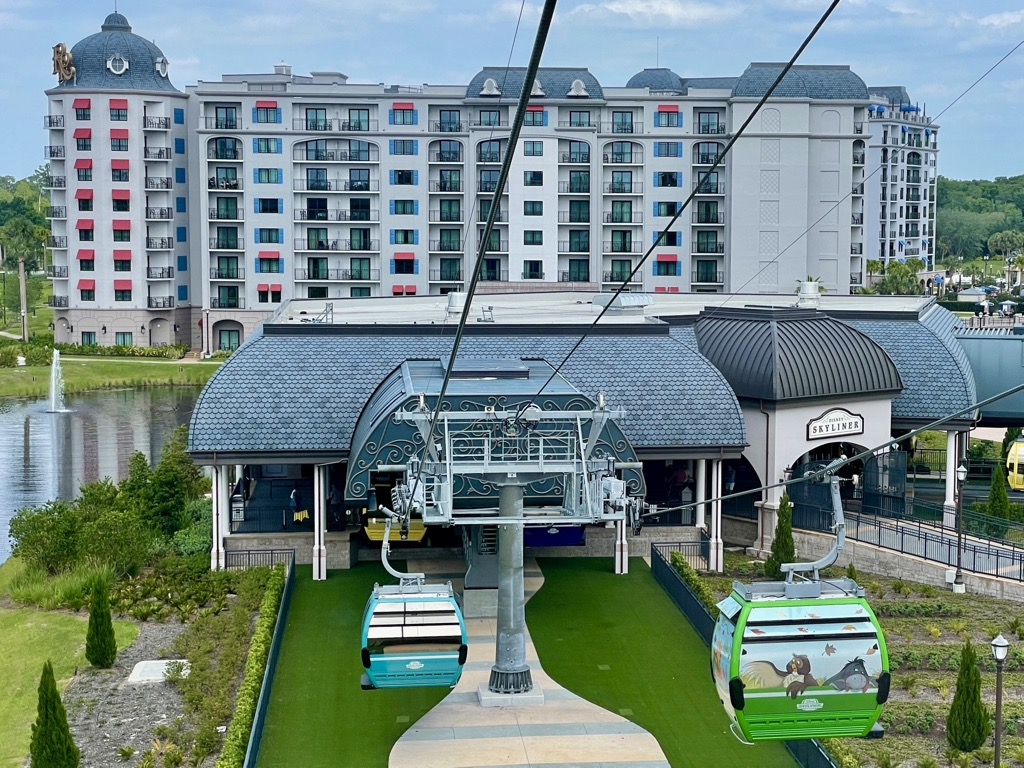 The spur of Disney's Skyliner which links EPCOT to Riviera and Disney's Caribbean Beach Resort is scheduled to be unavailable from January 23 through January 28, 2022. Periodic maintenance is the reason for the planned downtime.

The Skyliner serves as the primary mode of transportation to EPCOT and Disney's Hollywood Studios for guests staying at Riviera, Caribbean Beach, Disney's Pop Century Resort and Disney's Art of Animation Resort. Those staying at Disney's Beach Club Villas and Disney's BoardWalk Villas may also make use of the system given the proximity of the EPCOT station to the resorts.

During the closure, bus service will be added to each of the impacted resorts. Friendship boats are also available to transport EPCOT-area resort guests between the two parks. Guests staying at Riviera would have the option of walking to the Caribbean Beach station for access to Hollywood Studios.

Disney's Skyliner opened in September 2019 and quickly resumed operation in July 2020 following the COVID-19 theme park closure. Reports of Skyliner failures have occasionally made the rounds on social media. Most stoppages are typically brief. The most noteworthy incident occurred in October 2019 just days after its opening when several cabins collided in a load station.

Disney has not provided any details on work planned during this January closure.

Ed. Note: Disney has since updated information to list the Skyliner closure from January 23 - 28, 2022. It is not known if the Riviera station will be impacted during the entire period.