Disney Vacation Club has announced plans to add additional villas to its current presence at Disney's Polynesian Villas & Bungalows with a projected opening in late 2024. 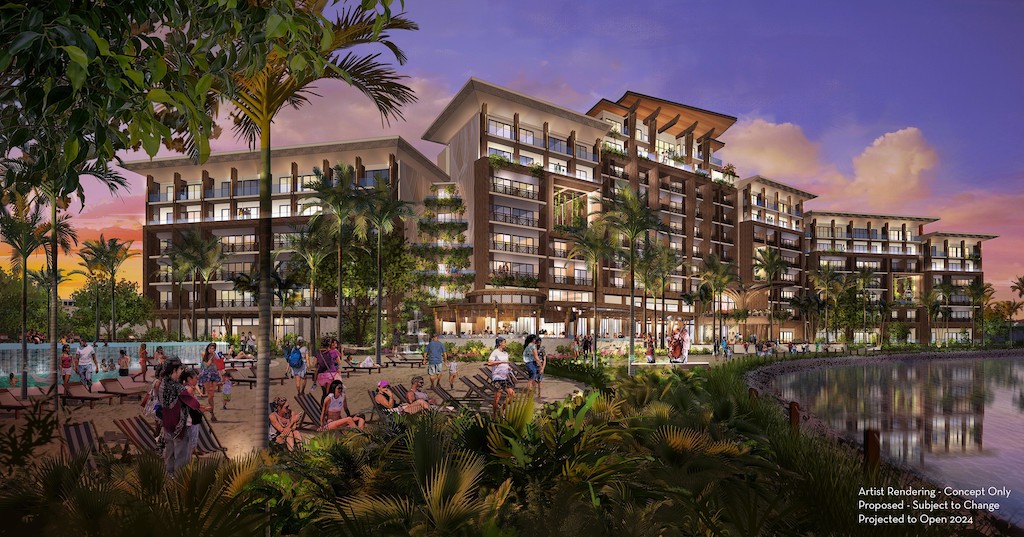 “It’s no secret that our Members and Guests love the monorail resorts at Walt Disney World,” said Bill Diercksen, senior vice president and general manager of Disney Vacation Club. “Expanding our Disney Vacation Club offerings at the Polynesian would give our Members and Guests yet another incredible option for staying close to the magic while making vacation memories that last a lifetime.”

Inspired by the early concepts for Disney’s Polynesian Village Resort, the Imagineers of today are honoring the past while furthering the resort story with this innovative addition. Projected to open in late 2024, the proposed vacation ownership property would complement the existing resort and evoke the spirit of the Pacific Islands.

Situated on the shores of Seven Seas Lagoon, the proposed property would join the rest of the resort in offering stunning views of the Magic Kingdom. Proposed plans would offer additional rooms, new recreation offerings and dining options. More information and project details will be shared at a later date.

Since 2015, Disney's Polynesian Villas & Bungalows has been a favorite resort destination, offering an island paradise in the middle of the magic. Disney's Polynesian Villas & Bungalows currently has 380 Disney Vacation Club villas, including the largest Deluxe Studios at any Disney Vacation Club resort at Walt Disney World and unique two-bedroom Bora Bora Bungalows, located over the waters of the Seven Seas Lagoon – the first of their kind at Disney.

Disney Vacation Club, a leader in vacation ownership, debuted in 1991 with a flexible, vacation points-based system rather than the traditional fixed-week timeshare model. Today, Disney Vacation Club has more than 250,000 Member families, from all 50 states and approximately 100 countries, who have discovered the joys of membership.

With Disney Vacation Club properties located near the Disney theme parks in Florida and California, Members have easy access to new and innovative attractions on both coasts for years to come. For more information, visit www.disneyvacationclub.com.