So how big are the Polynesian bungalows?

Those watertop bungalows being constructed at Disney's Polynesian Resort are curently the talk of the Disney Vacation Club world but nobody seems to know exactly how large the buildings will be.  It turns out that with some careful measurements, we can get a pretty close approximation of the building dimensions.

Now that some of the bungalows are fully framed, it's possible to use deductive reasoning to approximate the size of the structures.  Take a look at the image below, which depicts the front of one bungalow.  The full width of the building is about 8 times the width of the front door opening. 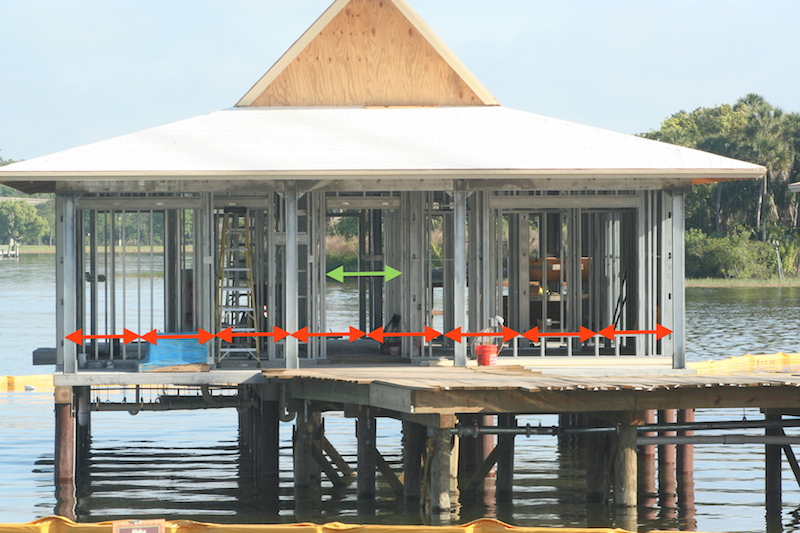 Assuming the door opening is close to the modern standard of 36", we can conclude that the bungalows are about 288"--or 24'--wide.

Additionally, plans illustrating the concrete pylons underneath each bungalow suggest that the structures are almost exactly 2 times as deep as they are wide. 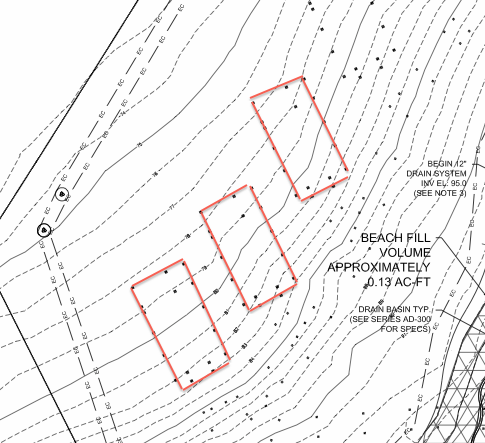 That said, it is entirely possible that the bungalows are designed with a unique floor plan, perhaps even featuring three separate bedrooms like the 1074 sq ft Treehouse Villas at Disney's Saratoga Springs Resort & Spa.

But it appears unlikely the Polynesian bungalows will approach Grand Villa size, all of which are over 2000 sq ft with Grand Floridian topping the list at 2800 sq ft.