Rapid progress continues on the Disney Vacation Club watertop bungalows at Disney's Polynesian Resort with two units framed and roofed and others following close behind. 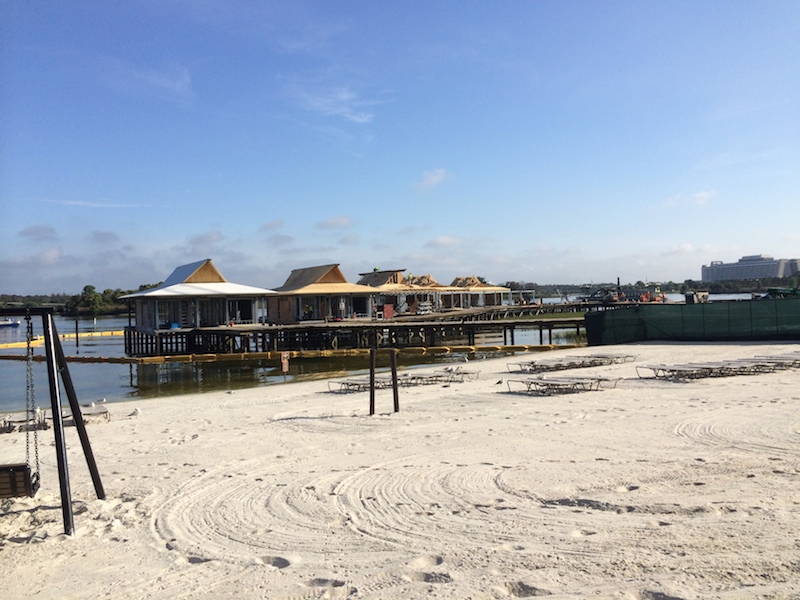 The five units pictured below are furthest along in the construction process.  Two bungalows appear to have all of the aluminum framing complete along with the wooden foundation of their Hawaiian-style "Dickey Roofs."  The next three units are framed but work continues on the roof installation. 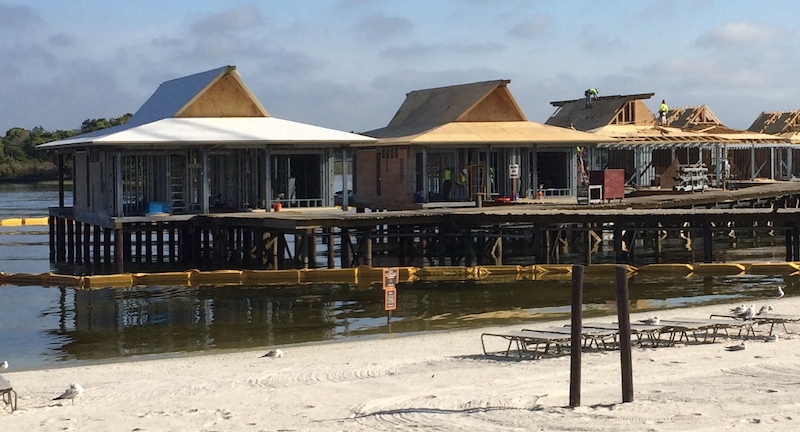 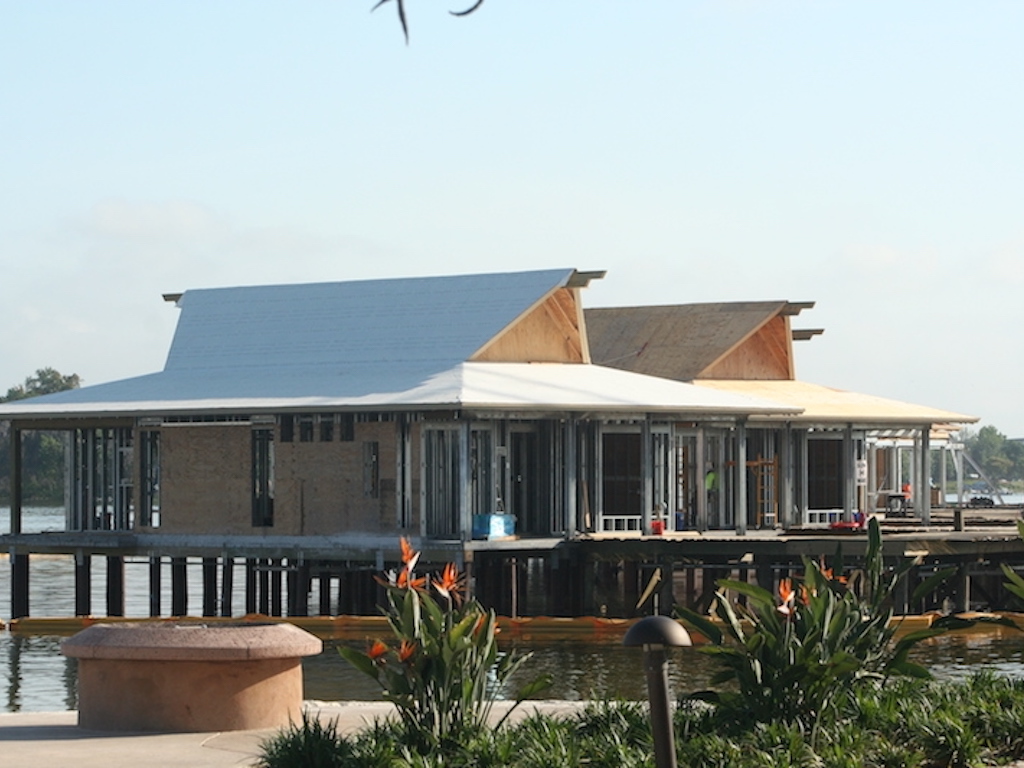 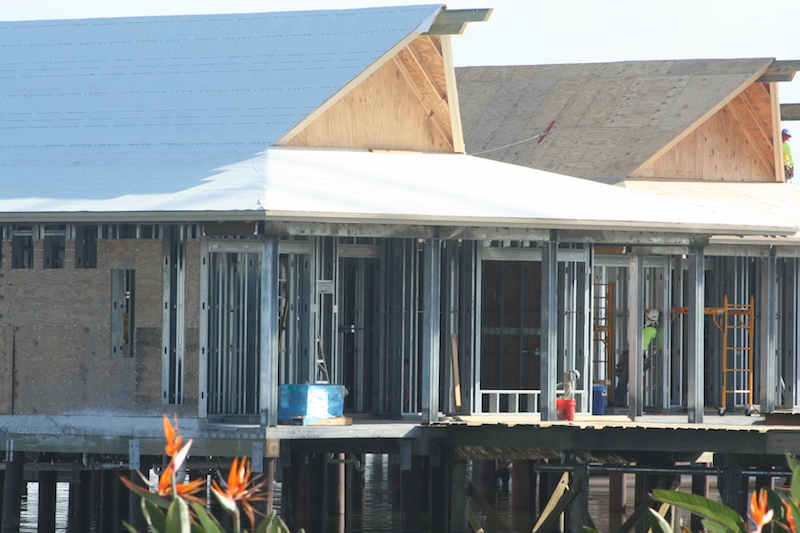 With a closer look at the most complete bungalow, interior details begin to emerge.  Size-wise, the bunglows appear to be no larger than a DVC Two Bedroom villa.  There is no second story. 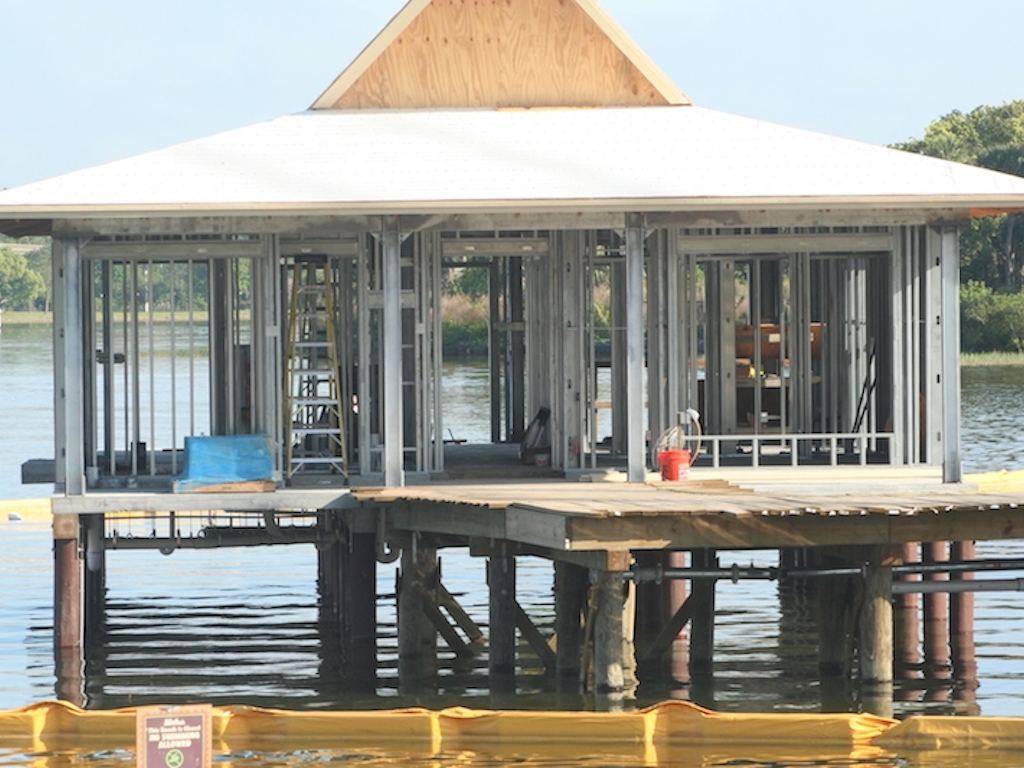 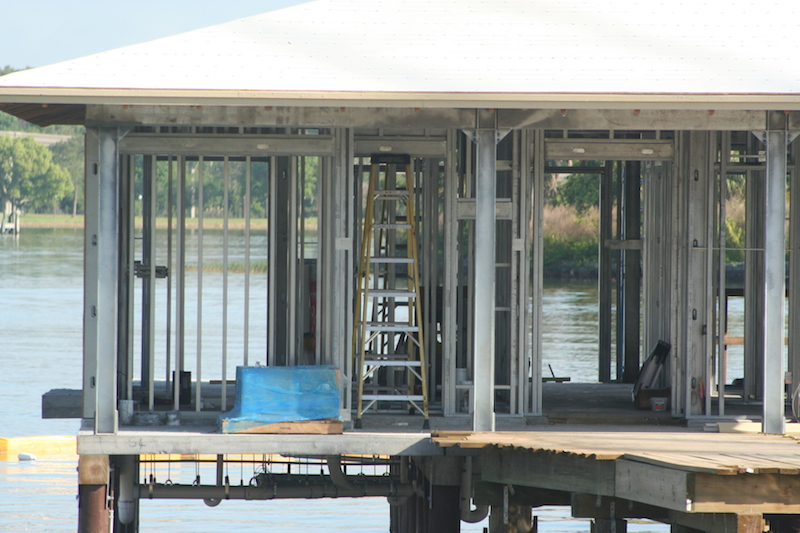 A large picture window faces toward the Polynesian Resort's "Hawaii" building.  Rear windows will look out toward the Magic Kingdom theme park. 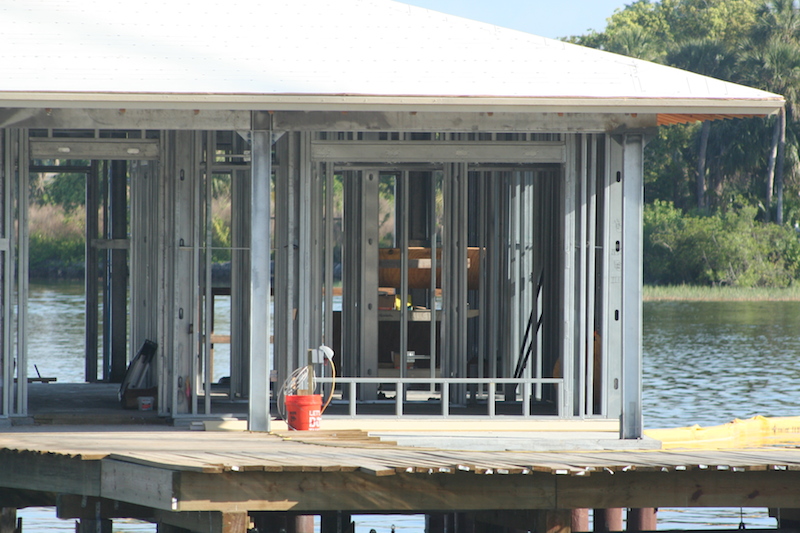 On the eastern side of Sunset Point, construction is in much earlier stages with framing work on some roofs barely having begun.  A total of 20 bungalows are planned with 13 of the surrounding the Sunset Point site and the other 7 lining the beach adjacent to the "Tahiti" building. 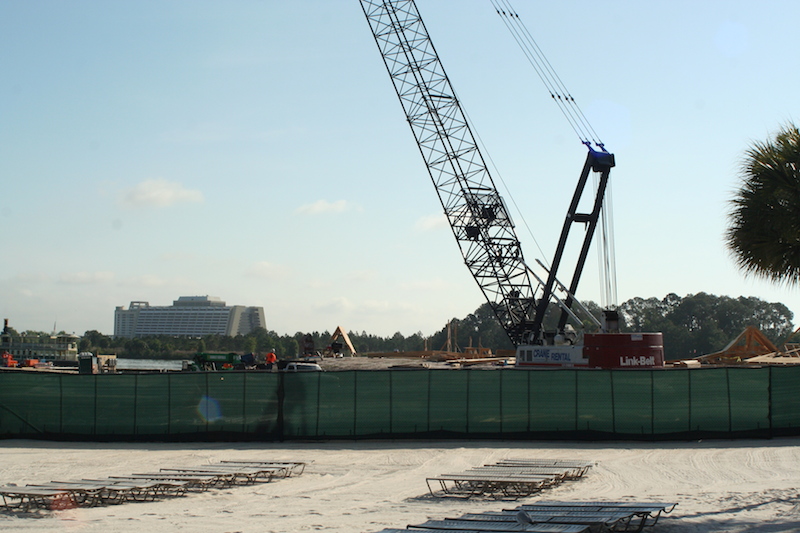 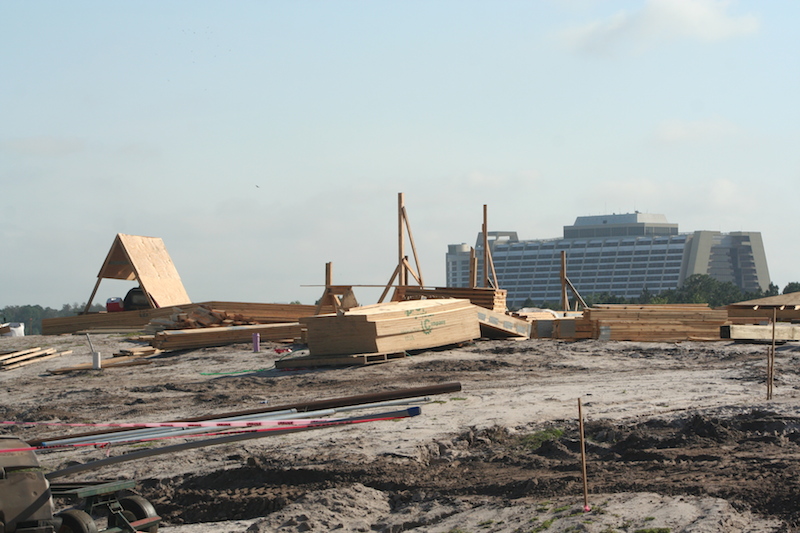 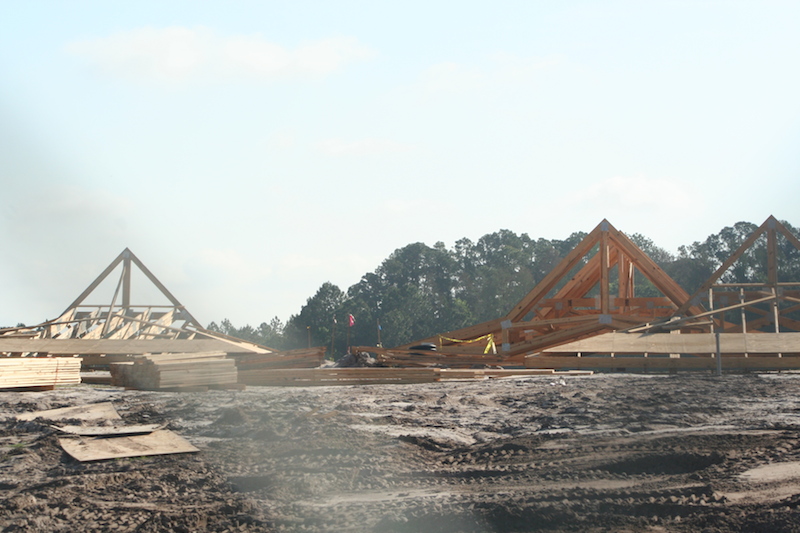 Meanwhile two existing structures at the Polynesian will be converted to more traditional Disney Vacation Club villas.  The "Rapa Nui" building is surrounded by construction fencing but no visible progress is evident in the units depicted in the second photo below. 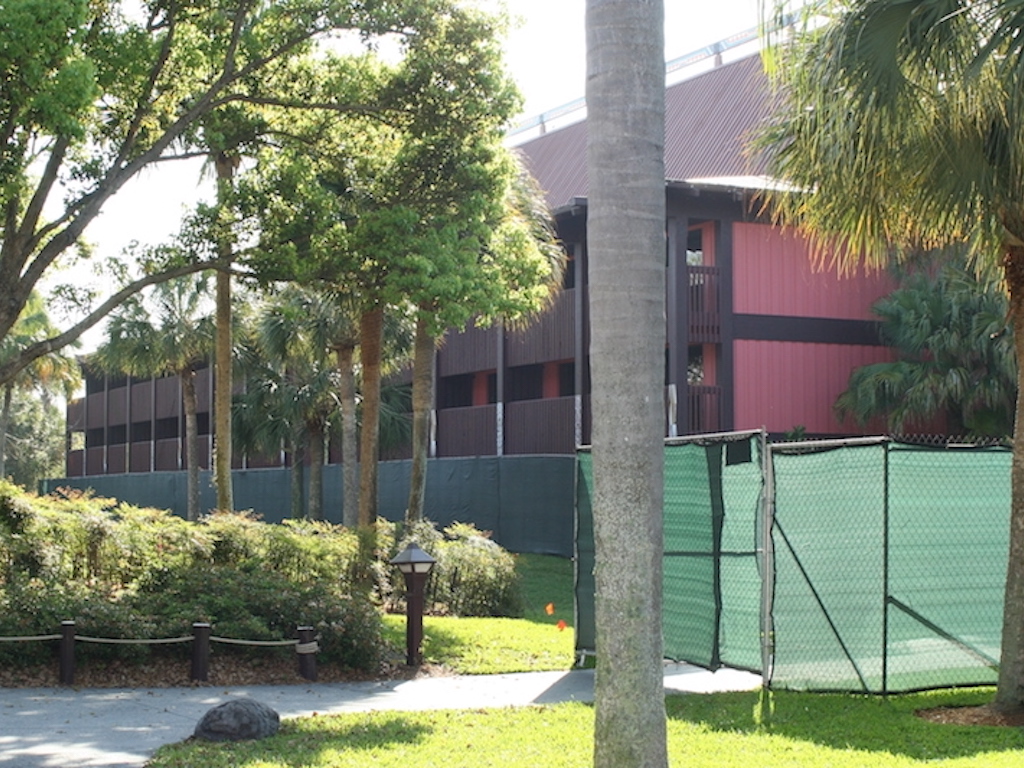 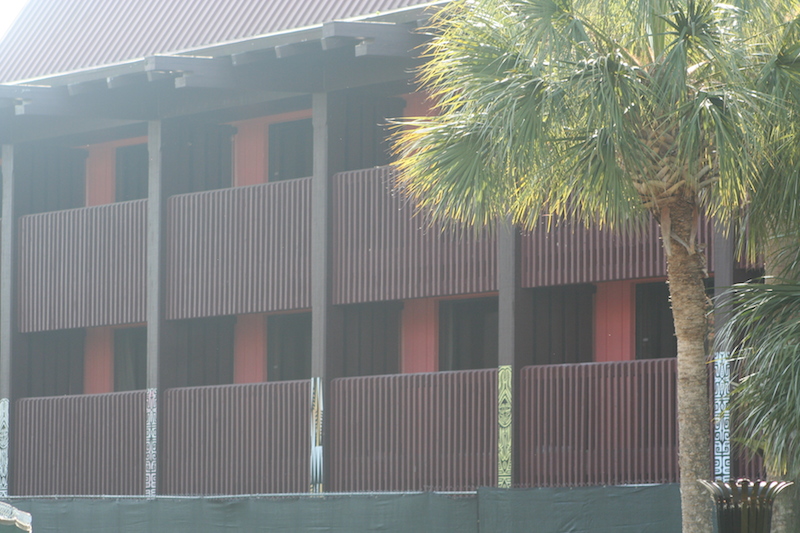 Also slated for villa conversion is the "Tahiti" building, but again little progress is evident from this angle.  Interior work is almost certainly under way in some portions of these buildings. 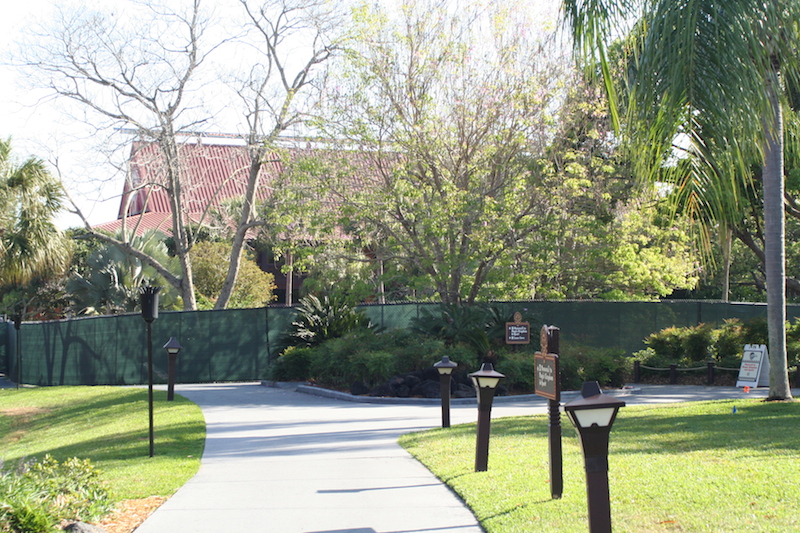 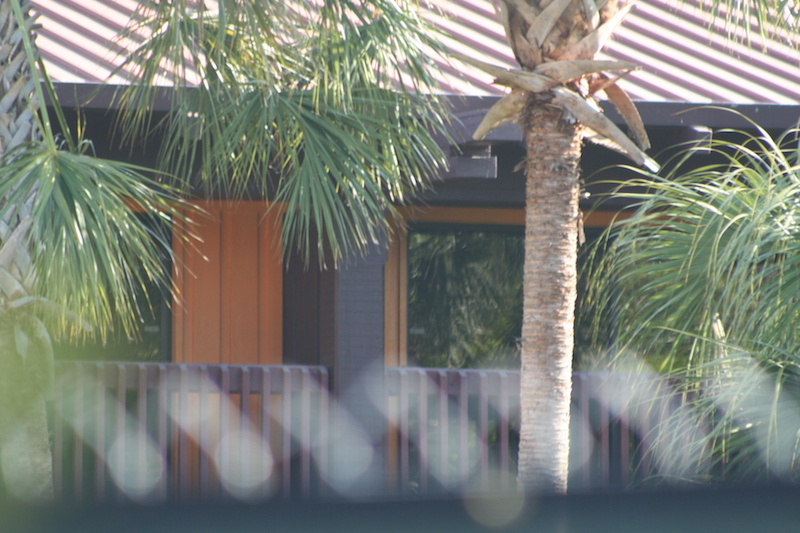 Disney Vacation Club formally announced its intentions to build villas at Disney's Polynesian Resort with a 2015 estimated opening date.  Very few other details have been revealed.

Other resort renovation projects are scheduled to begin shortly including changes to the Grand Ceremonial House, an expansion of Capt. Cook's into the former Wyland Gallery space and changes to the Nanea Volcano Pool.