Written by Tim Krasniewski. November 22 2019 Posted in Other Resorts News

Disney Vacation Club today submitted a proposal to the city of Anaheim to construct a 12-story timeshare facility adjacent to the Disneyland Hotel. 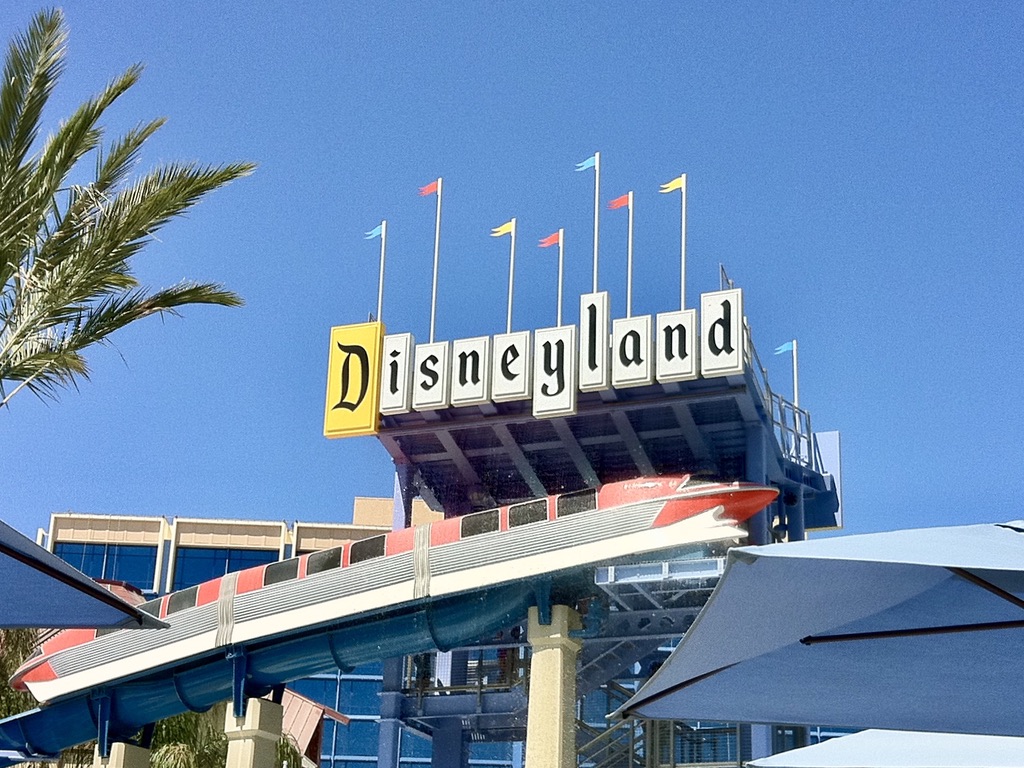 According to the Orange County Register, the application was submitted on November 22, 2019 for a conceptual development review by the city. The tower would contain 350 DVC villas, with a design to compliment the iconic Disneyland Hotel.

The new tower would be located west of the Frontier Tower on a plot of land that is largely undeveloped. And existing laundry facility would have to be relocated.

In a statement, Disney Vacation Club Senior Vice President Terri Schultz said "[w]e look forward to working closely with the Disneyland Resort, the City of Anaheim and engaging our neighbors on this project, which would also create new jobs and spending in the community, as well as generate additional revenue for the city."

The project would reportedly create 550 construction jobs and 100 operations jobs.

Currently the sole west coast presence for Disney Vacation Club is the 48-unit Villas at Disney's Grand Californian Hotel. The Grand Californian opened in the fall of 2009 and sold-out about 2 years later. Given its status as the smallest DVC deveopment and sole location at Disneyland, Grand Californian points are expensive to acquire and its rooms difficult to book. 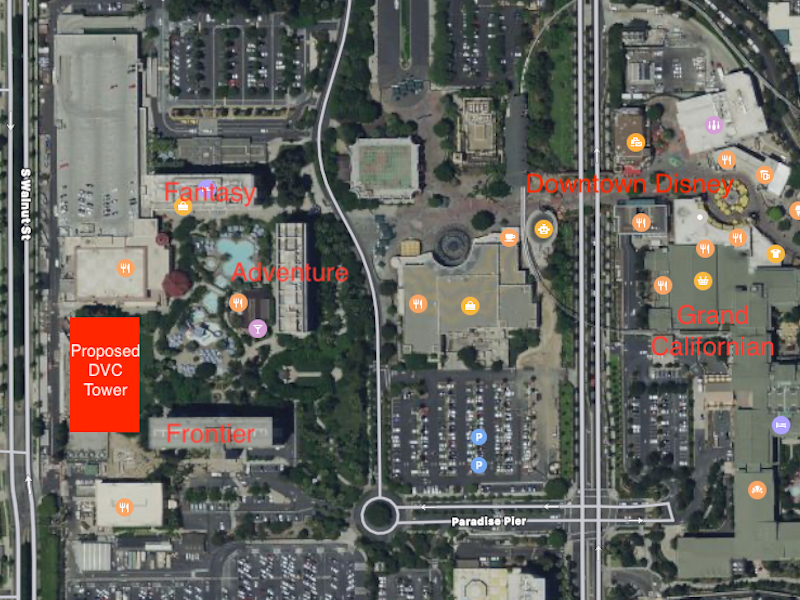 In 2016, Disneyland announced plans to build a 700 room luxury hotel on the western side of the Downtown Disney shopping district. Although no DVC presence was announced, some had theorized that timeshare villas would ultimately be included in that project. The hotel was cancelled in October 2018 due to a disagreement with the city regarding tax incentives.

No tax incentives will be sought in conjunction with this new project.

The Register quoted Disney officials as saying: “What we are announcing today is a timeshare property for our Disney Vacation Club members. This is not a hotel. And to confuse the two would be misleading.”

No estimated completion date was revealed, but it is not expected to open before 2022.