The next decade of DVC

Written by Tim Krasniewski. August 22 2014 Posted in Other Resorts News 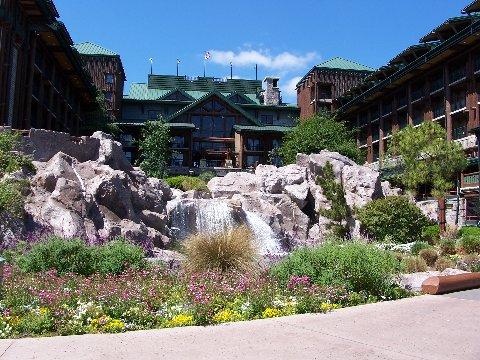 Several weeks back, reports emerged that the next Disney Vacation Club project may be conversion of hotel rooms to villas at Disney's Wilderness Lodge.  Additional sources have since confirmed this project, along with some new details on the plans.

In recent years, occupancy has dropped off significantly at Disney's Deluxe resorts.  The causes are numerous:  the economy, Disney's ever-increasing prices, frequent Deluxe resort guests buying into Disney Vacation Club.  Whatever the reason, Disney's Wilderness Lodge has been hit particularly hard with occupancy occasionally sinking to just 40-50% of its 728 rooms.

Disney will continue this trend by converting hotel rooms at the Wilderness Lodge to DVC villas.  The exact number of rooms to be converted is not known, but expect it to be significant. Several hundred rooms will remain available to cash guests but expect more to become villas.

The exact layout of the converted villas is not known at this time.  Disney executives may wait to decide until after they get feedback on the Polynesian villas.  As previously reported by Steve "Tikiman" Seifert, converted Polynesian villas will not feature any of the familiar One or Two Bedroom setups.  The three converted longhouses appear to be entirely Deluxe Studio villas, likely with expanded bathing facilities similar to the Villas at Disney's Grand Floridian Resort & Spa and a sleeping capacity of 5 guests.

Demand for Deluxe Studio villas often exceeds availability at current DVC properties.  Previous design philosophy has lead Disney to build roughly equal numbers of Studios, One Bedroom villas and Two Bedroom villas over the last decade.  However, the lower nightly cost of a Studio combined with modest needs of owners--many of whom are buying DVC after frequenting traditional hotel rooms--have lead to shortages in that room category.

With the Wilderness Lodge already home to more than 100 One and Two Bedroom villas, it would come as no surprise if the hotel rooms were all converted to Studios rather than the more elaborate approach taken with Jambo House.

Borrowing another page from the Polynesian playbook, the expanded Wilderness Lodge DVC will also feature prestigious bungalow-style accommodations.  Keeping with the wilderness theme, Disney plans to build stand-alone cabins along the beach bordering Bay Lake.  The cabins will sleep 8-9 guests and feature high end amenities like a private fire pit and hot tub.

A new or expanded pool facility is being planned for the resort, possibly including a lazy river.

Disney Vacation Club's target date for opening of the new Wilderness Lodge villas is 2017, but the relative simplicity of converting existing rooms (compared to new construction) leaves this date somewhat fluid.  The exact timeline could be shortened or lengthened by several months depending upon response to the Polynesian.

Assuming this endeavour succeeds at the Wilderness Lodge, expect Disney's Beach Club and/or Disney's Yacht Club to follow with a similar project.  There is some internal debate at Disney as to exactly what would occur at the Yacht and Beach Club resorts.  By mid-2015, Disney's Yacht Club will be the only Walt Disney World Deluxe property with no Disney Vacation Club presence.  Some are pushing to keep Yacht Club DVC-free due to resort convention business and other factors.

Regardless of its final makeup, Disney will find a way to bring more villas to the popular Epcot resorts area.

Still in the mix is the proposd new construction at Disney's Fort WIlderness Resort.  This facility was literally weeks away from a scheduled groundbreaking when Disney decision-makers shifted focus to the Polynesian villas.  The project is still on Disney's radar with a tentative construction start in 2018 and 2-3 year completion timeframe.

Finally, rumors of Disney Vacation Club eyeing Disney's Moderate-class resorts are true...but it would most likely not be a "Moderate DVC."

In the past, DVC has looked into the possibility of placing villas at Disney's Coronado Springs Resort.  With an elaborate feature pool, multiple dining options and convention facilities, Coronado Springs is arguably the most upscale of the Disney Moderates.

But the resort currently receving the most attention is Disney's Caribbean Beach Resort.   Caribbean Beach would not be a "Moderate DVC" in that no current guest rooms would be sold as timeshare villas.  While some argue that a lower-priced "Moderate DVC" would make the program more accessible to budget-conscious owners, expect DVC to continue pursuing the Deluxe pricing model as long as they have buyers.

The plan designers are currently pursuing involves completely demolishing three or four of the resort's six "islands"--at least half of the resort--and building a DVC villa tower.  The proposed design could see a DVC villa building up to 7 stories tall at Caribbean Beach.

As part of the Caribbean Beach Resort redesign, one source indicates that Disney is considering extension of neighboring waterways to provide boat service between Caribbean Beach and the Epcot and Disney's Hollywood Studios theme parks.

Some rebranding of the resort may even occur if Disney feels the need to distance itself from that "Moderate" label associated with the Caribbean Beach Resort name.

Keep in mind the above projects are all on the proverbial drawing board and are subject to change--particularly projects which are at least 5+ years down the road.  Changes in executive leadership, changes in the economy and a variety of other factors can have an immediate impact on capital improvements of this scale.

With the Polynesian Villas less than a year away from completion, expect to see some activity on the Wilderness Lodge hotel conversion soon.  We will continue to update other rumors as new details emerge.