Could this be the Grand Floridian Villas?

Written by Tim Krasniewski. September 07 2011 Posted in Other Resorts News

An image was forwarded to DVCNews.com which appears to be pretty much what one would expect from a Disney Vacation Club villa wing at Disney's Grand Floridian Resort & Spa.

The image below appears to be concept artwork for a DVC expansion to the Grand Floridian.  The location relative to the existing Grand Floridian structure is about right, with Magic Kingdom fireworks lighting the sky overhead. 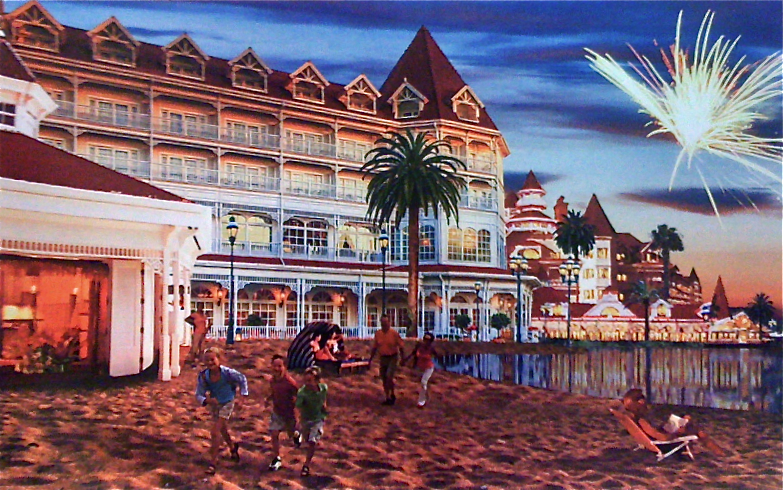 While the construction style blends nicely with the Grand Floridian, its layout suggests villa units with indivdiual balconies.  The building appears to jut out into the Seven Seas Lagoon as indicated in project permit filings.

Is this our first look at the Villas at Disney's Grand Floridian Resort?

Disney continues to make progress on its "Project 2011-1" but has yet to comment on the exact nature of the construction between the Grand Floridian and the Disney Wedding Pavilion.