Written by Tim Krasniewski. September 01 2011 Posted in Other Resorts News

A future Disney bride has been informed that her wedding must be moved from the Disney Wedding Pavilion due to construction work at Disney's Grand Floridian Resort & Spa.

As detailed in a blog post at TouringPlans.com, at least one couple with an upcoming wedding planned for the Wedding Pavilion has been told that the ceremony must be relocated.

In order to expand the shoreline, Disney plans to dredge the floor of the Seven Seas Lagoon and ultimately expand the construction site out into the lagoon.  This expansion would then accommodate a larger building footprint.  The shoreline work is scheduled to occur on and around September 27, 2011.

The situation came to light via postings from one impacted bride on the DISBoards.com discussion forum.  Note that the bride has since requested that the discussion thread be removed due to the negative nature of some follow-up comments.  Per comments on her Twitter feed, the bride does plan to keep the wedding date and is currently working with Disney Fairy Tale Weddings staff to agree on an alternative site.

Meanwhile other brides have been provided with computer renderings of the visual disruption expected throughout the construction project.  The images below illustrate what brides can expect to see in the area surrounding the Wedding Pavilion at various times in the coming months. 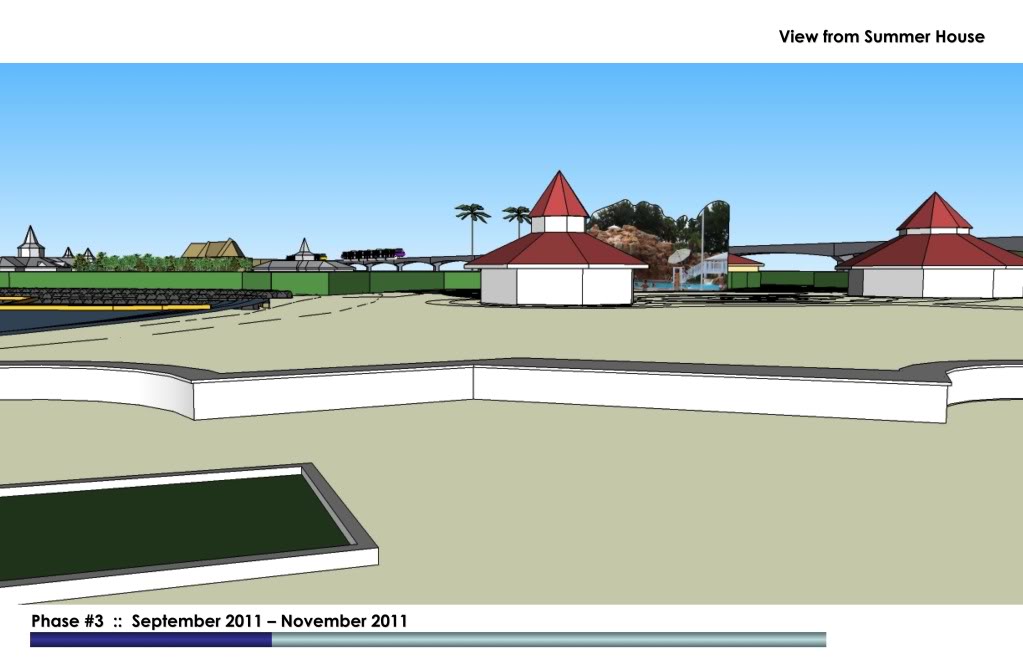