Disney Vacation Club has revealed a few new details regarding the additional studio rooms planned for Villas at Disney's Grand Floridian Resort, as well as modifications planned for existing villas. 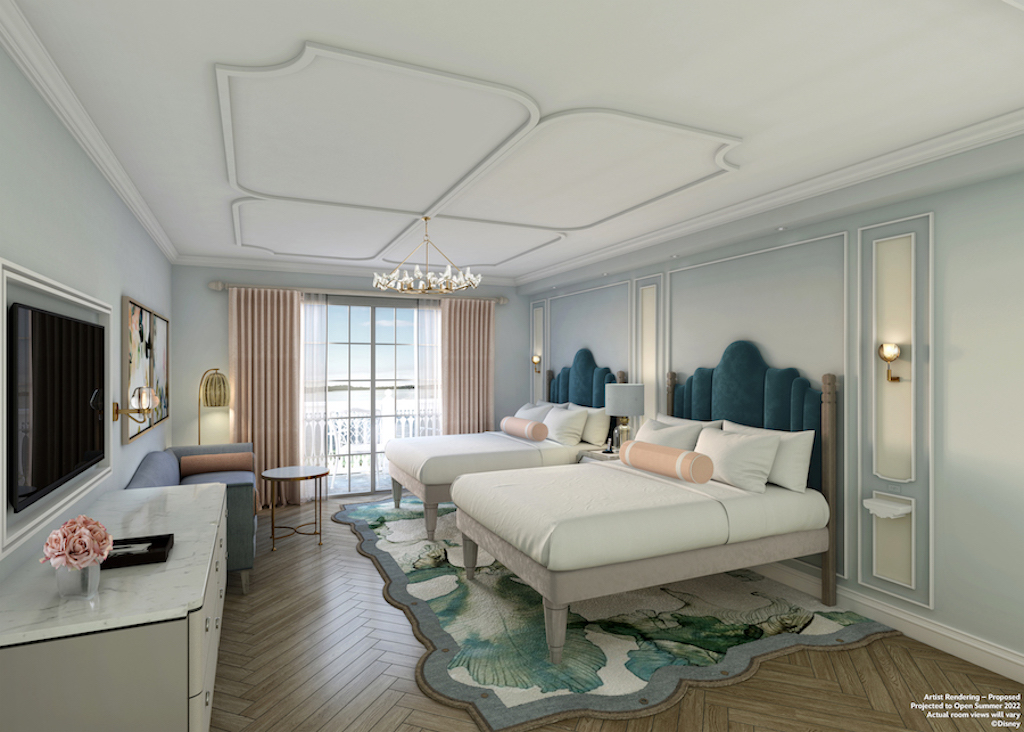 New resort studios (above), located in the Big Pine Key building, will feature two queen-size beds and a day bed to sleep up to 5 guests. The new rooms will feature a "beverage center" with a beverage cooler and coffee maker. The bathroom features a combination tub / shower with marble tile floors.

The new rooms ahve been dubbed "resort studio" as opposed to the traditional "Deluxe Studio Villa." Most DVC Deluxe Studios feature one queen bed and a full-size sofabed, along with a kitchenette. Some resorts even include a pull-down twin size bed and a split bathroom configuration. 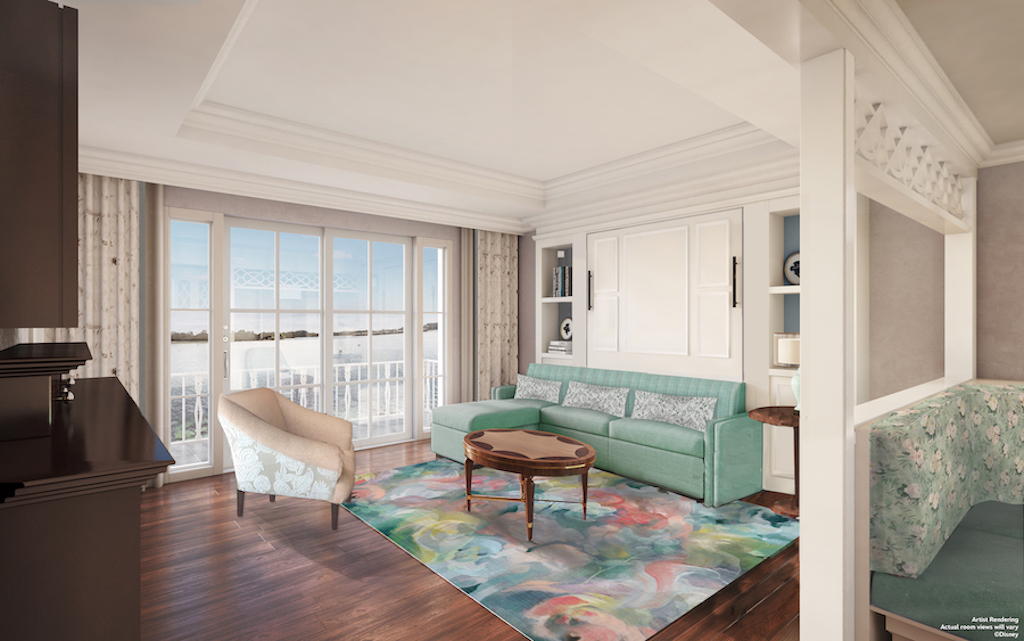 The 200 new studio rooms will be part of the existing Grand Floridian Condominium Association with booking rights to all rooms and a contract expiration date of January 2064. 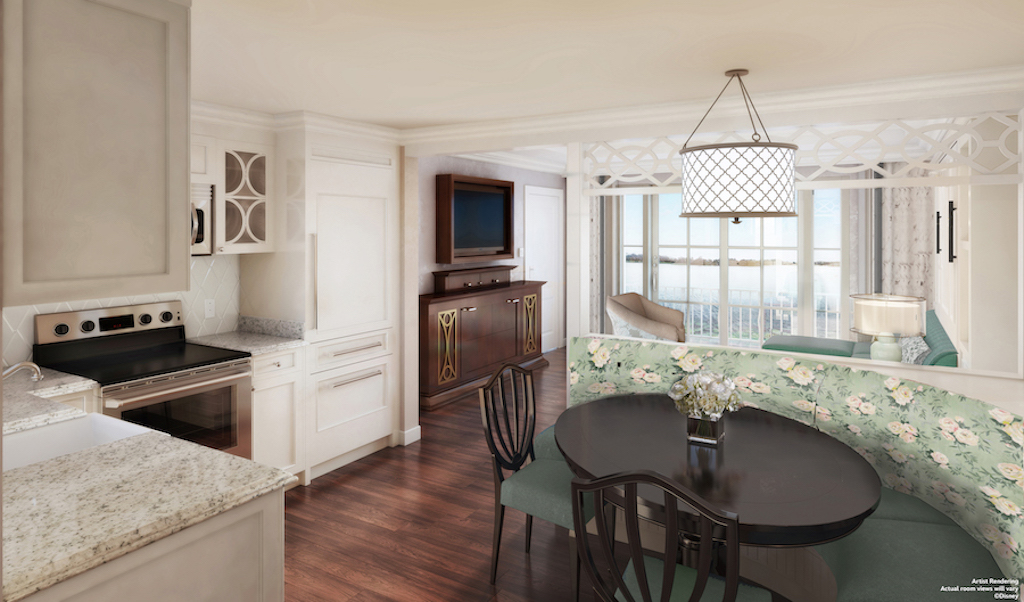 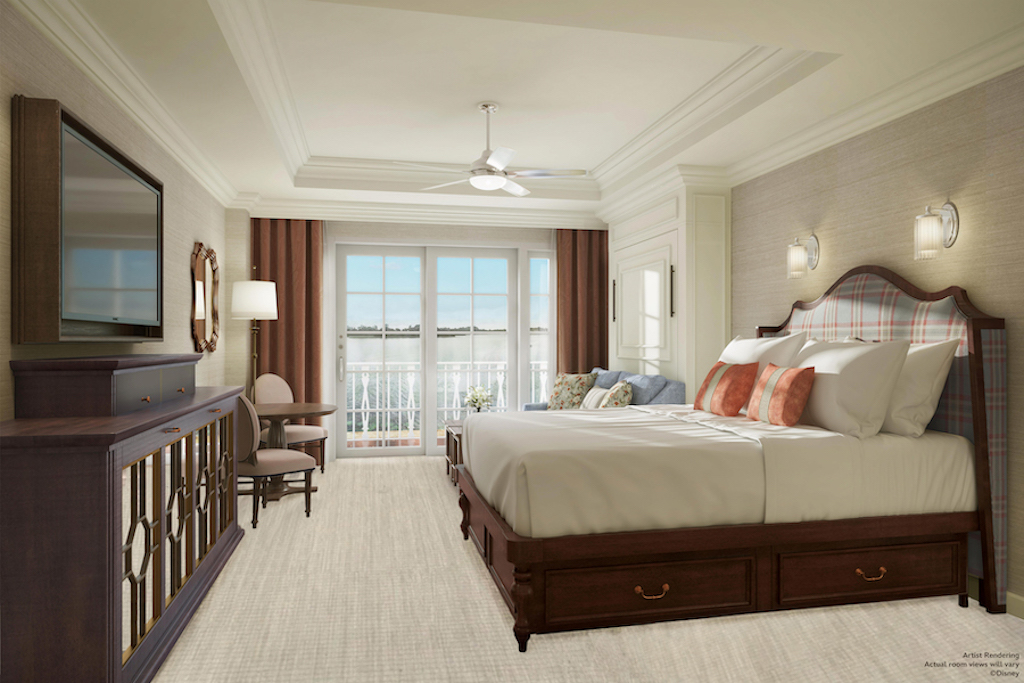 Minor updates to floor coverings, wall coverings and furnishings are typical in this "soft goods" refurbishment which comes as the DVC resort approaches its 8th anniversary in October.

Construction permits have already been filed for work at the Grand Floridan. No specific timelines have yet been revealed. The new resort studios are scheduled to open in summer 2022.