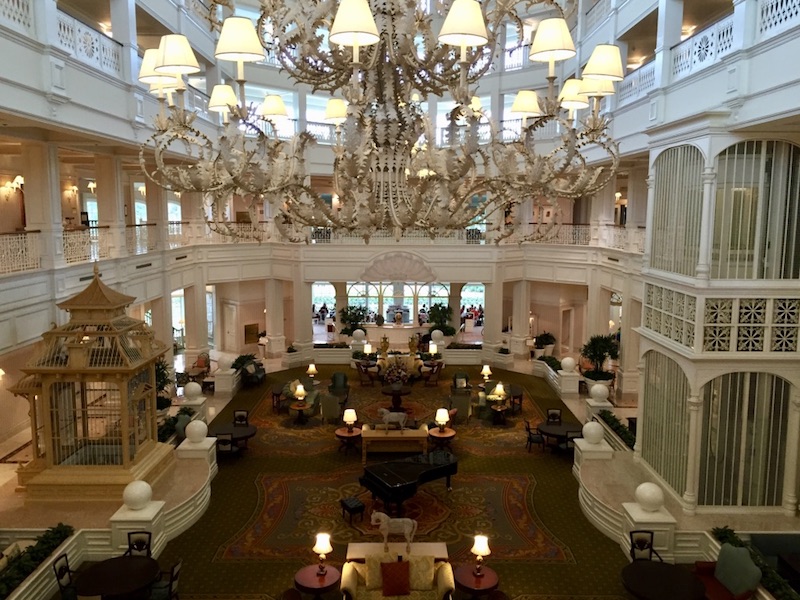 The last National Basketball Association teams have left the Grand Floridian and the security fences have been removed. On September 21, the resort's hotel rooms reopened to the public for the first time since the March 2020 COVID-19 shutdown.

With more guests staying at the property, Disney has also reopened waterfront restaurant Narcoossee's. It joins Grand Floridian Cafe and Gasparilla Island Grill as dining options. Enchanted Rose and the Beaches Pool Bar are also available. Meanwhile, 1900 Park Fare, Citrico's and Victoria & Alberts remain closed at this time. Note that dining reservations can be difficult to come by due to the limited offerings and reduced seating capacity.

Both the Beach Pool and the Courtyard Pool are operating, however early reports indicate that the Alice in Wonderland-themed kids play area had not yet reopened.

Direct boat service between the Grand Floridian and Magic Kingdom has resumed, and a brand new walking path connecting the two destinations is expected to make its debut at any time.

Disney issued a statement regarding the entertaiment change:

As you may know., we are always evaluating and refining our offerings and creating new ideas to build upon Disney stories. This philosophy is in keeping with Walt Disney’s vision for continuing to grow and evolve, giving Guests a mixture of familiar and new experiences with each visit. In alignment with this philosophy, we have made the decision to end the limited-time run of the Disney Society Orchestra and Friends this fall with their last performance being on Saturday October 3, 2020. We apologize for any disappointment that this may cause you and please be assured that we have shared all of your feedback with the appropriate Executive Leadership Teams.

No announcement has been made regarding new performers for Walt Disney World's flagship resort.