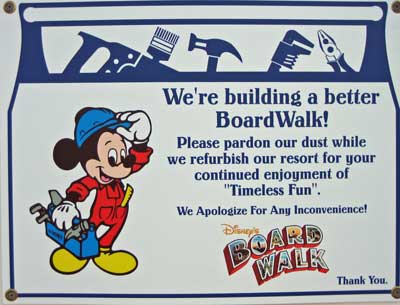 Walt Disney World prides itself upon presenting the most favorable image possible to resort guests.  However presenting that image occasionally requires public mainenance projects in guest areas.  Let's take a quick look at a couple of projects underway at Disney's BoardWalk Resorts. 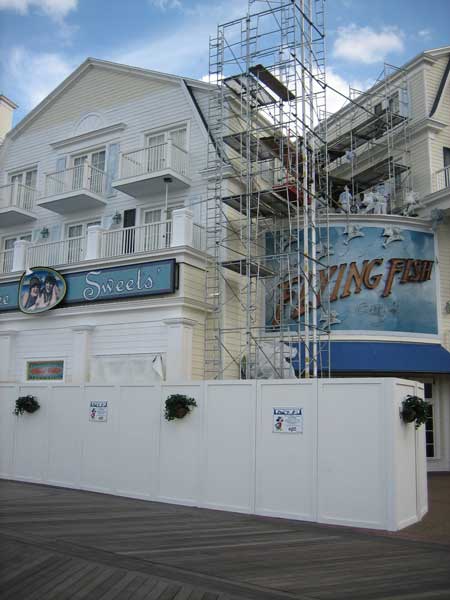 The first project has impacted the exterior of Seashore Sweets.  While the ice cream / candy parlor itself remains open, the area to the immediate right and left of the entry is blocked by construction walls.


It does not appear that construction is occurring to the facade of Seashore Sweets itself.  Instead the walls are up to help mask the scaffolding and other equipment in use for a project higher up on the structure.  Workers appear to be involved in painting and/or roofing projects on the upper floors of the Inn side of the BoardWalk. 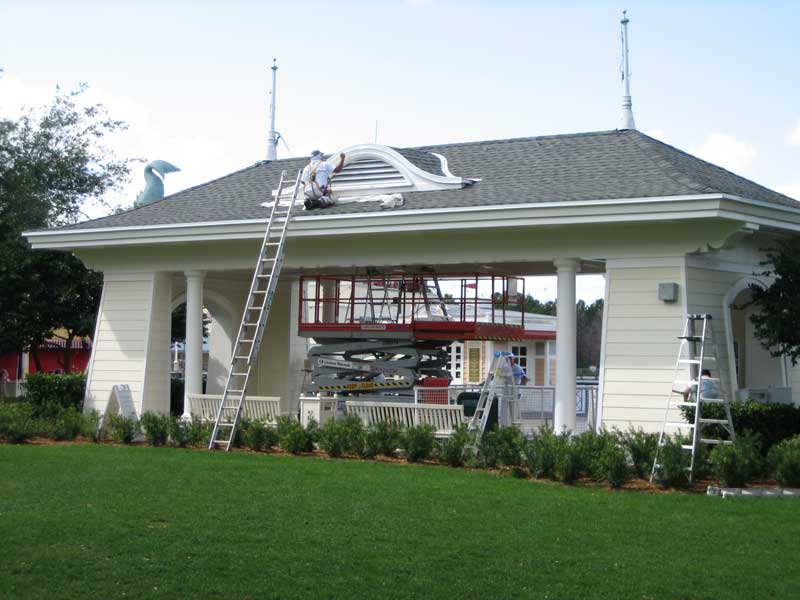 Elsewhere, the Surrey Bike rental pavilion received a fresh coat of paint last week.  This project had limited impact on guests as it was completed in little more than a day's time.


Projects like these remain a necessary evil to keep the structures in the sort of condition that Disney Vacation Club members and other guests have come to expect.

On a related note, here's hoping that a roof replacement for the BoardWalk Villas is scheduled for some time in the near future.