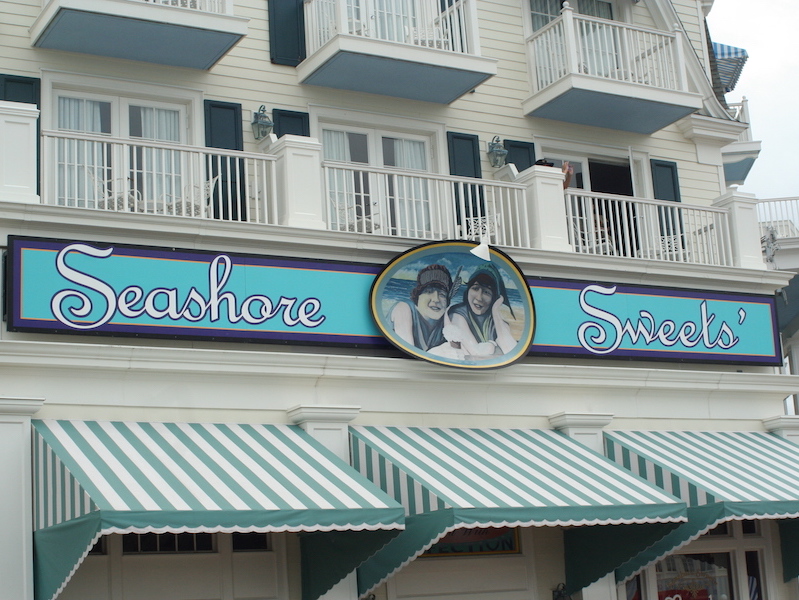 As previously announced, Flying Fish Cafe at Disney's BoardWalk closed on February 1, 2016 for an extensive eight month refurbishment.  Added to the chopping block are Seashore Sweets', ESPN's merchandise shop and the Yard Arcade, all of which are now permanently closed.

Disney has not announced how it plans to utilize space following the closures.  Rumors suggest that the former Seashore Sweets' location may become home to a bar or lounge, given its proximity to Flying Fish Cafe and Trattoria al Forno.

Elsewhere, large sections of the BoardWalk resort are surrounded by construction walls and scaffolding as crews work to repair and paint the building exterior.  The Village Green to the rear of the resort's lobby is significantly impacted by work, with many sections walled-off and the main building tower surrounded by scaffolding.

Photos of the area can be found in a recent post at WDWMagic.com.

In-room refurbishment on Disney's BoardWalk Villas continues.  The vast majority of the villas are complete, but some rooms are still awaiting updates.  No specific project completion date has been disclosed.