Disney Vacation Club members and other guests looking to walk between the Magic Kingdom and Bay Lake Tower at Disney's Contemporary Resort will be using a different path for the time being. 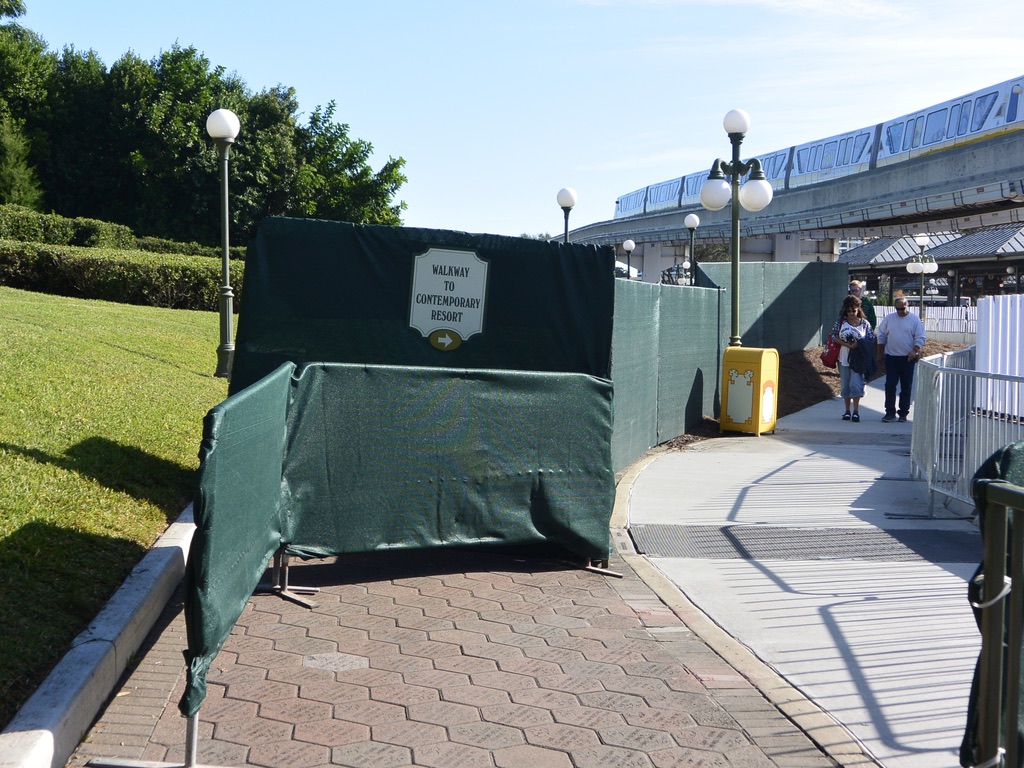 Construction walls have been erected so that crews can update the normal walking path between the Contemporary and Magic Kingdom. The first image above shows the point closest to the Magic Kingdom where guests enter the new path. The green walls screen the normal route, while signs direct guests to an alternate path closer to the bus depots.

During a portion of the walk, guests are actually walking in the bus lane (see second photo below) with ample barriers in place for safety purposes. 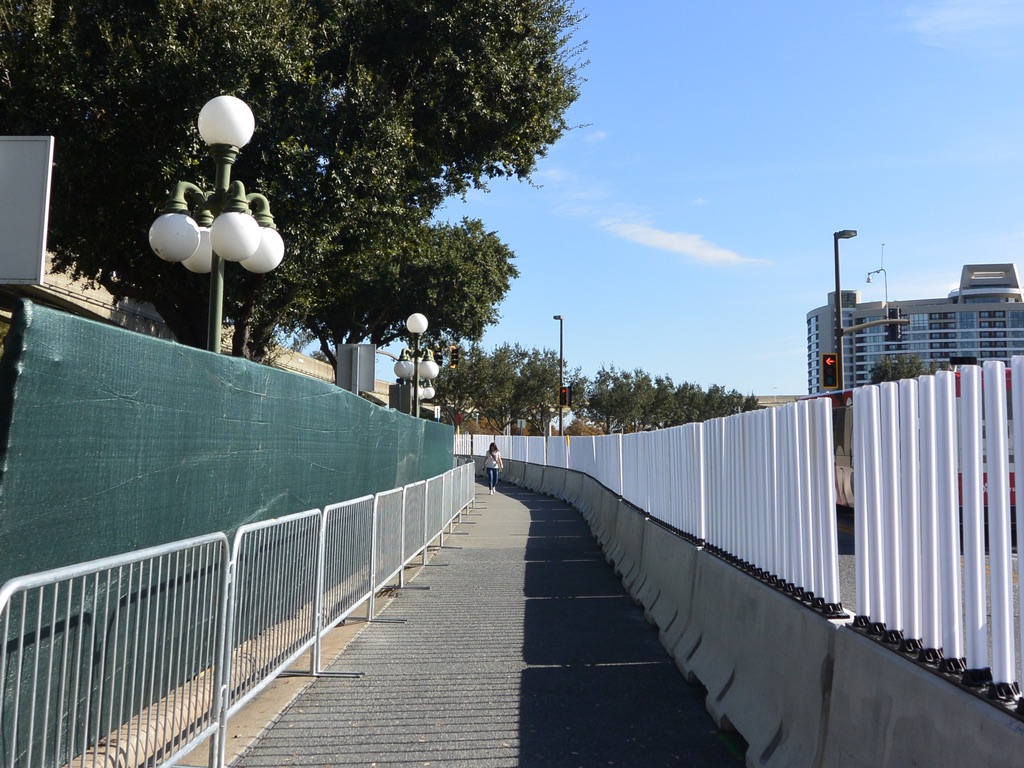 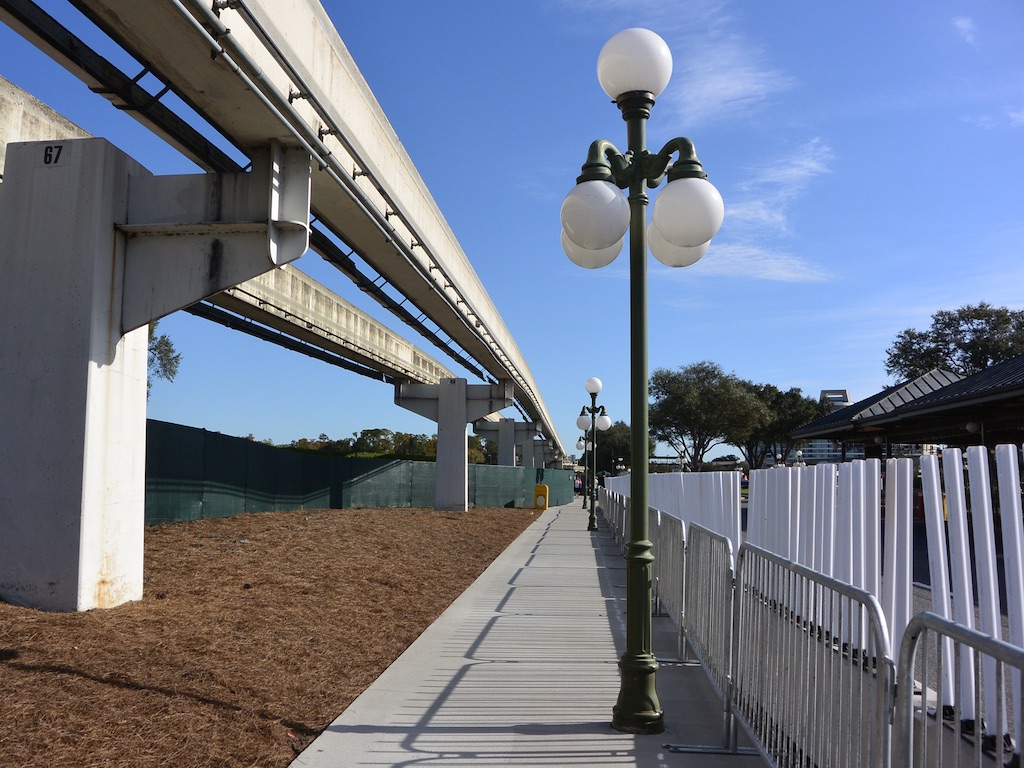 The final image below depicts a reverse view of the route, as witnessed when heading toward the Magic Kingdom from the Contemporary. The green walls and tarps screen the typical path, while signs direct guests to the current approach. 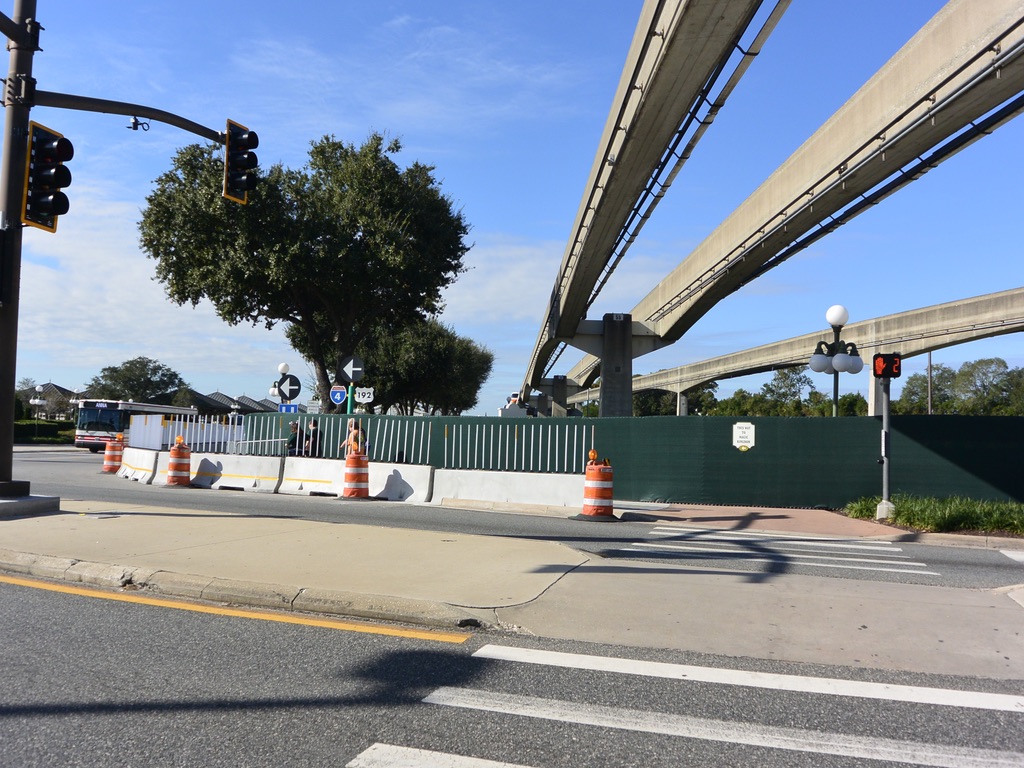 Similar walkway updates are under way on the western side of the Magic Kingdom as Disney works to add a path which will connect the Magic Kingdom to Disney's Grand Floridian Resort & Spa. In the spring, Disney announced it was removing the 20-year old Walk Around the World bricks as part of this pavement upgrade.

No timeline has been revealed for completion of either project.

Thanks to Wil and Denise for the photos!