Good news for those who are curious about point sales for Aulani, Disney Vacation Club Villas: The Hawaii Bureau of Conveyances (HBC) has, once again, revised its public website and has resumed displaying the number of points on Aulani deeds. 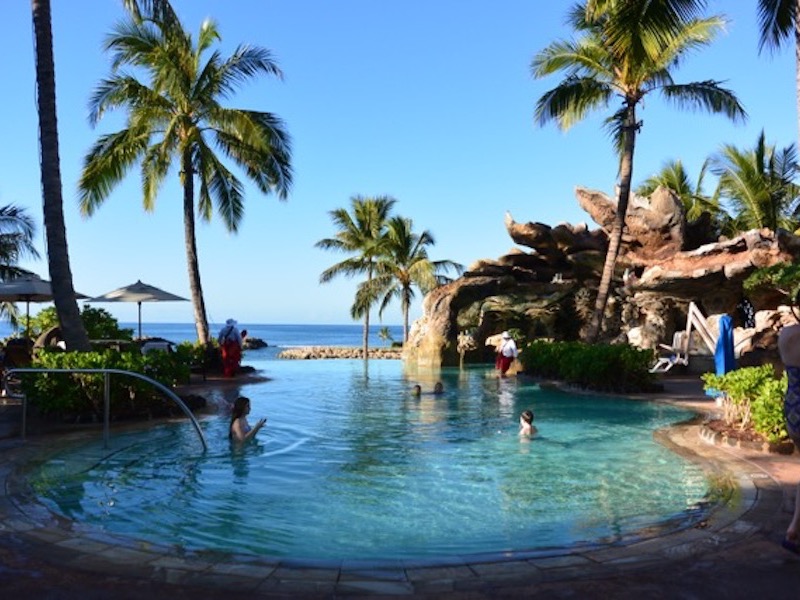 Since Aulani sales began in July 2010, gaps exist in the available sales information. There are several months when point information is not available, and HBC has updated its website only through late February 2018. Thus, we cannot get a complete picture of how many total Disney Vacation Club points have been sold for Aulani. But at least we can track monthly point sales for Aulani for almost four years.

For the 45 months from May 2014 to January 2018, Disney sold 2,330,794 points for Aulani, an average of 51,795 points a month. It would not surprise anyone that Aulani’s average sales is well below those of the Walt Disney World-based resorts Disney actively markets. For example, Disney's Polynesian Villas & Bungalows averaged 107,353 points a month while it was the focus of Disney’s marketing efforts at Walt Disney World. But what might surprise many people is that Aulani actually led all DVC resorts in monthly sales four times. It bested the Villas at Disney’s Grand Floridian Resort & Spa in September and December 2014, and then it topped the Polynesian in September and December 2015. 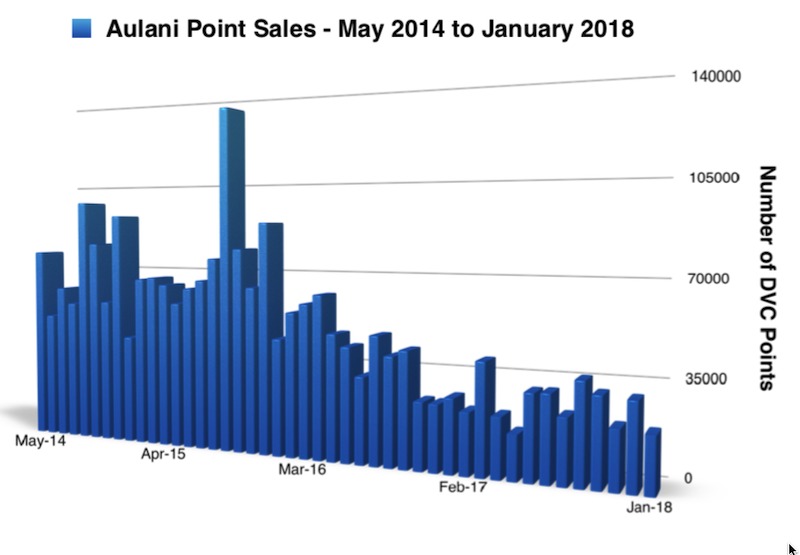 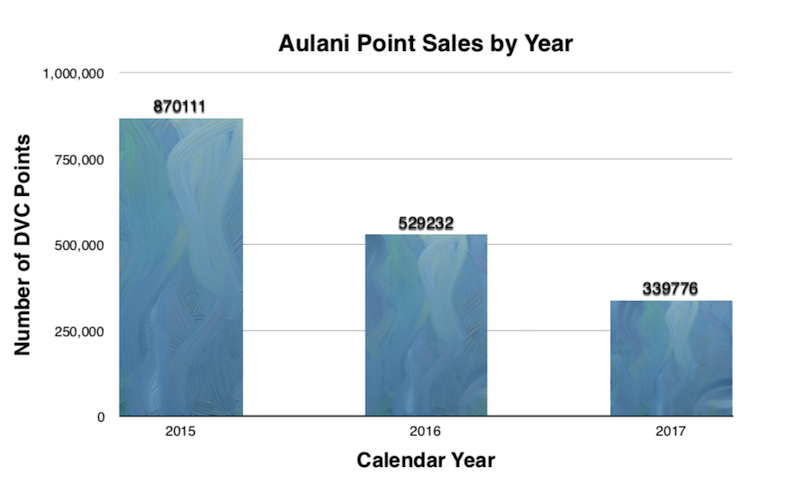 If there is a silver lining in these sales numbers, it might be that Aulani sales are beginning to level off. In the last 12 months ending January 2018, monthly sales have averaged 27,728 points. Interestingly, monthly sales in the first six months of this period versus the last six months have averaged about the same: 27,712 points and 27,744 points, respectively. Monthly fluctuations always occur in DVC point sales, but perhaps Aulani has finally reached a point where Its sales have leveled off.

Due to the limited nature of the information available from HBC, we do not know how much of Aulani has been declared for the DVC inventory. However, there are two indicators that allow us to make an educated guess. Aulani has 467 DVC vacation homes, but the resort’s 2018 DVC operating budget is based on only 251 vacation homes, or 53.7% of the total number of vacation homes. This indicator is not exact because a “vacation home” can be anything from a DVC hotel room to a three-bedroom grand villa.

By either measure, it appears that over half of the Aulani has been declared, but that 40-45% is still under the control of Disney. By comparison, Copper Creek Villas & Cabins at Disney’s Wilderness Lodge, which only started sales in March 2017, is already 74.1% declared for the Disney Vacation Club.

As more information becomes available, we will update the status of sales for Aulani. Given that there are another 5 million points left to be declared--and Disney Vacation Club is selling about 50,000 points per month--we will probably be reporting on Aulani sales for many years to come.