'Olu, the newest friend of Duffy the Disney Bear, will make his debut next week at Aulani, A Disney Resort & Spa. 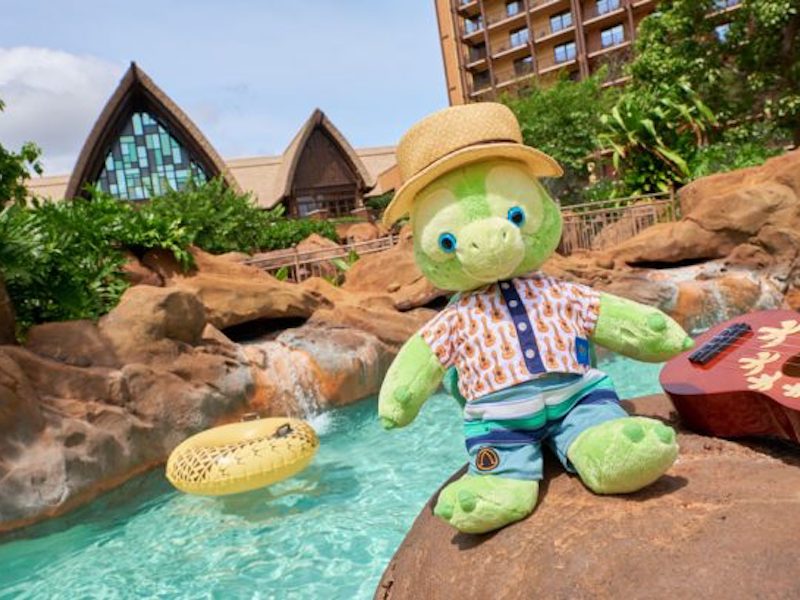 On July 27, a new line of merchandise is set to launch at Aulani featuring 'Olu. The Disney Parks Blog published the backstory behind this latest addition to the Disney family:

As Mickey and Duffy sailed the islands on a quest to find the perfect birthday present for ShellieMay, rhythmic sounds of an ‘ukulele called to them over the ocean, leading them to a cozy cove and to ‘Olu, a kindhearted turtle playing happy music.

‘Olu smiled and shyly greeted Duffy, “I play my ‘ukulele to make songs of love. Want to sing with me?” ‘Olu strummed a beautiful song for his new friends. “That will be the perfect present for ShellieMay!” said Duffy excitedly. Off to the party they went, singing the special song together for their birthday friend.

Located on the Hawaiian island of O'ahu, Aulani is one of the fourteen Disney Vacation Club resorts.  It features more than 450 DVC villas and 350 hotel rooms.  Points are still available for purchase both direct from DVC and via the resale marketplace.